A few months ago I have start make real airports in scale (partly) and create my first airport - Asahikawa Airport, a small city in the center of Hokkaido. The airport mainly operate domestic flights to Tokyo and Osaka. There is an international route to Taiwan regularly and seasonal flights form Far East during summer.

With the big wings and R&D update, the design has evolution to more realistic. 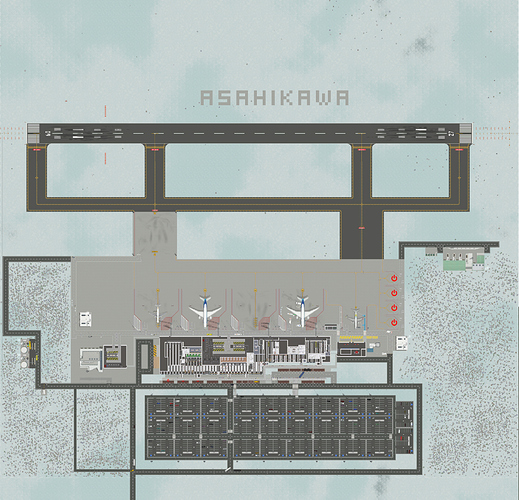 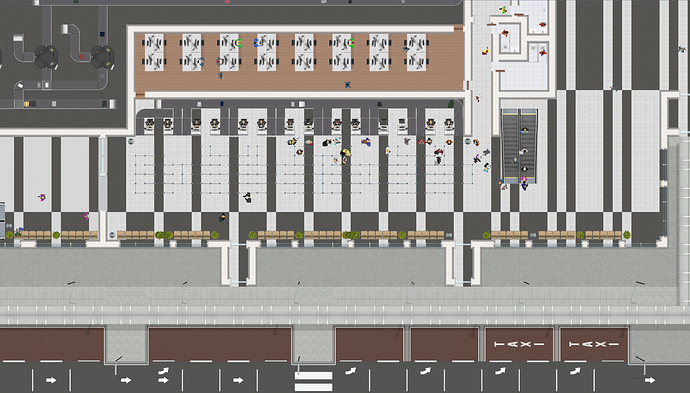 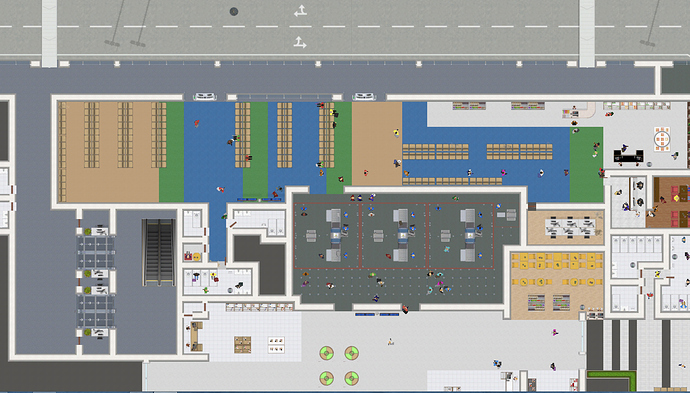 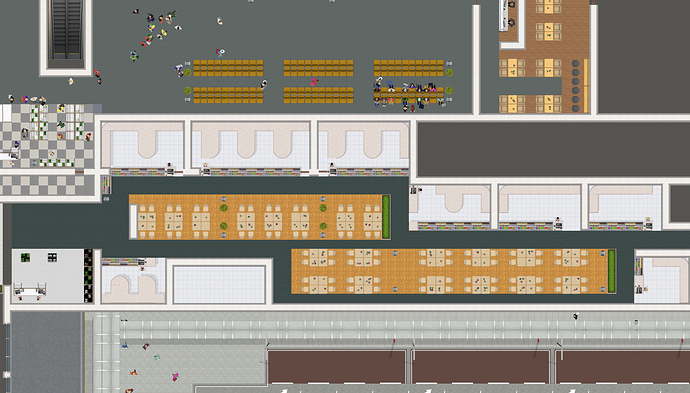 Food court1767×1008 1.15 MB
Want to a meal before flight? A nice food court can satisfied your stomach with wide range of restaurants 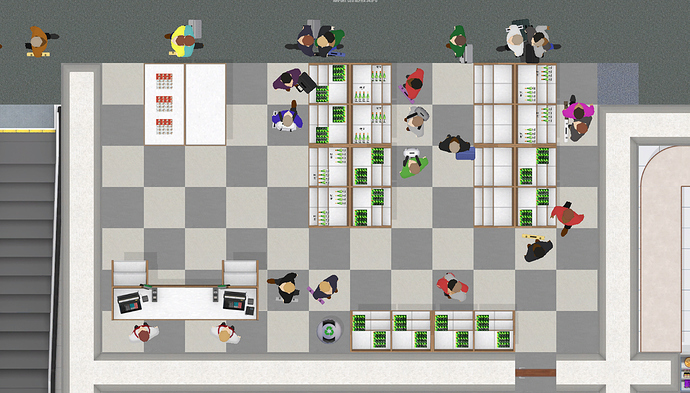 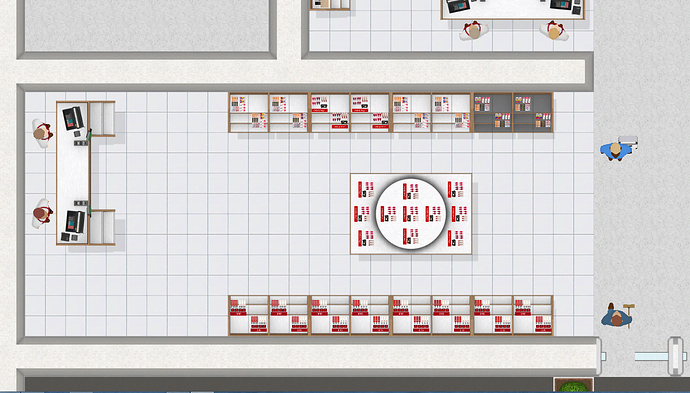 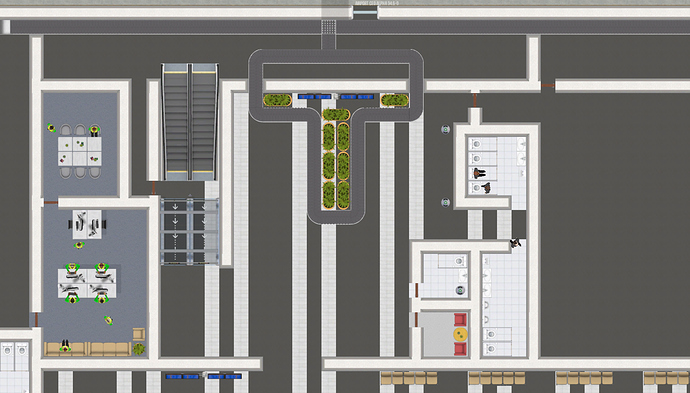 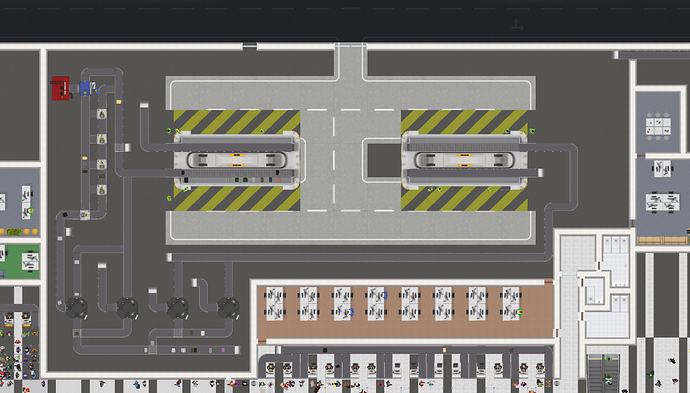 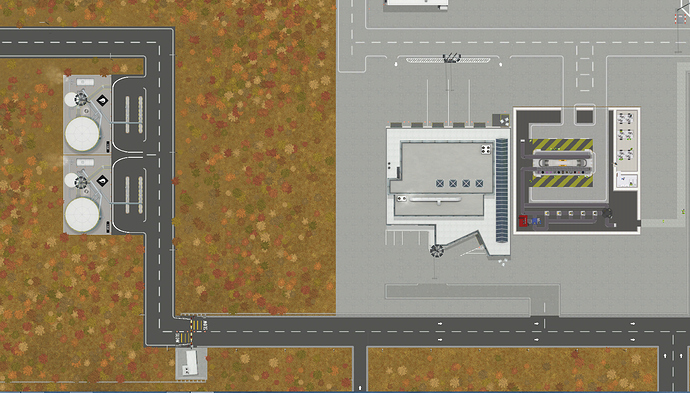 Back of house service1767×1008 1.29 MB
Behind the scene - International baggage bay and supporting facilities

And this is the real image from aerial photo: 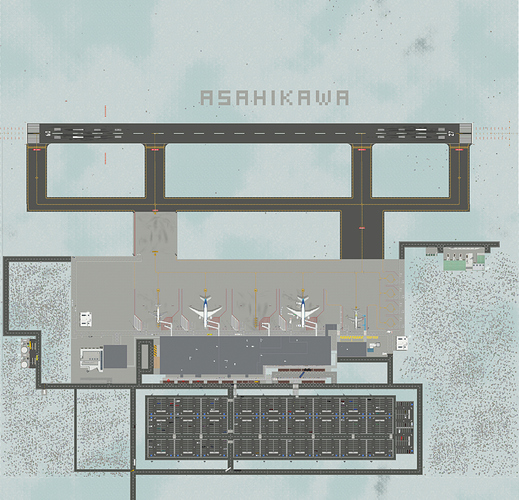 Wanna to try operating? Click the link below and get start 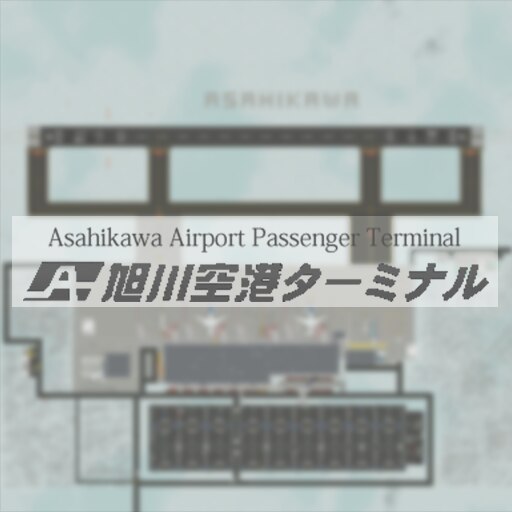 I am mind blown! This is so creative!

Before upgrade Asahikawa Airport to Alpha 35, Here is another airport in Japan with new Alpha 35 version: 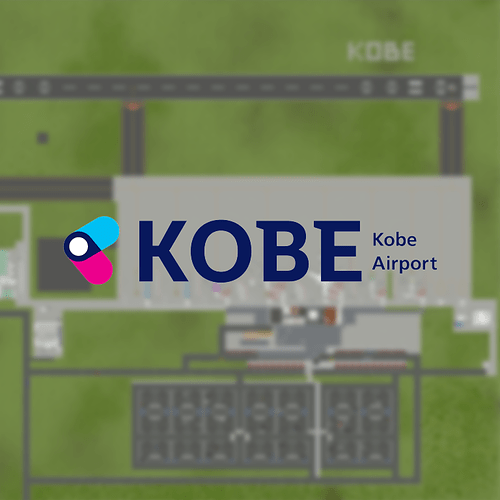 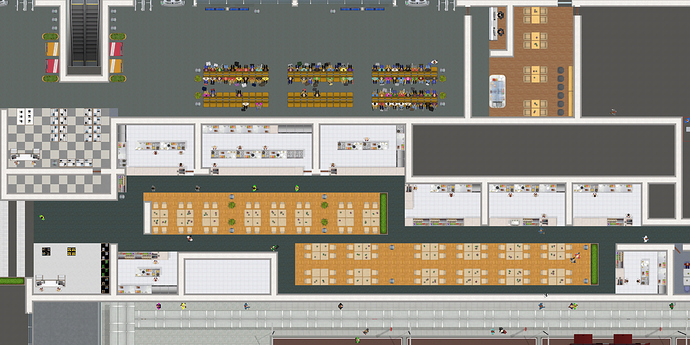 Remarks
-The game save is blank without signing any contract
-Recommended playing with my Japan business mod for fill up all shops and restaurants contracts!
Link: Steam Workshop::Asahikawa airport