So with the latest version we can finally clearly divide an arrival area. And with the heat map I can better analyze the flow.

Similar to many airports, I’ve got an entire floor for the international arrival passengers and there’s huge space for them. But I just realize that they are so energized after their flights and maybe use the bathroom by chance. I built some shops before passport control but they all end up with 0 sales. Then I had one shop at the baggage claim area, which is out of the international zone but still inside of the secured zone. It still ended up with merely any sales. Similar situation with restaurants.

So what’s the behavior pattern like for arriving passengers? Or at which step will they be more likely to shop? (I personally prefer going straight to the exit but I do like to hang on a bit at the arrival duty-free when taking international flights especially when returning home).

From what I’ve observed, they generally hit the exit. But I’ve seen a few go through the exit and loop back around into the unsecure area to use the bathroom before leaving instead of using the ones in the arrival corridor.

And One more thing I’d like to ask here is passengers’ preference on franchises?
I got a few shops together but some have reasonable sales but some have no sales.

If this question is still related to arriving passengers I can’t help, but the departing ones like to shop after having checked in and passing security, when they wait for boarding. If you click on a passenger you see four different bars: Bladder, Hunger, Energy and… Fun. And Fun’s pop-up text says: Passengers like to shop when they get bored. And that happens when they’re done with what they have to do to.
My shops in the entry/exit area of terminals don’t sell, but those inside the secure zones do almost as good as food franchises.

This will surely be more balanced in 2021 before we launch the 1.0 version, but ideally passengers waiting for baggage will also make some small purchases or have a snack. Is this not the case in your save?

Maybe the shop is too far away from the Baggage Claim? 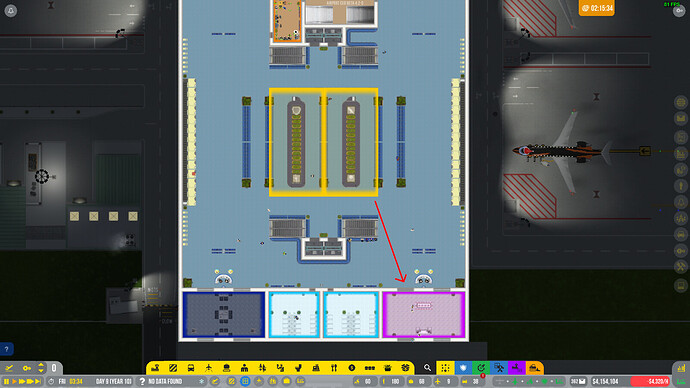 @Olof On the topic of needs bars, can I suggest you dial back on the decay rate so they have a bladder larger than the size of a pea and aren’t having to go use the bathroom every 30 seconds? It’s not like staff are doing a whole heck of a lot to warrant having to do that unless they’re walking around with a water bag IV in their arm the whole day.

Thanks for answering! Yes I do have some passengers purchasing stuff at baggage claim.

And my other question is actually about the franchise level. If I have a 3-star shop and a 5-star shop next to each other, which one would the passengers go to?

Curious to hear how the segregation options are in Beta 6? Is it that there is now a heatmap (great feature regardless!) or is there now some element of being able to more easily split arrival and departure beyond the current Beta 5 methods of only doing it via a jetway to avoid merging zones via the stand zone

just interested to know as I am currently sticking to the default branch due to less time to play the game at moment.

No, there has been no changes in relation to pax segregation and won’t be any further going forward. We never originally intended for segregation to be part of the game but due to requests from the community and a relatively easy way of implementing it as an option we decided to do it the way its implemented today.