Anyone know how to completely delete a stuck aircraft?

Hi all. Does anyone know how to completely delete a stuck aircraft from the game? I have several aircraft stuck in the deicing station, which seems to be a well-known bug. Unfortunately these aircraft never clear – they just sit there eternally. (Other aircraft stuck in deicing sometimes clear on their own, but not these ones.) These particular ones have been there for more than a week of play. They’re also stuck on my flight status list. I would love to just get rid of them but I don’t know how. Any tips? 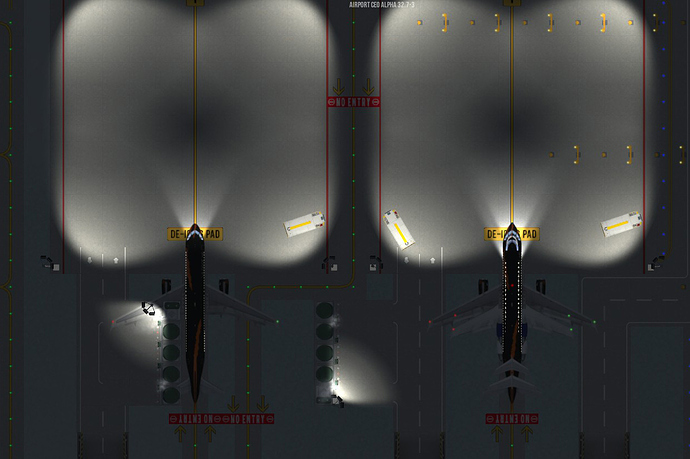 Never had this.
I’d try a save/load, and if noone else has a better idea: learn to edit the save files and try to delete the flights there… but first make a backup

There is any possibility to delete single flights in any .json file…

You need to edit your GameSave JSON file. Dallas did report success after this guidance.

Yes, I successfully deleted dozens of flights stuck on the de-icing pads. A real hassle.

If you want to delete ALL flights:

Thanks, @dallas. I’ll give this a try later and let you all know how it goes.

So there’s no need to delete the inserted linefeeds? I mean, can the game load the save file with linefeeds?

Game can load with linefeeds.

I tried to delete all the code in between commercialFlights without success. I still have those 4 planes stuck in the middle of nowhere on my map.

I successfully deleted one flight but I didn’t attempt deleting all commercial flights. I’ll get to the others later today. @dellonia, I’m curious what happened to your other flights (aside from these four stuck aircraft) after you attempted to delete all flights.

Actually, i took the time to empty the airport first, meaning that only those four planes were in the airport. However, they are listed nowhere in the schedule planner. Impossible to find them.
In my save, I found something interesting. While i could find the planes with dallas’ trick, I also saw that in the entire line other flight numbers appeared. For instance, the last one is a lufthansa one with the following reference : LH161. After the first appearance, I only found LH162 code. Is this the reason my planes are stuck ?

That’s what I though, but in game, the plane has the 161 code, not the 162. Before it got stuck, the plane was leaving the airport. That’s why i don’t really get what happened in my save.