Airline Description: Allure is the luxury airline. Companies catchphrase: Fly Allure, Fly in style!
Started in the booming 60`s the company grew rapidly and by reaching the 21 century they expanded to the upper class of the economy, offering one of the most exclusive flight. Next to the wider seats, more legroom and bigger overhead compartments, they offer 110V/230V connections for your electronic devices. Also all food, drinks, entertainment and wifi inclusive, for all classes.

Nice. Like how the logo and aircraft design are tied together

That’s a very neat livery. Could actually see this in the real world.

Thank you guys! First 2 designs were really struggling but this one came out so much better. Does it need some improvements?

This probably just won. I wish mine was this good.

It’s kind of interesting to see how a livery can be close, but pretty different from another airlines livery. It looks a lot like the Pacific Air livery. And you know what, that’s perfectly fine! Great job! Your logo I really stands out. It’s very simple yet, nice.

One thing I think you could have done a lot better with is keeping the original gradient. The design looks great, but since that gradient is gone you loose the roundness effect.

No man, it’s amazing as it is. Definitely in my top 5.

So I updated the design, had some spare minutes left…
Added some gradient to the fuselage of the plane, I didn’t want to add too much, so I went very subtle on it. 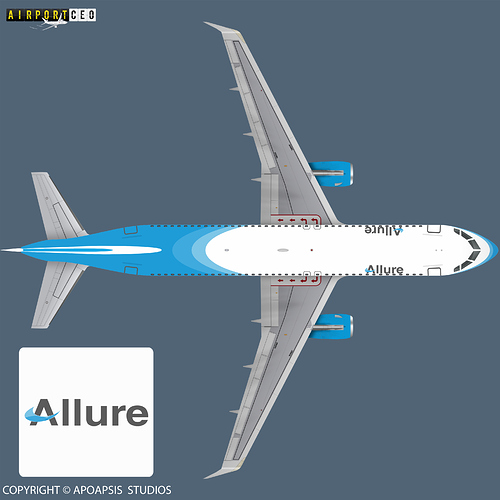 It is a very light gradient, but as a said. It does add a lot to that 3D and roundness feel.

I literally can’t see what is new. And I think it will be even more unrecognizable in game.

Can someone show me?

The drawing is a bit simplistic… but it will do the job.

I don’t see any difference either…

This is the difference, it’s very small, but it makes a lot of difference. 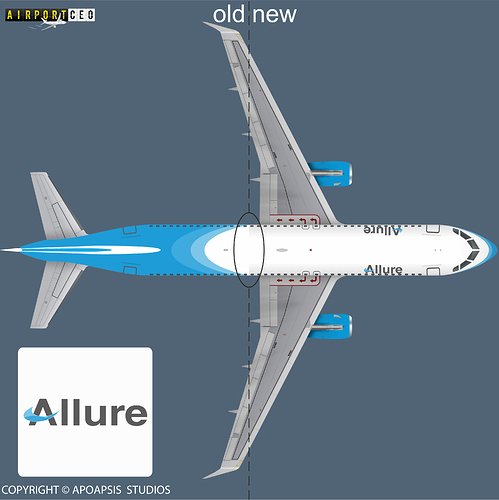 Now I see, and it looks way better.

But still it will be very hard to spot in game

I spotted it straight away.
One looks flat, the other, not so. Maybe it relates to monitor settings / color reproduction though?

I’m happy to see my design being in the top 25. Thank you all!

Thanks! I appreciate that.