Glad to report that I have found the other mods. Steam is using folders on two different drives (C: and D:), some of the mods have been installed on the D: drive, the rest on C:, for some obscure reason. Whatever, at least I can build the rest of my private mod now.

Glad the Native Mod guide has help another one. Its old and most images are uncorrected for the Mod folder and airline folder but there is an update explaining that. Hope it wasn’t too confusing.

@twocflyer, thanks for the guide. It was indeed a great help, regardless of any differences, I understood enough to build a mod, either from scratch or a customized compilation like I am doing here.

Took a look into the tutorial, it’s well written, but is there anywhere a downloaded airline can be altered. Just for example, i would like to edit Air China, and make a version where i only have the big aircraft.

The subscribed airlines are in your Steam Games directory.

SteamApps → workshop → content → [game number] → [mod number]
The subfolders below “Companies” can then be copied to your native private modpack and then you can adjust the .json file to remove aircrafts you don’t need. You can do that with any airline you want.

So that wasn’t so hard. Made a new folder, inside the mods folder.
Took the OG mod airline. Took out the airplanes i didn’t want, and edited the JSON to update the fleet. Started the game, and they all show up under Native mods. So i made them all active. But they don’t get offerd in my save? What am i missing?

Also, instead of moving files, what happens if i just edit the file in the SteamApps → workshop → content → [game number] → [mod number], take away the airplanes directly in there and edit the JSON?

Also editing in the steam folders ive never done before. So not sure how that will work when the mod is updated or when you leave and load team again. Never tried it so I can’t say. I prefer to have natives myself, I only subscribe to copy and then I unsubscribe myself. 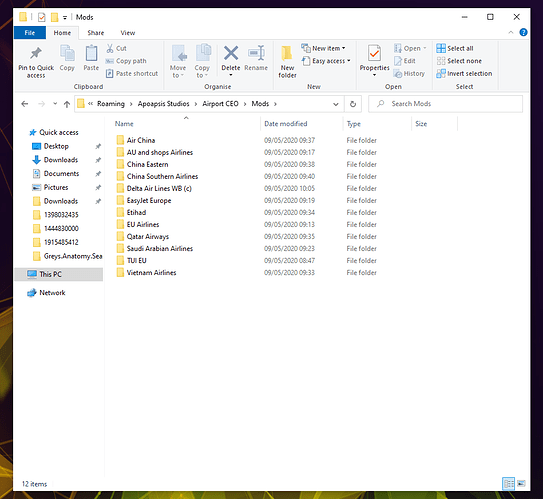 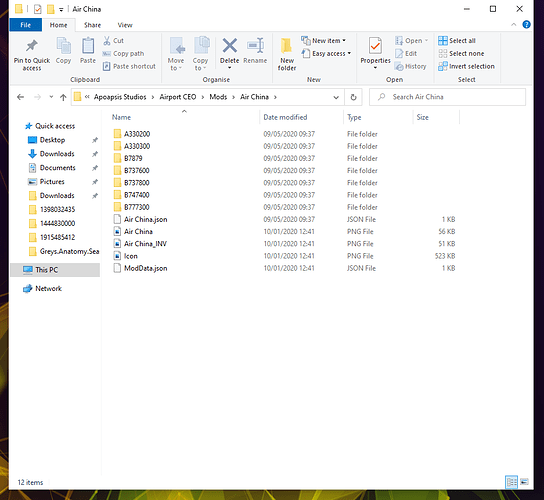 I see your problem
It needs to go:

Right i see it, went back to see how the OG was structured.

Also make sure there Is no comma after the last aircraft in fleet. thats a common mistake too 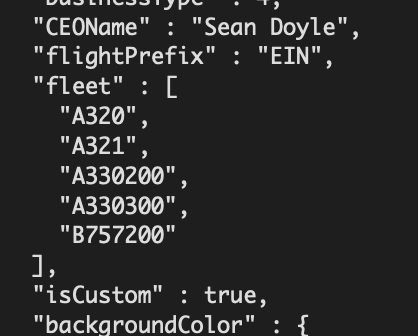 Yeah i did check that. I re did Air China, and now copied the Original file right in to mods.
…\Apoapsis Studios\Airport CEO\Mods\1941352144\Companies\Airlines\Air China
So that means the folder structure is right. Then went in, took away the airplanes, and edit the JSON, no comma after last airplane. Should work?

Okey, will do that from now on. But Air China is still not showing up in-game so far.

And it was my fault haha, since i took away medium aircraft. i didn’t get the offer since i did not have big stands at my airport haha

Lol, thanks, will do the decorating later, Operations comes first! 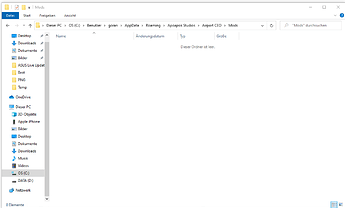 How do i get the modes in this folder?