in many big airports in the real world, passengers can use a train or metro system to go from terminal to terminal. i think this would be very cool as right now there are no ways for passengers and staff to get from building to building without actually walking out of one and into another.

it would also be cool if there was a train/metro track coming in to the map at the start of the game, similar to the starting road. you could connect a station in your airport to it, to have passengers arrive by train/metro directly from the city.

if you have any ideas to expand this idea or any criticisms of what i already have here, post them in the comments below! thanks for reading!

I like the idea of a people mover/monorail/shuttle between terminals. I don’t think we need the train as you can already have a subway station.

I don’t think we need the train as you can already have a subway station.

metro and subway are the same thing

or moving walkway from terminal to terminal 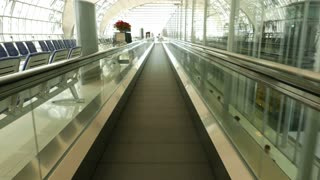 Yes, but a subway that brings new passengers in might be different from an airport internal subway system. Some airports have monorails/subways/people moving systems but are not connected to the main railway system.

I’m not sure if it’s in the release build, but there’s already a subway station building in experimental.