Toronto-Pickering is a new airport serving the Greater Toronto Area. Built to alleviate traffic at Toronto-Pearson, Pickering contains 8 gates for 737/A320’s and 7 gates for Q-400’s. Featuring all the amenities that a traveler would need including a Ziti’s and two Petit Bisou cafe’s.

Pickering is poised for growth as it proves to be an attractive alternative to Pearson. 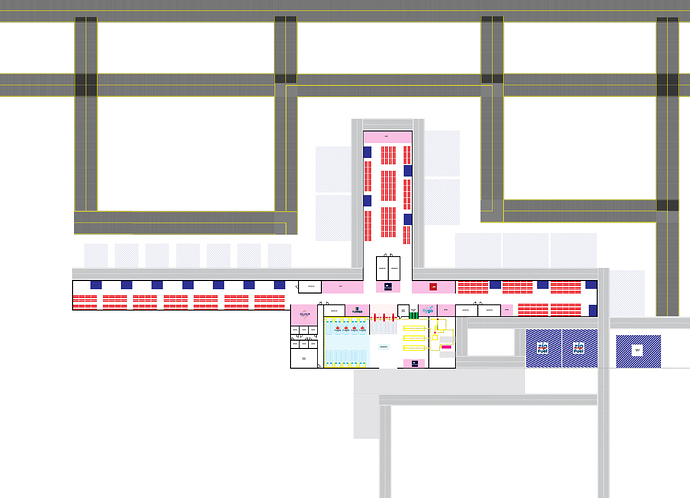 Has anyone thought of what your first airport will look like?

Wow! I didn’t think anyone would actually plan ahead. Great job!

Really nice. Where are you planning on sticking the baggage terminal?

Baggage is directly to the right of the check/in security hall. Bottom middlish area.

I think I made it to small but there is room to expand it to the right.

I see it now, looks like it should work fine. Love your design.

Wow, very nice. I had a similar idea, like putting the baggage bay “behind” the terminal, but without the pier.

Looks great! Love seeing how people plan ahead and all that!

I have a plan to build an airport inspired by Aberdeen, just so that I can test out some of the features and compare and contrast to SimAirport.

I’ve done some basic sketches so that I can get going straight away! Love your design too

What software did you use to do that?

Do you have another airline? 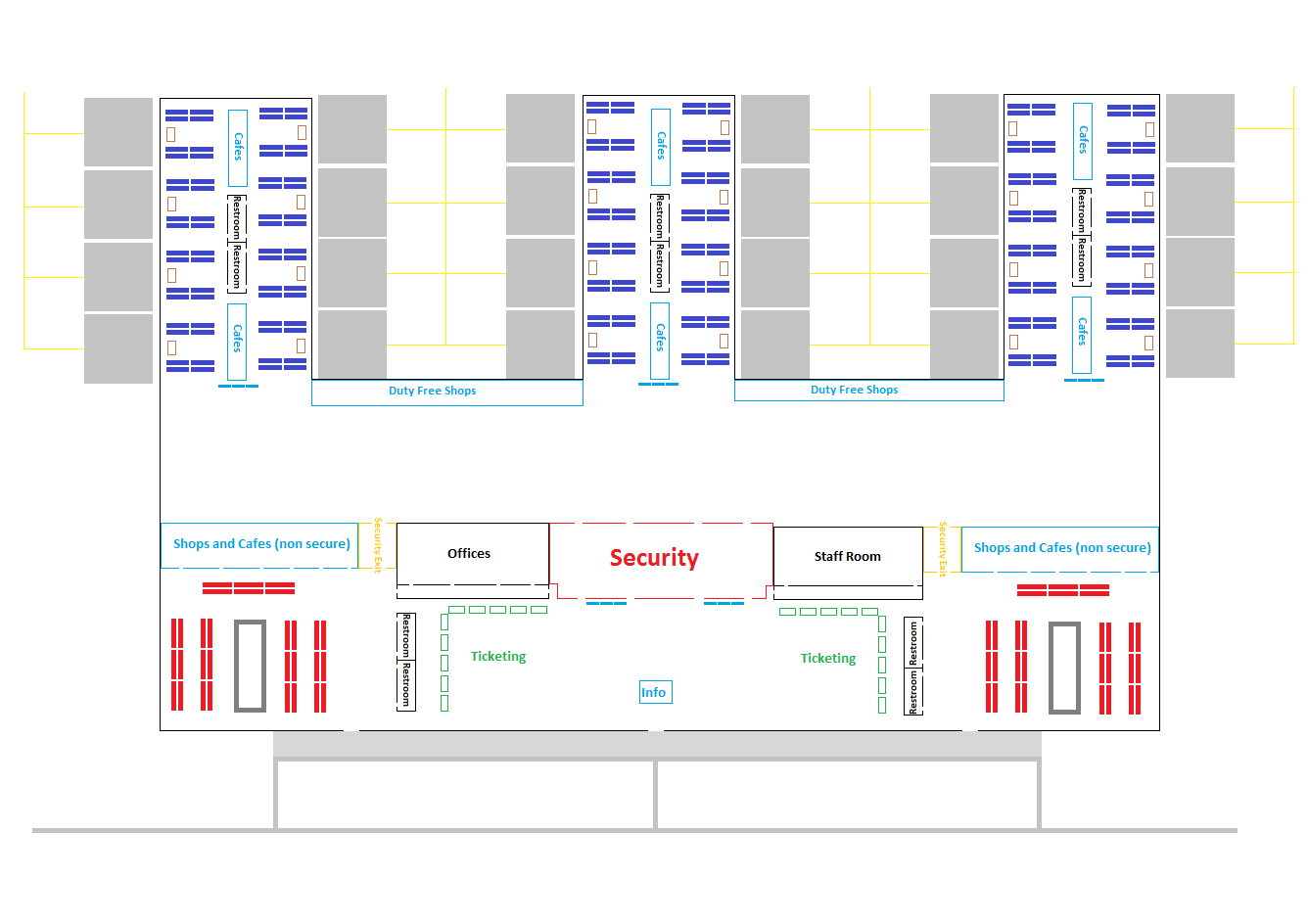 I went ahead and mapped out my airport using the primitive MS Paint program. What I found is that my concourses will need to be a bit wider for sure, perhaps a big longer too allowing a bit of space between each medium stand, but will know for sure when game arrives.

My secure side needs to be narrower as there is a lot of extra wasted space, but the rest of the airport seems pretty good. My baggage terminal and vehicle depot will be directly above the middle concourse allowing for quicker delivery of baggage and fuel trucks. Plan is to have 2 runways, one north of the terminal, the other west of it going perpendicular to the other. Fuel depot will likely be to one of the sides, probably right side of the map, and tower somewhere in my taxiway system north of the baggage terminal.

No plans on GA or smaller stands at the moment, could expand extra concourses on each side at a later date. My goal was 20 gates, I have 24 in the plan right now. As you see 2 baggage claim belts and 2 ticketing areas at the entrance, plus shopping, dining, bathrooms, and seating right next to the carousels while they wait.

Yea i could move the concourse cafes down to the back side of that block, freeing up space for more gate seating and eating some space. Probably could add additional dury free on the back of the offices and staff room too.

I’m putting this with the already existing topic

Maybe rename the topic then, since there are now 2 airport designs here, mine isn’t Toronto.

Why? This is not the same airport or same designer? The category “player content” is meant to post your own things right? So everybody has the right on its own topic, not? Otherwise the title of this topic is now misleading…

I disagree [almost] completely, though I do think the forums in this shape aren’t quite fit for purpose. Airport designs would be one category which has it’s own thread, there can be many other “Player Content” related threads for example reskins or mods.

I do think that there should be more “Sub topic” like posts though to accommodate the broad depth of a name such as “Player Content” or “Ideas” such that each individual idea can have it’s own discussion, but in it’s current form I think a reply chain is the cleaner, easier to read method than an infinite number of individual threads on the main topic page.