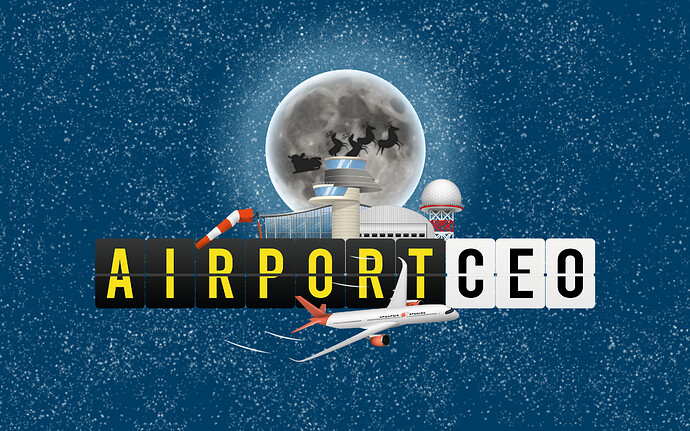 As the season of vacation is soon upon us, most CEOs will take a short break from their busy lives running an airport to spend time with their loved ones, perhaps in a bit more digital fashion this year. We will too, but before then we have another update in store for you: Beta 5 has just now been deployed on the default branch and is another quality of life update containing loads of bug fixes, balancing and some minor new features.

Just like with the previous and future beta updates, we are now at that stage of beta development where we’ve primarily completed the implementation of the remaining major updates and are fully focused on bugs and balancing. The deployment of beta 5 marks the end of this year’s last beta sprint but do not fear as the next beta version is just around the year’s corner.

Congratulations on your new computer and operating system! However, as you probably know, application support for the M1 chip is on multiple fronts in an experimental state and that includes Airport CEO. Running ACEO on the M1 chip is currently not supported, however we’ve updated the Airport CEO website’s help section with some tips on how you can get it running if you’re experiencing stability issues. A future update in 2021 should provide stable support for MacBooks with the M1 chip, as well as any other stability issues with macOS Big Sur.

If your UI text labels suddenly aren’t rendering, if you’ve lost your game files or both then the above link will have all the information you need to fix those issues.

Now, let’s take a look at what’s changed in this version…

Yet another community requested feature has made it into the game, and this time it’s time for diagonal taxiways! They can now be dragged out at a 45 degree angle and will allow for a new building style and a new way to think about the structuring of your taxiway networks. 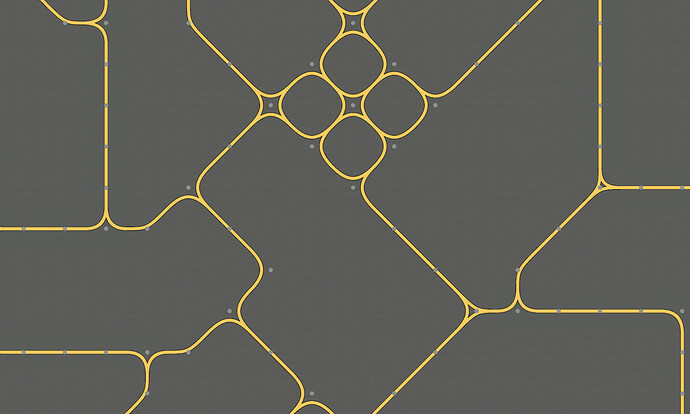 We’ve of course already received feedback on slanted corner pieces for taxiway foundations as well in order to box in diagonal taxiways a bit better and this is something we’ll be looking at next year.

As a small 2020 parting gift, the Boeing 767-200 and -300 will now be trafficking your airport as part of the Stripe and Olympus airline fleet. The -200 is the biggest medium sized aircraft yet and yes… it’ll be a little cramped on those medium stands (the -300 is classified as large)! But two beauties none the less… 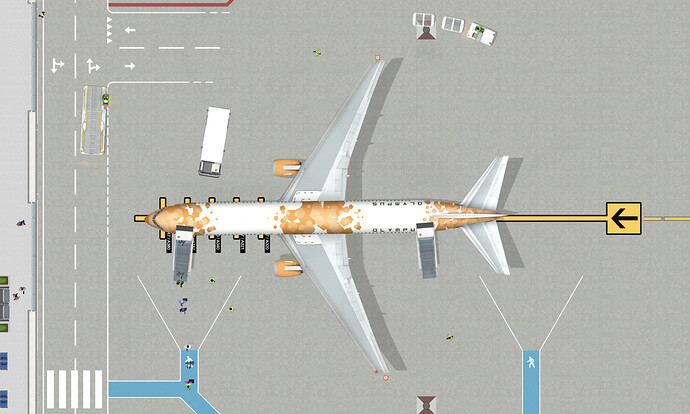 If you’ve been managing your airport recently you’ve probably seen that the aircraft have been fitted with some seasonal bling. If you do not particularly enjoy this look, they can now be disabled using a new toggle found in the gameplay settings panel: Enable seasonal easter eggs. 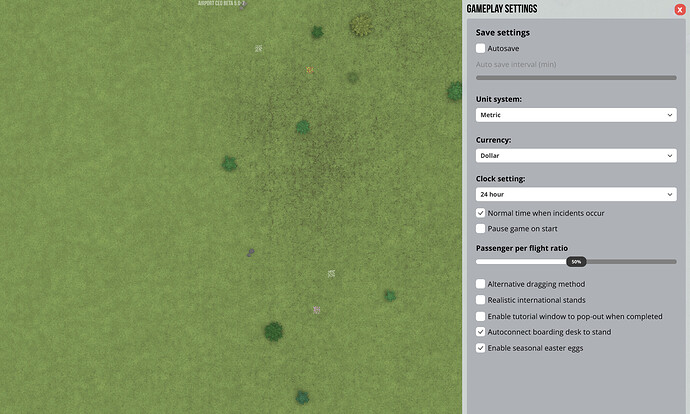 And of course… loads of bug fixes and balancing

Yes, fixes and balancing on all fronts, as a result of the continued stream of bug reports you’re sending us. We’ve been solving everything from code thrown exceptions, UI issues and stalling vehicles to improved person pathfinding, balanced boarding behavior and more.

And more will come, work on beta 6 has already begun but now it’s time for us to take a short break. However, we will be keeping an extra eye on the health of this build for the duration of our short “vacation” in order to not loose momentum and to ensure that the beta period of ACEO continues to be an increasingly more stable experience.

Thank you for this year, everyone. ACEO leaves 2020 in the dust and roars into 2021 with a targeted 1.0 full release in Q1. We’ll be back soon with more daily updates and more information about the future.

From all of us at Apoapsis (Alexander, Fredrik and Olof) we want to wish you a merry Christmas and a happy new year. See you on the other side and fly safe! 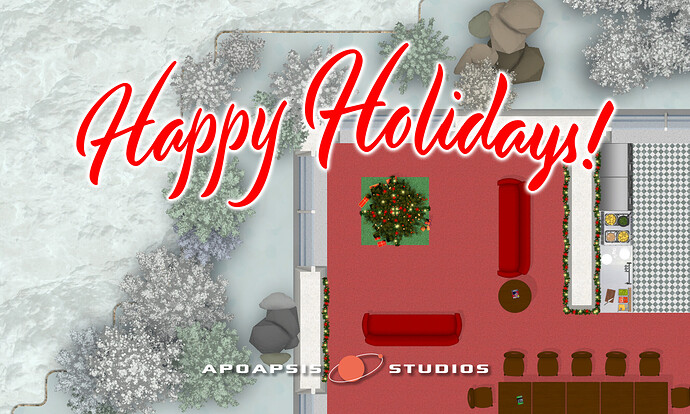 Keep up the good work guys!

When I attempt to place inside the world space, I get the message: TUNNEL MUST BE PLACED OUTSIDE WORLD.

When I attempt to place outside the world, I get the message: OBJECT MUST BE PLACED WITHIN WORLD

This is a savegame prior to the ability to build the World Entrance Tunnel. As such, I know I cannot purchase the additional two areas to build in as well. That’s a given.

Pax pathfinding still a horrendous mess. I have hundreds of pax with exclamation icons indicating that can’t get to where they want to go. Previously, they didn’t have a problem.

Frustrating. I’ll be back in a month or so.

The pax dosen´t can find the luggage. I´m playing on 4.2 default branch. 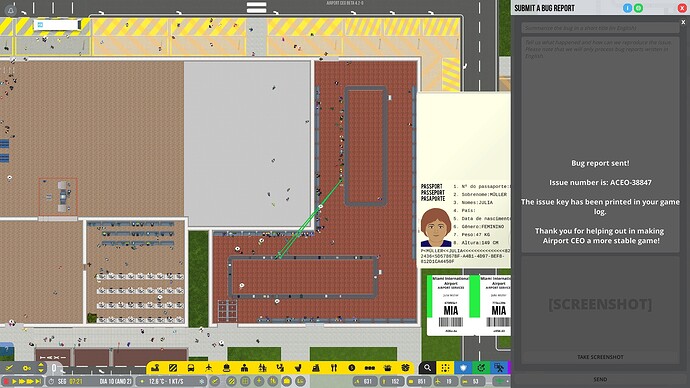 Not sure why you can’t place it but it all works here, I tried the save. It has to be placed on the exact border position of the world.

These are bugs that were fixed in Beta 5.

As such, I know I cannot purchase the additional two areas to build in as well. That’s a given.

Yes you can, saves from prior the large map update will have two tiles locked but to keep playing on that save in the new update you can simply purchase those areas again and the change will persist!

Pax pathfinding still a horrendous mess. I have hundreds of pax with exclamation icons indicating that can’t get to where they want to go. Previously, they didn’t have a problem.

I’m not seeing any bug report on this in beta 5 and we currently do not have any widespread reporting on extensive pathfinding issues as of beta 4.2 so it’s most likely something tied to your airport’s terminal layout, either a bug that’s caused by it or by the design. I really need to see a bug report from you on beta 5 in order to help you as just writing about it here doesn’t provide any means for us to fix your issue. Also be aware that you’re on the experimental branch and that you, as you know by now, are on the expressed unstable end of ACEO.

They are known issues that have been solved, i.e. bug fixes!

I had the same thing.

Can you report this save where removing the zones will crash it? Would love to take a look at it.

Just found that all passengers passports are missing country

Made a bug report. Thought it was just one passenger at first. Don’t remember the number tho.

@Olof, thanks for the response. I know that I can purchase those pieces that I originally had. However, I thought that as of beta 4, there are a total of five areas that can be purchased (as we had in the beginning). Are there still only three areas or five?

I think I’ll just start a new game with Beta 5. And, yep, I accept the problems in experimental. I like what you guys are doing.

EDIT 2: Oh this is just weird. closed and reopened savegame a couple times. Now, no pax in my savegame have the exclamation icon. The ol’ save-and-reload fix. I’m good with that.

When I attempt to place objects in yellow area or north of it, I get a message: Can’t be placed on roads". There are NO roads here. Only, terminal tiles.

There is a setting called “Large map” or something like that when your creating a new game, it’s next to the difficulty slider and under the sandbox options

In my case no crash, but it is not possible to remove any secure zone anymore in B5.0-0
The demolition tool keeps hanging untill you leave the construction mode. ACEO-38900

For international zones it still works