Cannot load any airports on this update. Can start a new one either.
Sticks on Businesses and Mods.

Also same issue here…
Game loads to main menu but freezes once you try to start a game, on the loading screen.
Whether I have mods loaded or not.

They spawn every time and are not part of any persistent state!

Thanks for the reply. I noticed that fuel trucks also have dummy ramp agents, which always spawn randomly. This means that it can spawn a black haired agent for one plane, while the next one is blonde. But I understand it’s easier this way, it’s not a big deal.

We are working on the issue. Expect a hotfix within the next hour.

Hotfix for the loading issue is rolling out now, same version number!

Is the balancing of how many people arrive and park their car going to be looked at? I have a both short and long stay car parks but they are sitting empty. I have even reduced the parking price to $1 for both.

Raised bug 38304, as there are some issues with floors since last update. Some objects overlap the floors, medium stand jetway not visible and not operational on +1, just the shadow.

Quick update on this. After the reload the jetway is correctly rendered, but the stand “Is not connected to the terminal”. Plane deboards, but cannot board. WEird stuff, zoning at the jetway entrance is correct.

So the game works now after hot fix
However new issue has raised its head. On my save that ive had since 4 with new updated im getting swamped with delayed flights with the -1 passenger problem. Did not have this issue at all before latest patch, not it happens constantly. [200ish flights a day]

Honestly if a flight is only missing 1 or 2 passengers, but everything else is good to go, the plane should leave. I dont know of an airline that will hold the flight for like 30m for 1 passenger after its depart time has elapsed. i know there is a toggle in planner to alway dismiss, but I dont want that it something like fuel or baggage isnt loaded, only passengers less than like 2

as there are some issues with floors since last update

As stated in the post before the changelog, existing saves from beta 4.0-2 will have broken terminal foundation and you need to fix that manually.

As for the other issues just keep reporting them and we’ll keep fixing them!

This is after all the fast paced testing branch and we do break, but also fix, stuff quickly.

Ok, do what’s officially the fix? Bulldoze and build again?

Yeah, although there seems to be some lingering issue with objects being shown on multiple floors, including some larger terminal tiles. I’d probably hold off until we can patch this bug as of tonight’s update before determining if your save was affected by the initial terminal tile issue!

Good evening, time for today’s update, beta 4.0-4 (also known as the Update Not Found update). We’ve got another round of critical fixes for the objects displaying on multiple floor and other rendering issues as related to the performance improvements we’ve made, as well as some other fun bug fixes.

We’re also releasing a new highly requested feature today, buildable ponds (also known as water, lol). You can now beautify you airports even more, please enjoy some inspirational screens of what you can do. 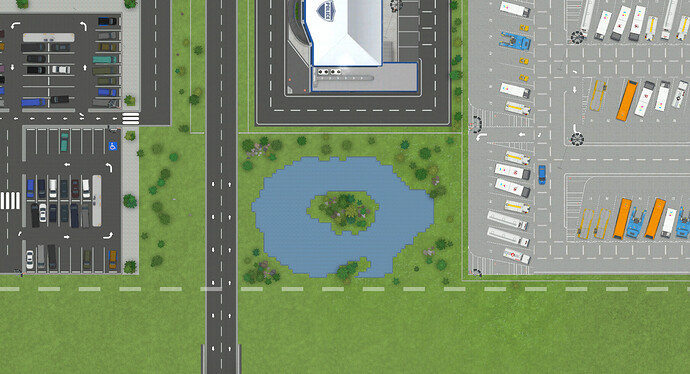 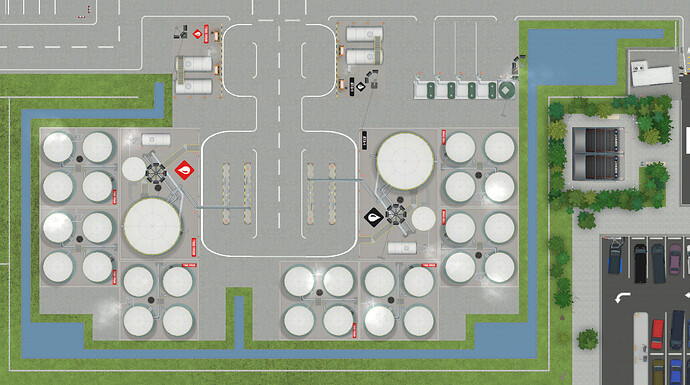 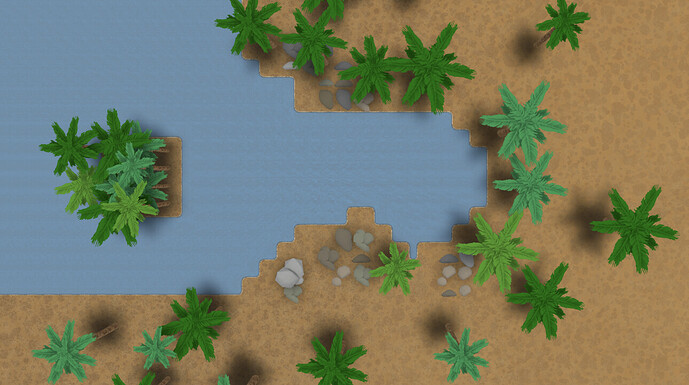 Please not that the graphics here are experimental and that we’ll definitely iterate and improve the water shader used. Environments will also generate random water across the map in a future update.

Believe it or not but we’re actually nearing the end of beta 4 and will spend hopefully one final day tomorrow on continued feature implementating (the remaining stuff for beta 4) and minor bug fixing. We want to get back to our scheduled two week default deployments and smaller releases, plus that beta 3 has some critical bugs in it that’s been fixed on beta 4!

Also, trees stay when water is placed (ACEO 38342). Can we edit posts on this topic? It reduces clutter and I don’t think it hurts discussion if we can… Also, now I have to make post after post after post

Let’s guess who is going to build the first island airport or first famous coastline airport like Kai Tak or St Maarten.

So such a tiny feature will be necessary for unplayable edges of map;

Terrain Option at the Edges of Playable Area Support

Feature request title: Terrain Option at the Edges of Playable Area Description: An option before starting the game that you can choose which sides of playable map will have sea or land. This idea came while I was thinking on Simcity 3000. This option may lead to more realistic or more challenging gameplay. Why it should be implemented: Realism Images, references or additional content: [Screenshot_1]

Will water function as a “fence” to shield off animals entering the restricted area?