Airport CEO: Beasts of the East 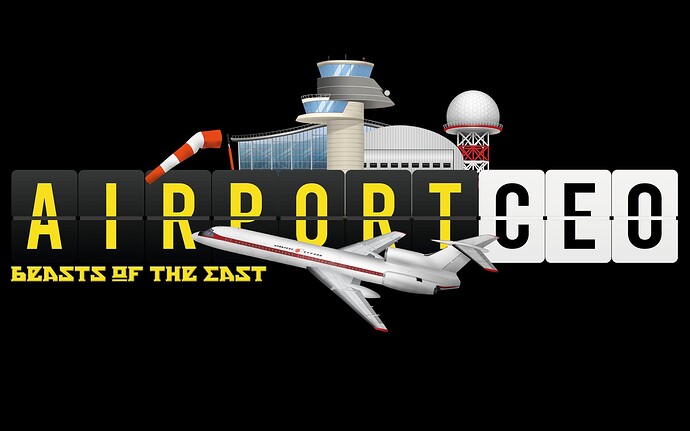 Unique engine placements, see through nose cones and raw power! Those are just a few of the components that summarize the eastern aircraft, birds rarely seen flying in the west yet special enough to leave a mark in the aviation history. Including the Tupolev Tu-114, the world’s fastest and most powerful commercial prop aircraft, the Airport CEO Beast of the East DLC contains a total of four different aircraft models significant to the eastern aviation history.

Downloading this DLC will add the eastern aircraft to the new eastern airlines Yuri Air and Сибирские авиалинии (Siberian Airways).

This aircraft pack DLC marks the final release of the planned aircraft packs as of the 1.0 launch. Airport CEO has since its launch always contained loads of western aircraft and we’re today happy to include at least a few eastern types, completing the representation of the aircraft and aviation history in ACEO.

Read all about the Airport CEO: Beasts of the East DLC here!

OOOO this is cool!

but we will see those rumored planes like Pilatus too? great work! back to modding soon

Nice, almost forgotten planes you have picked out.

MDK should now be up! Including the Learjet

this is amazing. thanks

Really wish the game have better kind of mods that actually a mods rather than asset and vehicle. A true mod that modify/changing the game.

Current mods felt more like a free DLC made by the community itself.

I wonder how you managed to convince yourself to release this. I buy along with the previous DLC.
An-148 is a very strange choice. Why not IL-96?! But thanks anyway!

The AN-148 was chosen by the game Dev Alex. I made a plane for each of the Devs and they (mostly) got to choose which one I made for them.

Some new achievements would be lovely, would surely motivate to build one more airport for these new beasts!

Well, a wide-body aircraft had to be done. They are the height of design thought, and in the Soviet Union there were only 2 large birds - IL-86 and improved IL-96.

I cannot really comment further. The 148 was the only one I was involved with designing. Health issues precluded further involvement.

Take care of yourself, we really need you! Health to you!

We decided to go with some unique models different from what we already have in the base game and Vintage DLC. So even though IL-96 and many others are more popular than what we choice, they would have been too similar to existing aircraft types (at least in the top-down perspective). These four models were pretty unique and interesting in our opinion.

Great new designs across the board!

I wouldn’t be mad if more boring same type aircrafts would joing the game.

The old planes sadly do not have many nice real liveries. Currently I don’t see any interesting Tu-104 and 114 airline to mod. Looks like we have to invent fictional stuff.
And also, we need more vintage objects.

what happen to that beauty of a tail in An148 MDK? that interesting part is saddly missing inside MDK… may it be possible to add it?

Edit: it is a bit sad for the hard and so detailed work of Rubble that we modder not can use full power on this

Devs nevermind, we from ACEOMG added Tail to our MDKs… thanks to @Rubble for helping out with tail 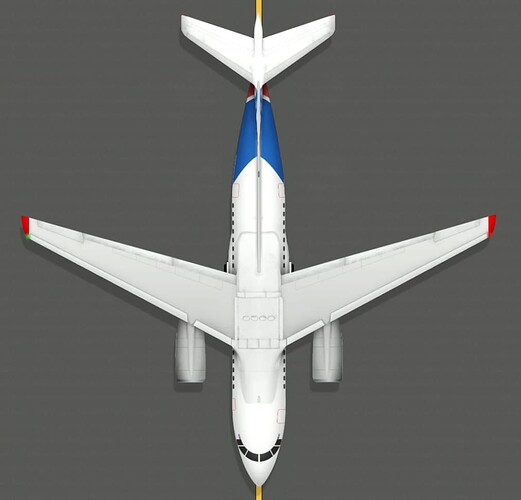 The fact is that the MS-21 has already passed certification tests and received a type certificate in mid-December, but only for 7 aircraft. And why? Make assumptions.
So he already carries factory workers for business trips. ))