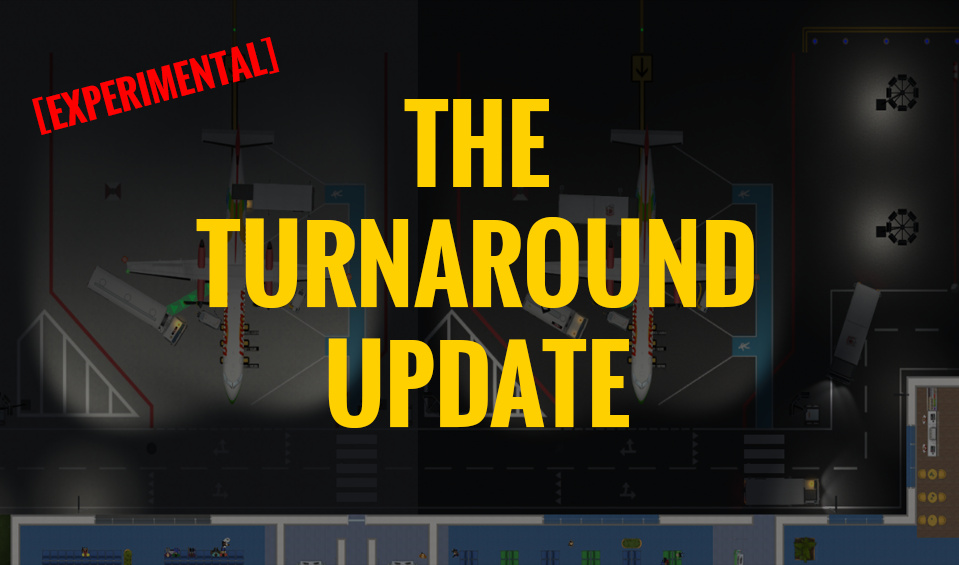 As if a default deployment of Alpha 31 today wasn’t enough, Alpha 32 is now available on the experimental branch and features the three new turnaround services: Cleaning, aircraft cabin cleaning and de-icing!

It’s time to make money. With the turnaround update we’re now enabling three new turnaround services for you to expand your airport with. They span across various disciplines, require different structures, operate under different circumstances, business practices and equipment but all serve the same purpose: For you to start rolling in the big bucks!

• Three all-new turnaround services: Catering, aircraft cabin cleaning and de-icing fully simulated from arrival to departure
• Four new vehicles: Catering truck, aircraft cabin cleaning truck, garbage truck and de-icing truck
• Three new structures: Catering depot, waste depot, and de-icing fluid depot
• Two new business types with three new companies each: Catering food and de-icing fluid suppliers
• Sliders in the operations and the economy panels to give you control over what services are enabled and how much you charge for them
• Preparations for an upcoming, secret, feature that will be added later during the coming weeks as Alpha 32 is being patched for bugs…

The tutorial has not been retrofitted with support for the new turnaround services. In general you will need a catering depot and a catering truck, together with a catering food supplier. The same goes for de-icing, with the equivalent de-icing fluid depot and de-icing truck but you also need a de-icing pad for this service to be made available. Remember that aircraft only request de-icing in near sub-zero temperatures. Lastly, for aircraft cabin cleaning you need to build a waste depot and purchase aircraft cabin cleaning trucks. Waste is ultimately collected by the city using city owned garbage trucks.

Bug fixes will be deployed for the remainder of this week!

Awesome, the update we’ve all been waiting for. Secret feature coming in the next few weeks? Possible XL aircraft?

I can deny that, large aircraft will most likely surface late summer or early autumn!

I hope it is one way doors/escalators, specially doors.

I read something about a new Beechcraft plane…is it in here?

You didn’t deny the one way doors

@Olof The preview(select) option is broken so you can’t select wich door you want.

Looking into that one now, deploying update shortly.

Definitely looking forward to the larger planes being involved, it’s what I’m waiting for before starting a new airport!
Maybe a few extra tiles to unlock?

Deploying update now, should be out in a few minutes.

@Olof I also noticed some strange behavior with vehicles getting stuck at the stand while trying to leave the stand. ACEO 14366

Pet peeve: Trucks still don’t know how to make left turns out of depots. They have to go right to the first junction and then turn around. 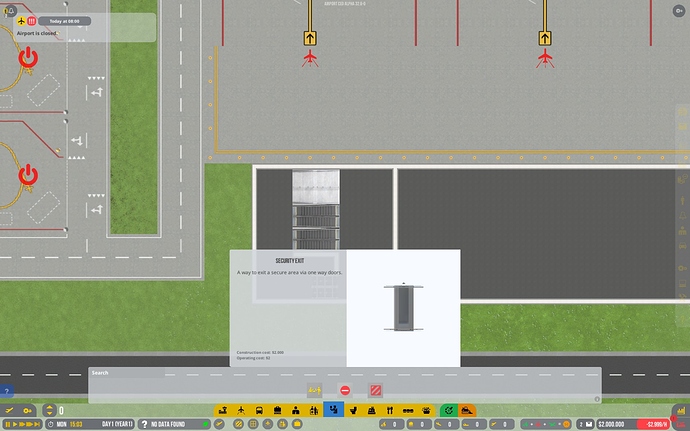 Door variations are gone too. 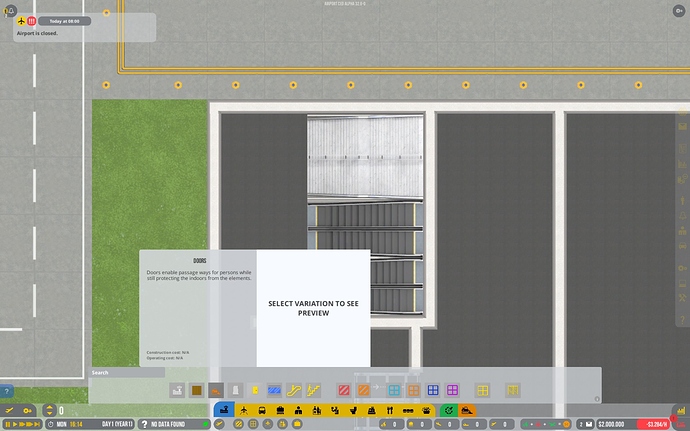 I experienced this problem as well but it appears the devs are fixing it now.

Yeah I’m having an issue where outside garbage trucks and fuel resupply trucks get to my security gates, then just turn around, and the delivery trucks for construction don’t spawn. I have one of my Public Road → Service Road gates underground, not sure if that’s causing an issue