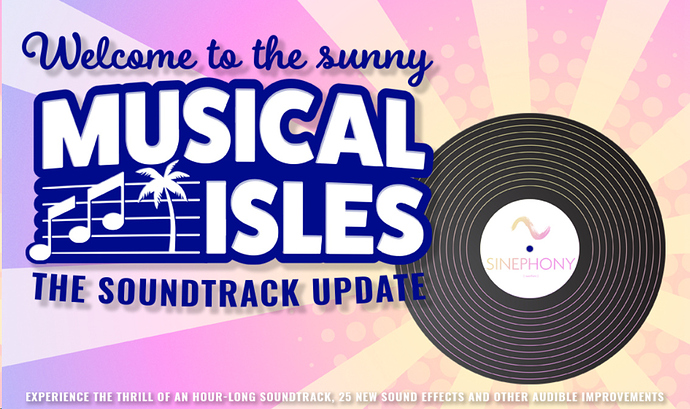 It’s finally here! The first iteration of Alpha 30.0-0 containing the brand new soundtrack and a lot of new audible improvements. This update mainly contains audible changes and are from a code system perspective very similar to the latest Alpha 29 version.

Boot up the game on the experimental version and enjoy the music!

We’ll be back after the weekend with continued bug fixing and the normal procedures. We’re very exited to hear what you think of this large change. This is a silent release, we’ll however most likely target a default deployment very soon. This text will be updated accordingly.

Have a great weekend!

YAAAYYY! I am so happy gonna check it our right away!

I check out game no multiple floors/anything right now just a sounds and music.

I’m looking forward to that more.

Surely soon but not now ;/

(I was expecting 788 and multiple floors

There is no purpose for large stands for now.

The soundtrack and effects are a nice addon!

They will probarly focus on gameplay features now. Patience

There is no purpose for large stands for now.

Somewhere in the factories of Everett Rubble, the first 788 is in production…

Indeed they are. We need some infrastructure before they can land though

i hope the rest comes soon

Did you read the dev blog about this?

Are the Yes and No buttons when you save suppose to have more volume? @Olof

The music is so calming and it actually relaxes me while playing the game! Can’t wait to see what’s in store for new features! Thanks guys, amazing work!!

Yes, so this update contains mainly new audio stuff and the soundtrack! I think we’ve mentioned that quite a few times that Alpha 30 contains these features. Alpha 31 will contain most likely either the new turnaround services or multiple floors!

And yes, we are very interested in audio feedback for this update. So pleqse bug report too loud or too quiet sounds and stuff like that!

Are the large planes/stands going to be added closer to now or the release of alpha 31?

You forgot yourselfs in the credits menu.

Well, audio/soundtrack is very nice but, I am pretty upset I was hoping for large aircraft and multiple floors but I respect your working hours and so thank you anyways