Will update this post with more text later tonight or tomorrow, but we updated the experimental branch for the weekend and it contains a bunch of fixes. Check them out!

This updated does not yet contain the new path finding system. It will go out for internal testing next week and hopefully, by the end of it, make it out to the experimental branch by the end of it. Figures are still very, very promising!

Winner of the day

Oh, that is nice. The Subway!

At night it could use some “self” lighting on its stairs. 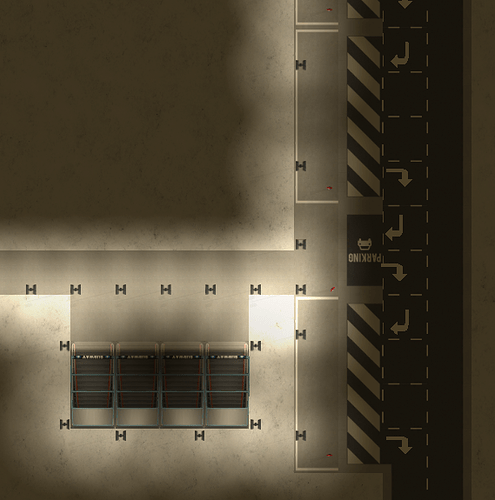 My incoming PAX seem to have some path-finding issues. It solved over time.

The path-finding problem is consistent when new PAX / staff arrive; You have successfully created the issue (ACEO-3601) 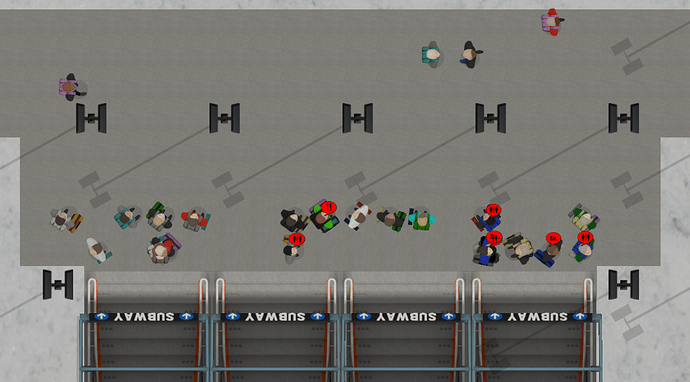 Sidenote; my ever cycling oil truck is gone ;). Did not notice at first, to busy building a metro entrance.

OK, might have found two bugs, can anyone confirm? 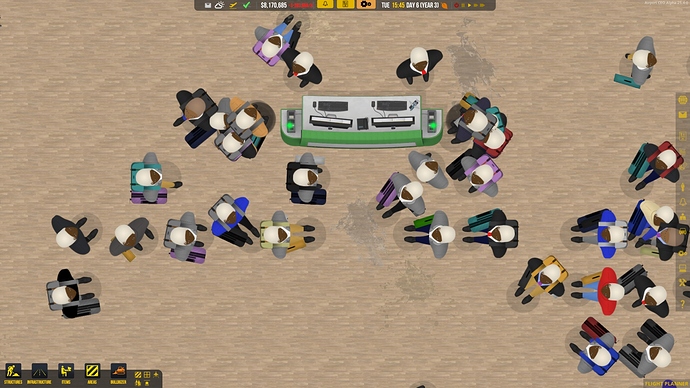 plus there are those kind of black circle under every person 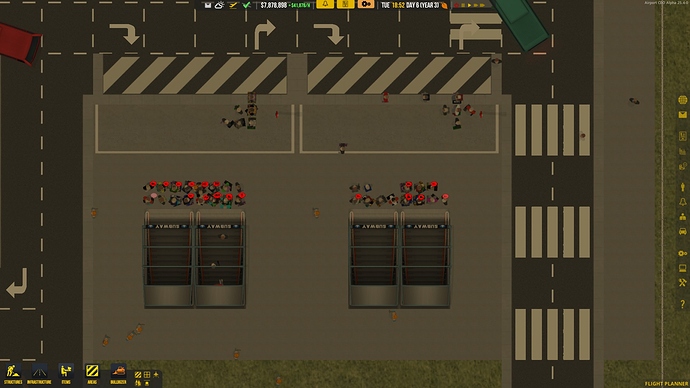 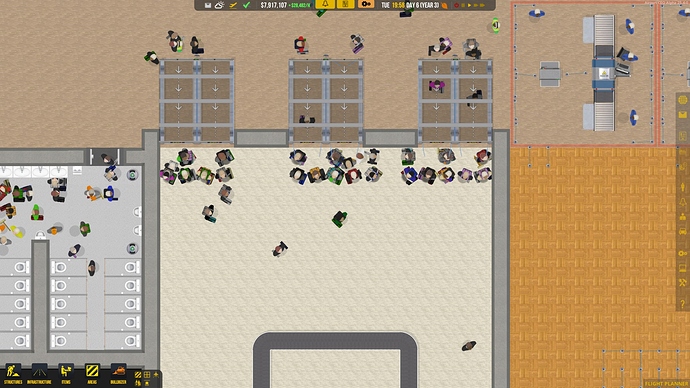 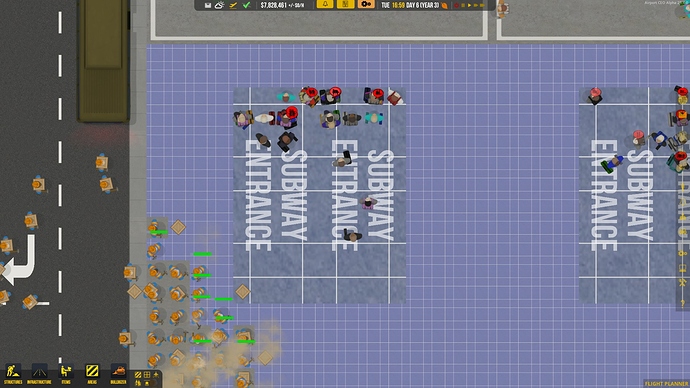 No issues with the Subway (excellent FYI) but still issues with left clicking. Currently cannot delete anything.

Additional, I know I’m being thick again, but what is stopping me putting a single flight here… and don’t say the flight overlaps another day, at it’s just a single flight I’m trying to put into that slot and the following day has no flights in that space either. The only other thing I can think of is lack of check in desks? 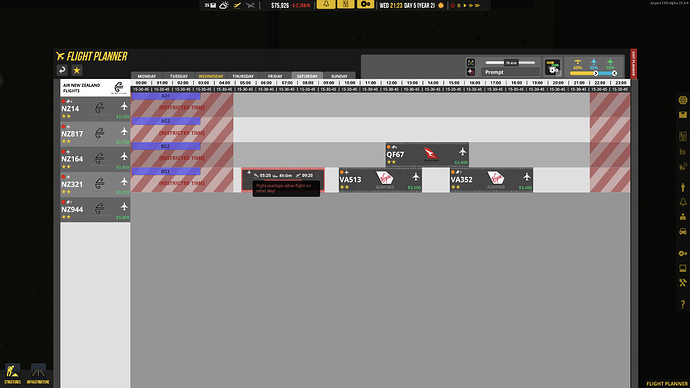 I tell you why @Rubble , You set free time between flights to 70 minutes. Automatically you cannot place previous flights 70 or less minutes before that.

PS Still working on liveries for us all. Just mega busy.

PPS OMG you are right. Thank you so much. But that’s crazy too.
PPPS Should the warning message be something different then??? I just took it as something over days, not hours.

Well it is a small bug that I reported before. Normally time divider needs to work for only autoschedule but somehow it works on both; auto and manual.

It is sometimes annoying. Especially when you can’t fill 4 th flights due to 5 minutes

Most excellent bug reporting my friend.

And my thanks again for helping me on that.

I logged in after update and baggage was suddenly enabled, turned it back on but ramp agents don’t go to baggage bay. Anyone else having the same issue? Baggage bay was working fine before update. 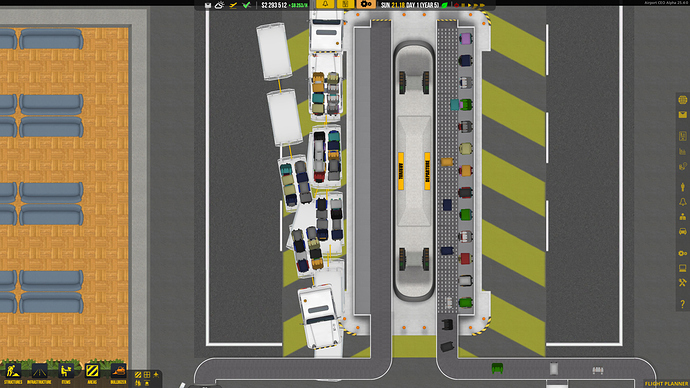 The black circle under passengers is to represent their shadow ^^

Confirmed with subway pax/staff get stuck