Alpha 25 has made it out on the default branch and it was about time. Yes, there is still a number of issues to deal with and we will now, as mentioned in the 100th devlog really focus on quality, nailing down that improved UI, getting better performance and getting rid of the classic 'ole bugs. As you can see, we are already gazing forward at Alpha 26.

The patch notes are available on Steam but I will include them for you below as well. Please not that they cover the entire release track from Alpha 24 to Alpha 25!

Expect hot fixes to be deployed to default branch tomorrow.

Still get fined for flights at nighttime.

I have COO CIO and night flights Procurement unlocked.

Fixed now, small line of code was missing. Expect a hotfix during the day.

In the windowed mode, the game is only in 720x480 resolution!
How shoud I understand this?

In full screen mode, the game is constantly stretched vertically.
Apparently the game is not able to operate normally with the 4: 3 screen.

Can you provide a few screenshots of the situation?

Edit: The window can be resized to fit your needs, the UI should scale accordingly. Would require a bug report with screens and information on the exact resolutions and aspect ratios you’re running! 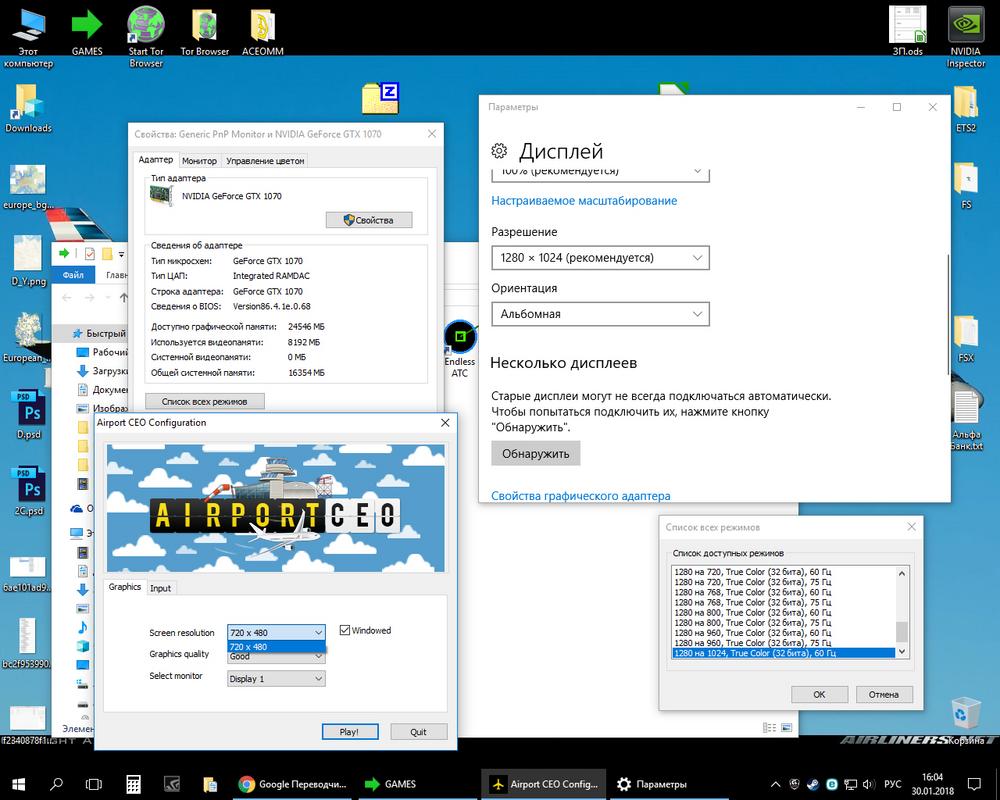 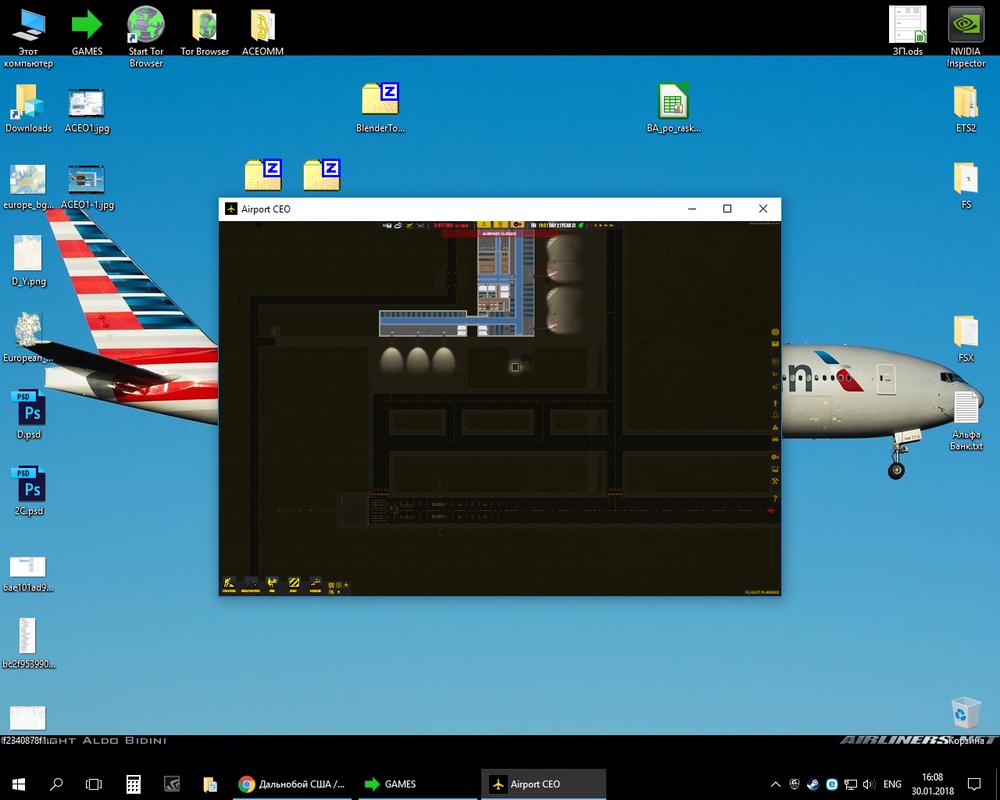 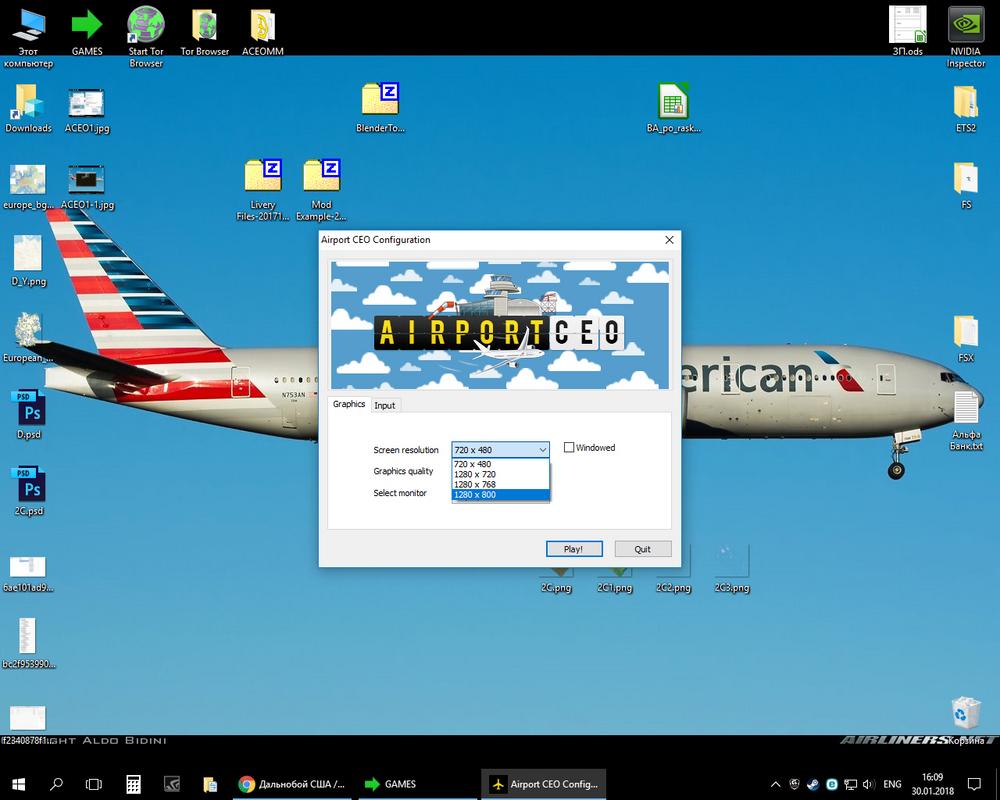 On a 4:3 monitor in full-screen mode, the image periodically stretches itself from the widescreen mode (black bars at the top and bottom) to the screen size of the monitor (4:3).
Does not always appear. Happens after a while playing.

It occurs when you maximize the windowed mode? And you’re on Alpha 25? I’d really need to see some screens from when it actually occurs, the screens you sent now are expected behavior and you should be able to resize the ACEO window as you please.

Thanks for answers. Perhaps a video card driver error.
Just in case, once again i updated them.

I would like the text in the game was a little larger.
At a resolution of 1280x1024 it is very shallow. The text merges.
https://postimg.org/image/6l9t4bldh/

Windows has a list somewhere with default load “frames” that are loaded in lists like these. I think you could add them manually. I cant remember its name, so I have no idea how to google it.

Found a question by someone asking it for VMware window, maybe it helps you too. It explains how to add “extra” dimension parameters to the register to have in your choice list.

Here someone is approaching this based on monitor ID in register.

Both of those seem be combined over here.

At tom’s hardware the same question is answered as above, but someone also suggests it can be driver related.

First of all, thank you so much for including this option.
However, can I make a suggestion:

At the moment, its seems to be using some form of accelerated motion, in fact, this very same thing has been used in other games but is usually accompanied by a cursor so you can find the central position again. It’s quite hard to control without and it gets messy and confusing quickly, with no reference point for the centre to speed up / slow it down, it ends up going off at varying speeds and becoming uncontrollable.

But, on that note, I think it would be far better / easier to use and not require any additional cursor if you just made it non-accelerated and more like a normal click and drag. i.e, with your mouse over the top of say your ATC, you hold middle mouse, move the mouse to what would be the right side of the screen, when you release, your ATC is still under your mouse cursor but on the right hand side of the screen.

P.S. In games like Prison Architect, where they do exactly this, the middle mouse button can still be used to rotate objects as well, its not one or the other. It would be good to see that too

Even in version 25.0.0 still the same f*** annoying issue with check in and boarding…
12 stands whereoff at least 4 dont have been checked in… showing baggage service not requested…
I have staff enough but seems to be all donkyheads

- the idea of having AirportCEO 3D is getting me oddly excited. They really look asthetically pleasing in a way that I would like to zoom in onto groundlevel and enjoy having them drive around my airport.

Anyways, love where ACEO is heading and the superfast quality-progress. Sadly, I don’t have so much time recently to be up-to-date with everything…

Also… man… it has been a while… Since devlog 10 or 12 I am following and haven’t missed any devlog. Time flies. 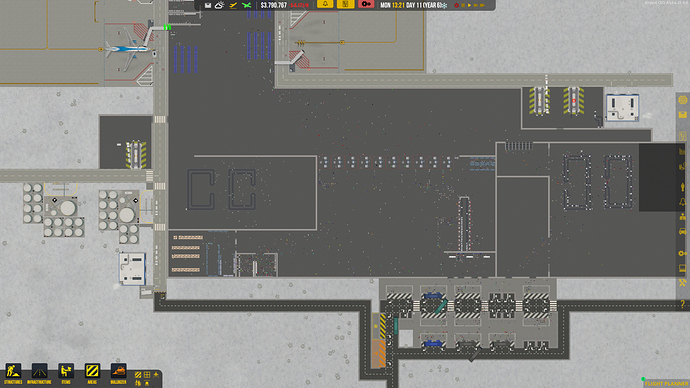 So right in the hall I have 12 pairs of check in desks. But for some reason for a couple of flights check in doesn’t start in time and all passengers leave again…

Can you add another with zonee and baggage belt shown?

Are they always the same stand or same checkin desk?

Haven’t seen you in a while, good to see you’re still with us

yeah it’s most of the time same stand and check in desk row. shouldn’t be problem with baggage belt connection. worked fine the first days of using 12 gates.
actually an issue since increasing the slider…maybe 12 pairs for 12 gates with slider at maximum isn’t sufficient