23.2 is now soaking on the experimental branch. These are the fixes that we’ve deployed:

I’ve posted a bug on this. I’ve seen several delays at my gates (30 gates) where boarding is delayed either because there are no staff in position or where there are no staff or people. I’ve got 124 hired staff and no deficit, but when I look at boarding desk in the tasks, the desks with delayed flights show delayed staff.

My saves are greater than the 10GB limit for uploads, so I’ve been posting Gdrive shares. I hope that’s ok.

I feel like everything is same. There are still stuck people, there are still tons of error messages and I still can’t click anything.

All kind of people got unstuck, but not all of them.

(funny to fire all staff, its a lot of people walking out of your airport too

I just opened an old airport and everything works very fine… The issues might be because of map size? I activated 1 of closed 5 tiles of map in order to have extra room and that save had issues.

Long to short: Activating other map tiles can cause trouble?

Yes, I think so. The issue seems to be that paths over a certain length are no longer calculated; the affected pax are sent home instead.

I have activated more map tiles and created a terminal finger (15 medium stands). The first four gates nearest to the terminal are boarding passengers, no passengers reach the other gates at all.

If I plaster the whole map with these terminals, it should be ten fingers (= 150 medium stands). 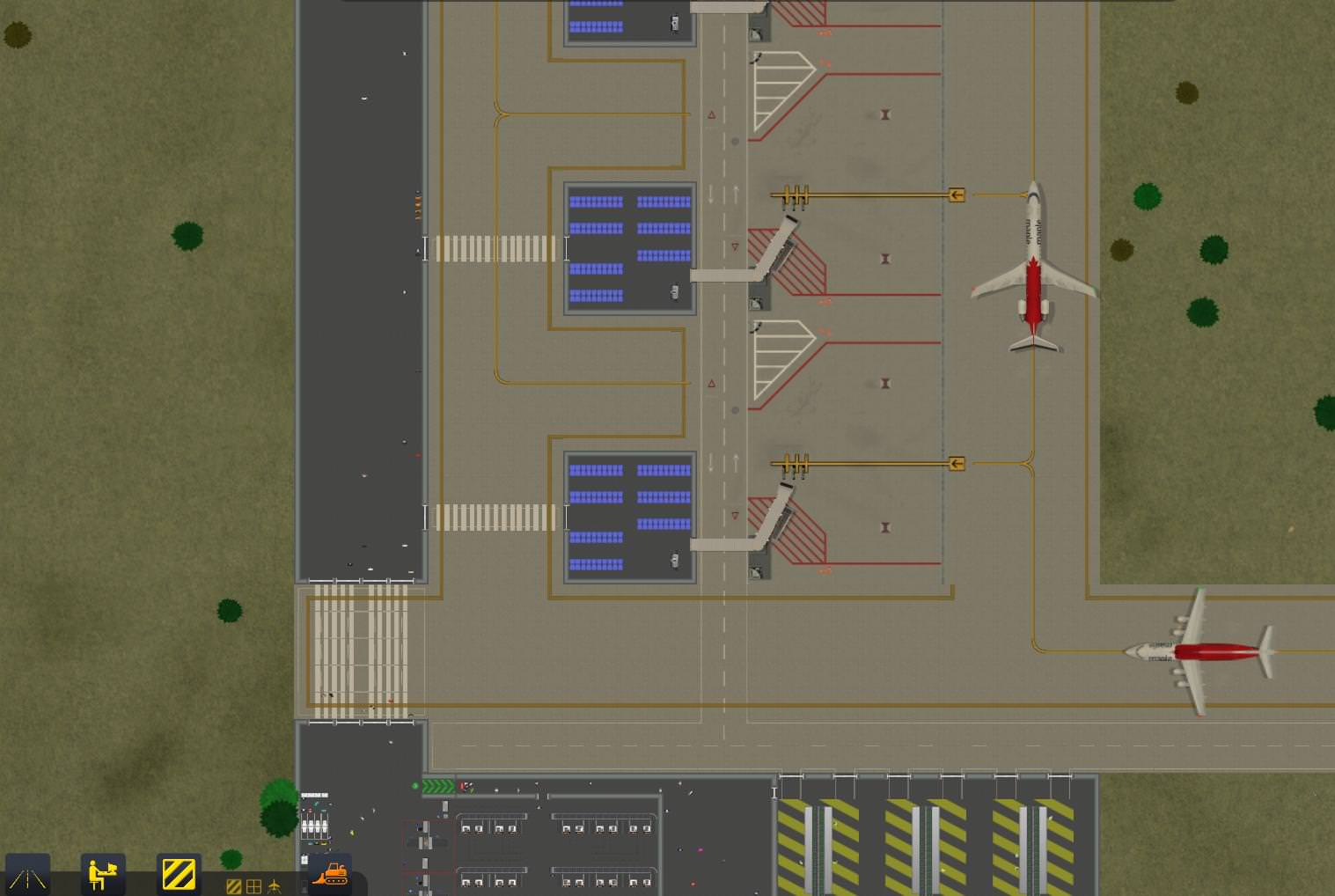 I feel like everything is same. There are still stuck people, there are still tons of error messages and I still can’t click anything.

I’ve checked your airport, the one you sent in just now, and there is a design flaw which is not that obvious to detect. I can see that you have intended to construct multiple secure zone areas but since they are fully connected through the baggage claim area the game interprets the entire zone as one select area. This means that you will have passengers looking to go to a gate for the lower area but entering the zone area via a secure checkpoint in the upper area and since there is no path from that area, via the baggage handling area (since its blocked with staff zone) they end up stuck. 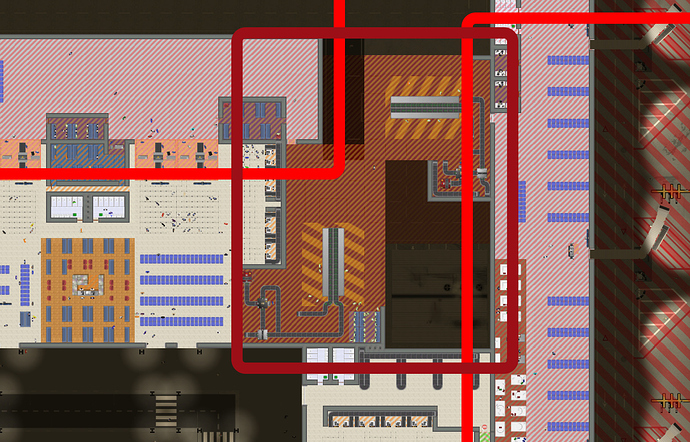 So everything I’ve marked red here is considered the same and a single secure zone area, which is fine but to make it work there needs to be a pathway through the staff zone area.

I don’t think we’ve dealt with the design question before so obviously we need some solution here to render the brighter rectangles as their own separate secure zones while still being able to share the middle area. At least now you know why people are getting stuck in this design. I haven’t fully checked the airport yet but I thought I’d let you and others know about this.

That’s interesting. I think it definitely does merit some design discussion, especially as people get more adventurous and innovative with their terminal design.

A potential thought would be to designate staff secure zones as different? Though I think it would hamper the fluency of the current mechanic. It’s a tough one!

I am an idiot

It is not a bug, it is just a design issue by user. I had to know that PAX couldn’t pass between 2 terminals. 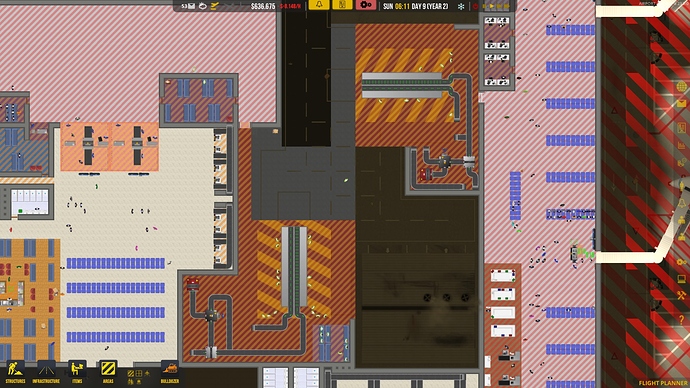 Let’s see how it works.

I am an idiot

, I get that you as a player expect to be able to build like that which is why we have to look into either enabling such construction or better communicating what’s not working. I think from a realistic perspective such a design would only exist if the doors to the baggage handling area are some kind of secure doors that’d separate the secure areas. We’ll have to look into it.

(funny to fire all staff, its a lot of people walking out of your airport too

I’ve fixed this issue now, will be deployed together with experimental 23.3.

Did someone already report the staff room menu problems? it is like non functional a lot of times. Can report separately if need be.

BTW; the staff menu icon on the neocom ends in the VEHICLES tab, the former STAFF tab.

You have successfully created the issue (ACEO-2616) < do not delete a runway where planes still have pathfinding routes too, then all those planes will get perma stuck.

Will look at the reported bugs!

Oh, rooms have unique NAME ID’s suddenly, thats nice ;), now use the ID’s in the “employee cant reach x ROOM ID NAME” as warnings ;). Btw, you forgot to give stands, security points, check-in desks, and vehicle depots unique NAMEIDs. Lol, and the count on Fuel depots is not +1, but 01, 11, …

Can you make the timeout for contracters lower, before they go to their employee-room?

Another small remark; when in planner, and the day changes, the color coding on the day-tab does not change.

You have successfully created the issue (ACEO-2619) < Baggage vehicle management failure, does connect after claim, but is very recent game. (just did a test, when ordering 1 vehicle, it is added, when adding 2, 1 is added.)

Morning! Workday done. Just had my first CPU leak that pushed the game to 100% CPU. now saved it by limiting affinity. Now trying to close game ;)… Hope the save I made, slowly, is integer. The spike happened when I opened staff window. Dont know if that was the cause though.

It was integer; You have successfully created the issue (ACEO-2624), the savegame.

Bonus question; how is this possible; 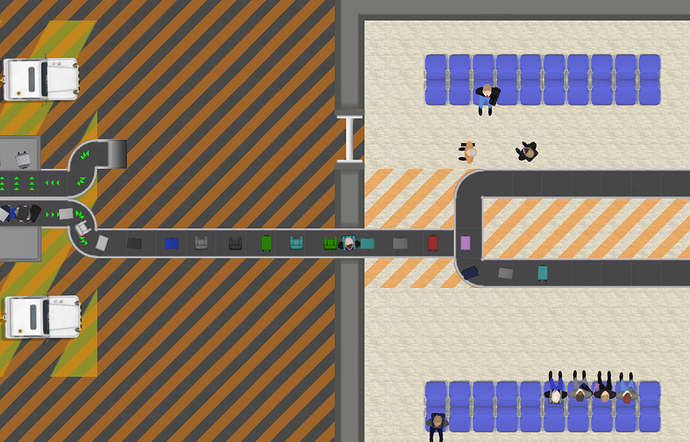 Could “autosafe” setting be remembered between game sessions?

Could “autosafe” setting be remembered between game sessions?

We’ll look into serializing that, could you add it as a suggestion via the bug reporting sheet?

Regarding CPU leaks and crashes we believe that the next deployment push on Monday should be a lot more stable in relation to this as we have some important fixes and rollback coming up.