Air Slavon - we will take you wherever you want!

Airline Description: Founded in Bratislava in 1989, Air Slavon became more popular in 1999 after a huge advertising campaign. In 2001 he became a national carrier of the Slovak and Czech Republic. Today serves 100 lines per day. 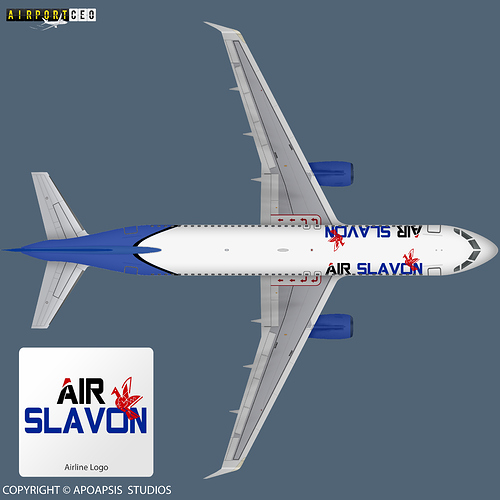 Really cool, good to see some airlines from Slovensko, but that logo was used by Slovak Airlines, which no longer exists, so it shouldnt be a problem.