You want to compete in the airline design contest, nice! Please fill out the below information to make sure that your submission gets the best exposure.

Airline Description: Air euro is a large sized airline with expensive first class and a medium economy. They fly all over the EU, and fly internationally to Asia,( witch is serviced by JET Japan) Africa, and Australia, but not to the Americas. This was a small airline flying around France and Spain, founded in 2007 until JET group bought it and developed it into there European airline, alongside JET Japan and JET Australia.

One problem, there is a Euro air, in real life, but this is not what i took my inspiration from. I also left a hint to my next entry next contest (if there is one!) 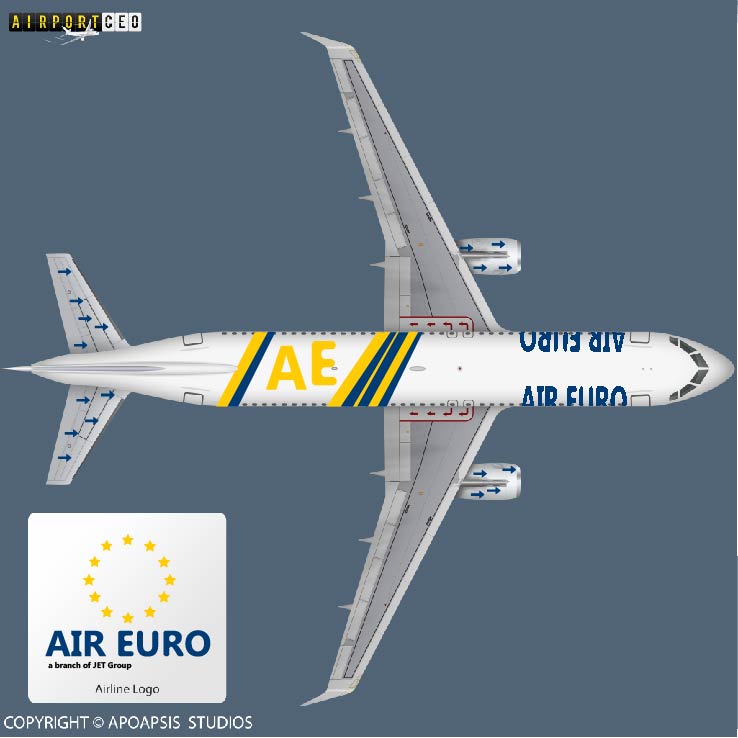 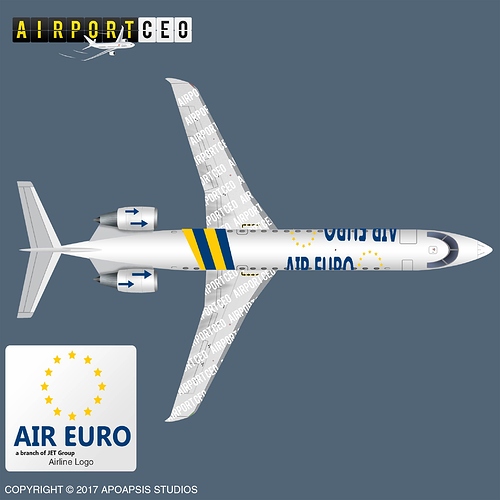 the layers were not working right, so i had to go over a few windows, also it looks very grainy in this picture for some reason.

The plane looks good. Just a heads up the devs asked for no editing on the wings. I made this mistake as well when I sent sovereignty out.