So I’ve been excited for proper international flights for a while now. That said, due to the pandemic, I was caught away from home and away from my PC, so I have to run the update on my laptop. Seeing as I’d rather not melt it down, I decided to make the most detailed small-airport I could, and for this I selected a popular tourist spot in my home country of Costa Rica. Now, this is a sandbox airport, I should point out, primarily because I had no idea if this concept would work finnancially, and so far, even at max capacity, it’s not working out. So uh… we’ll say we’re getting some government subsidies or something.

Now the concept behind all of this (and likely why it is so expensive to run) is a small, tiny, Lukla-like airport… but luxurious. The idea being that because so many tourists to this area are well off, that they could be attracted to take a regional flight instead of a tour bus by a nice luxurious terminal. 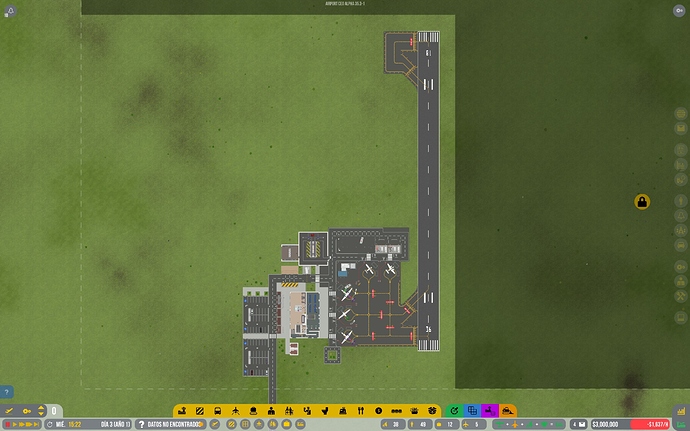 20200423150827_12560×1600 610 KB
Say hello to the airport! We’ve got one small runway, a small terminal with three gates, and two general aviation stands. We also have a fully functional baggage system (probably where all these government funds are going tbh…) as well as fuel services for all our aircraft. 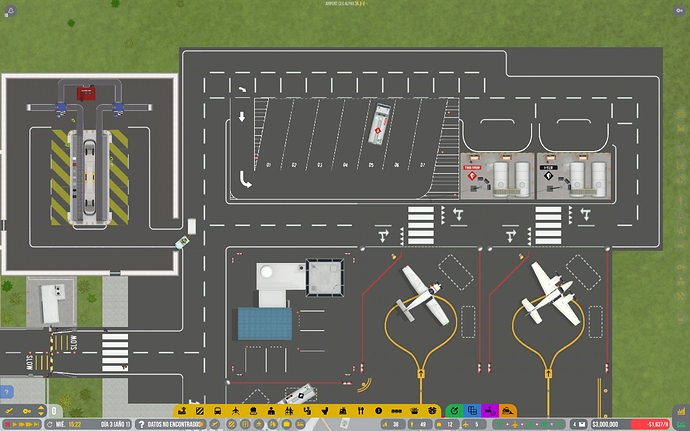 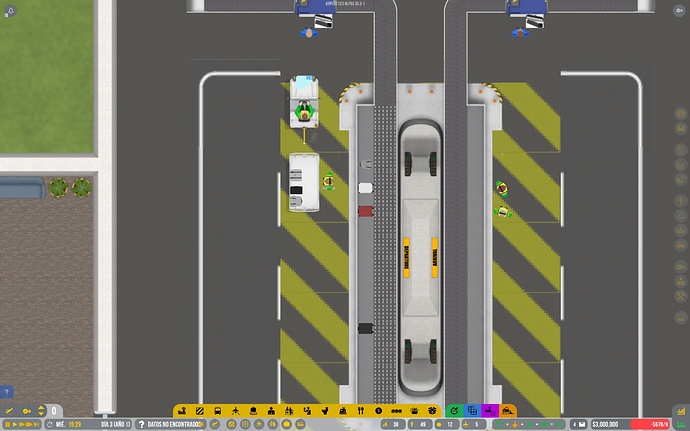 That said, again La Fortuna is a place for rich tourists, and if we’re not carrying their bags to the plane, then who do you think will? Themselves? 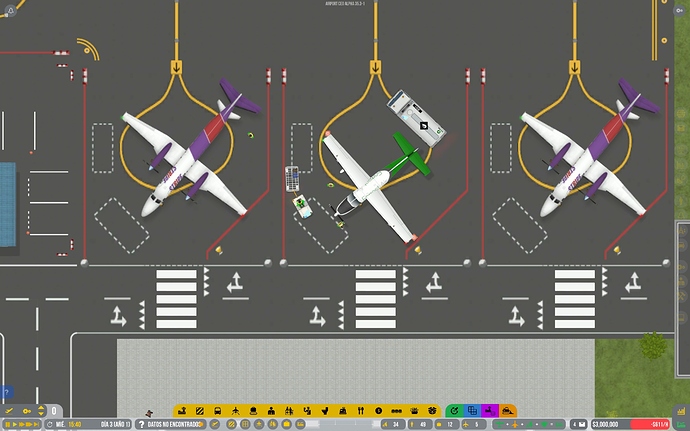 In designing this airport, we opted to preserve the staff in order to have the personal touch rather than just fully automating it. I suppose another way to try and turn a profit would be to perhaps automate most of the operations. 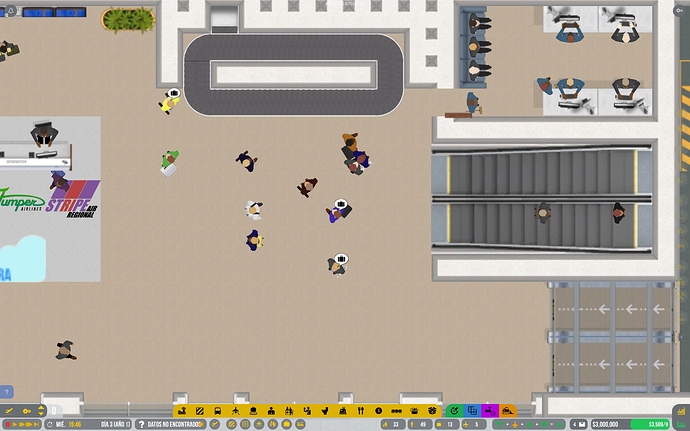 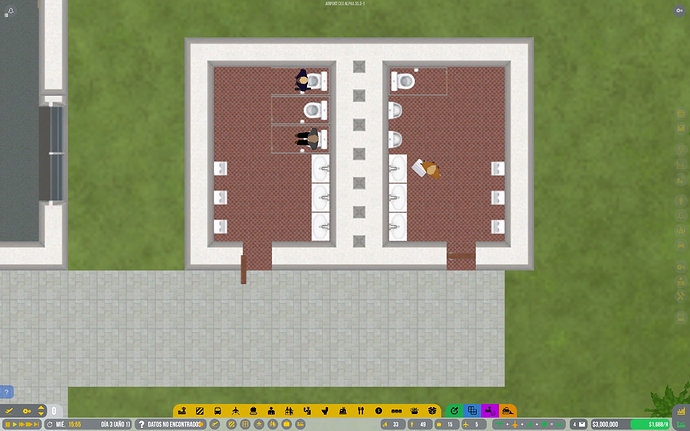 20200423151126_12560×1600 504 KB
Bathrooms you ask? Why, we have an outhouse right there!
Yeah, I know our wealthier customers might not like this, but I kind of ran out of space. To compensate, we made the outhouse have extremely nice floors and walls, and only the finest thrones for our passengers. Also there is another bathroom post-security, so this is only for our pre-security customers. 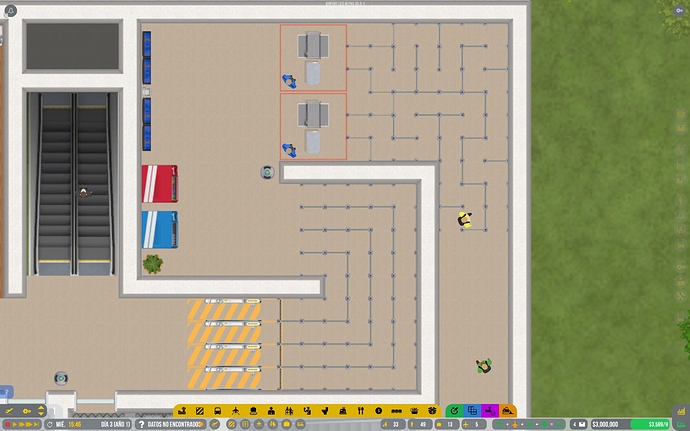 20200423151004_12560×1600 475 KB
Here we have security, just some simple metal detectors and bag searching as well as the automated emigration-passport scanner. Costa Rica typically mixes the security checkpoint with emigration for international flights (i.e. the security officer who checks your ID also gives you your exit visa), however in the interest of aesthetics for this area (emigration officer is 3 wide in a 4 wide room) I decided to do this digitally. 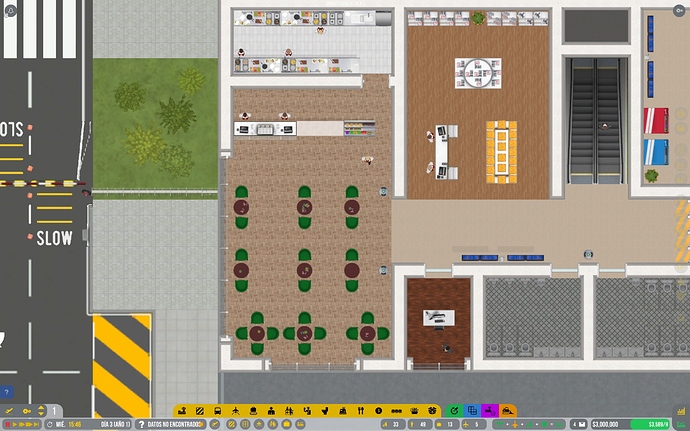 20200423151033_12560×1600 664 KB
Just past the checkpoint passengers will find themselves in the shopping area, where we have a convenience store/gift shop (selling… oranges? apparently?) as well as a lovely café based around the aesthetics of the rain forest. Additionally here are the spare bathrooms I mentioned and my office. 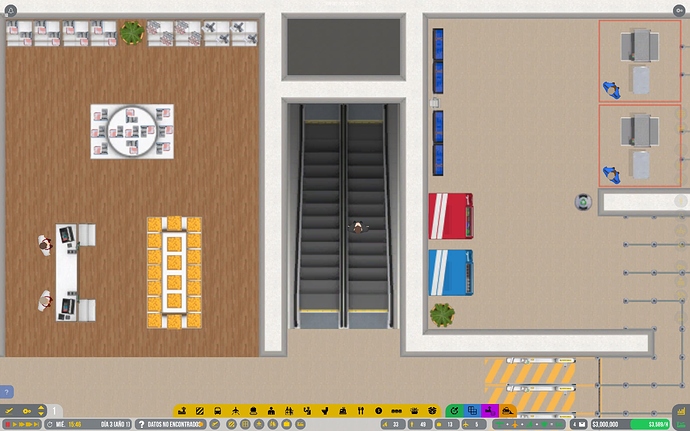 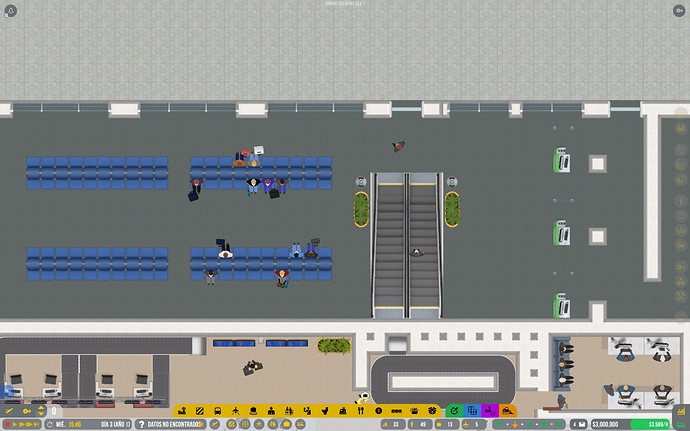 wait I forgot to color these gaaAAAAAH 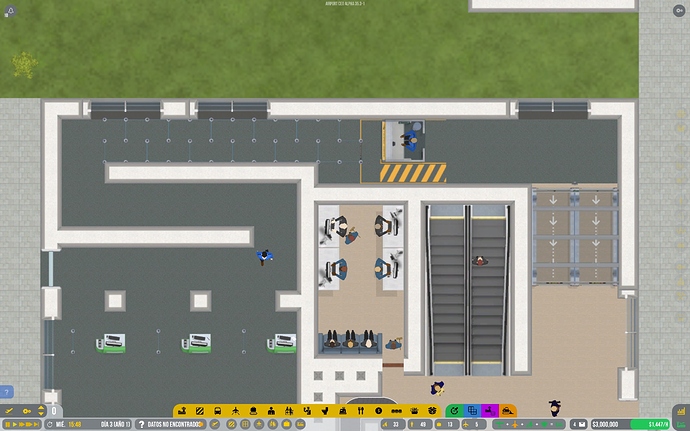 20200423151112_12560×1600 539 KB
Arriving passengers will find themselves immediatly pushed towards the end of that there corridor and into immigration. Costa Rican immigradtion has always been nice and simple, however, so a single guard can (and so far has) sufficied; lines have been minimal. Passengers will then exit the secure zone to retrieve their baggage. 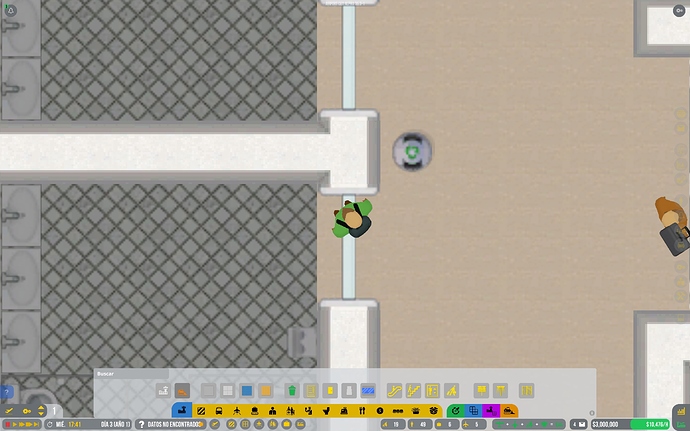 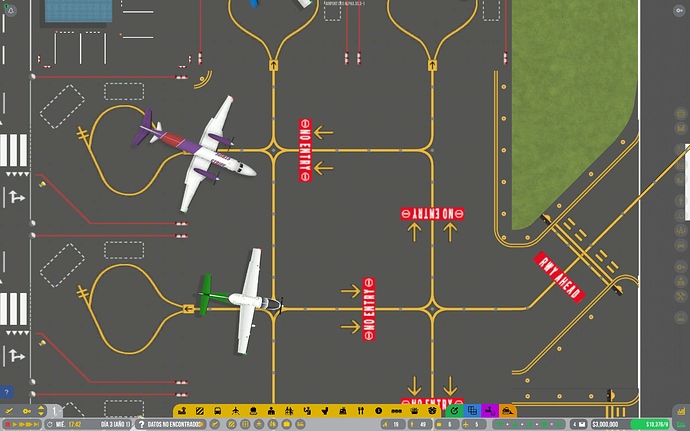 20200423151540_12560×1600 385 KB
One of my more ridiculous creations here is basically an oversized traffic circle for a ramp. The idea is, because there’s no parallel taxiway for planes to wait on, I need to maximize the space somehow, so a one-way system has helped with this. 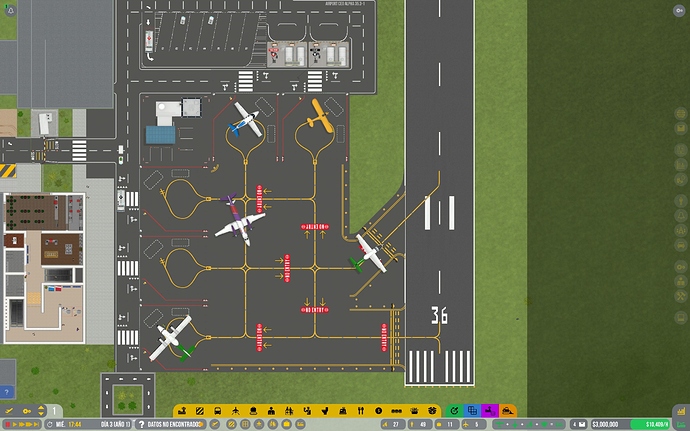 20200423151555_12560×1600 611 KB
To wrap up, we’ll check out what is imo the coolest thing that now actually works. Here you see we have two flights departing at once. Of course being that there’s no parallel taxiway, the planes have to backtrack, turn around, and take off. In previous versions this caused issues, particularly because many would just turn around on the runway. 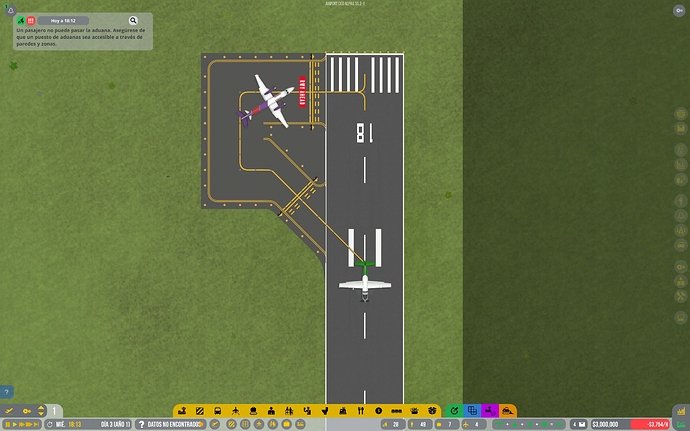 20200423151649_12560×1600 615 KB
Planes will now utilize this turnaround point I put at the end of the runway!!!
I don’t know how long this has worked, but I remember it didn’t used to and it has always bugged me. In fact, the system is so smart now that, as you can see, both planes took the opportunity to backtrack at the same time to maximize efficiency, and the Stripe Air simply waits in the space for Forest to leave. It is brilliant, and it makes this entire design work and not back up and clog as I’d feared.

Well, that’s all guys. Thanks if you read all the way through, let me know if y’all have any questions, comments, tips, etc.! Happy building and hope y’all are safe.

Side note to the devs if any of them see this. This guy has been stuck in the bathroom door for a while. Don’t know what else to say honestly.

I am honestly shocked that this washroom is not open.

Wait a second did I not…? Ugh. Well ima go fix that.

Still doesn’t explain why he’s trapped in the door though.

This is a lovely little airport. Also I like your choice of location. I visited the La Fortuna area in 2019 & fell in love with the place. Flew into Liberia & out of San Jose.