I had a shift change for my baggage bay where 8 fully rested ramp agents came down to relieve the current shift. As soon as they reached their target position, they started to quickly drain all their energy. Even worse: they did that even though the game was paused.
Here’s one ramp agent of the new shift incoming: 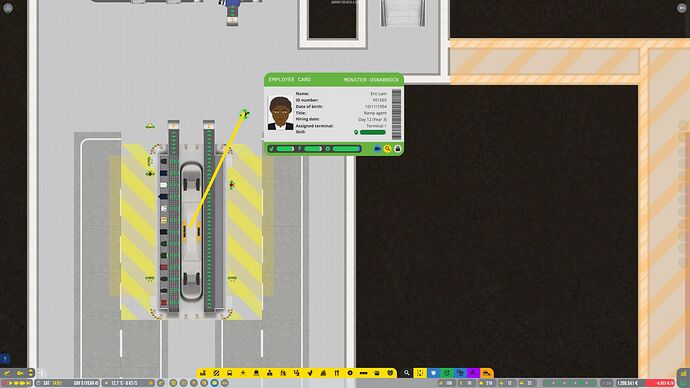 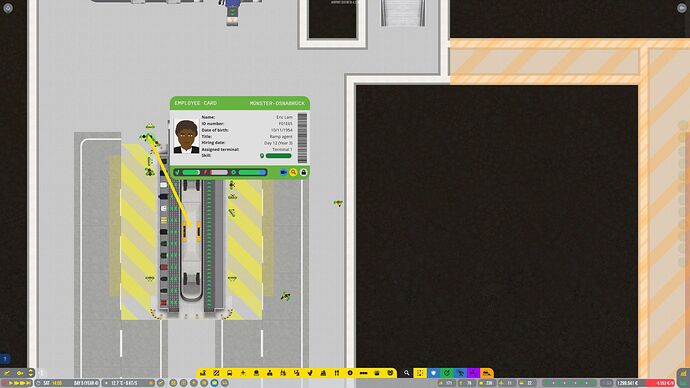 Since this is valid for the same save, I just mention my other findings here, which seemed odd to me.
Here comes a security relief for the scanner: 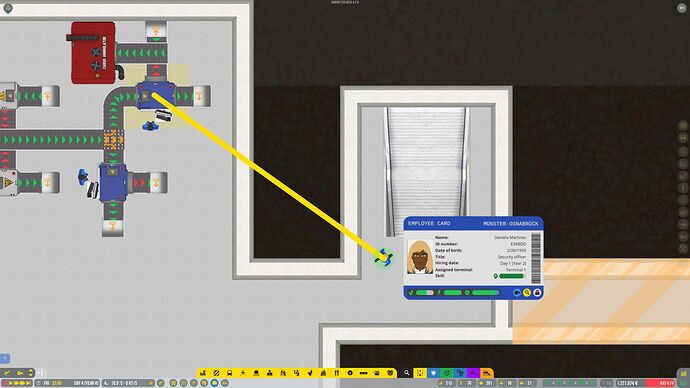 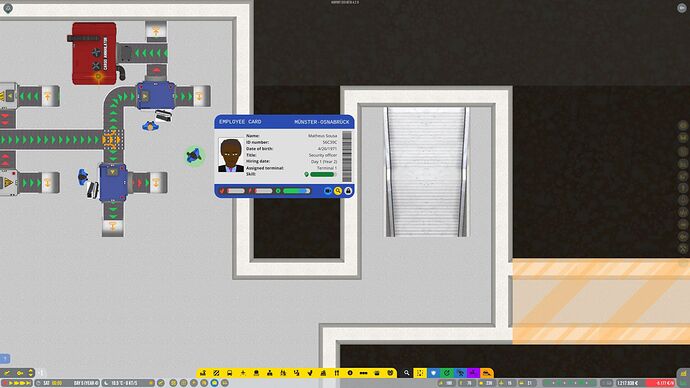 20201215123549_11920×1080 210 KB
So they both stand at the same spot for a couple of minutes and both seem to work at the same time which a) doesn’t make sense and b) drains the relief officers energy prematurely. They should not yet be working.
About 2 hours later, and their energy is completely drained. Is this intended? And they don’t take care of their bladder before starting a shift which they can’t leave for the next 4 hours.

Another oddity: This security officer came down to relieve the current shift 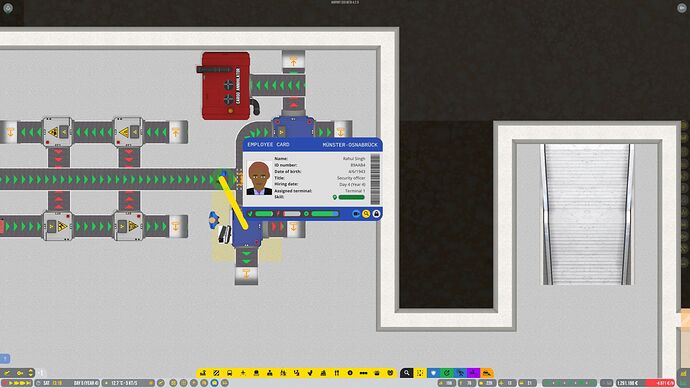 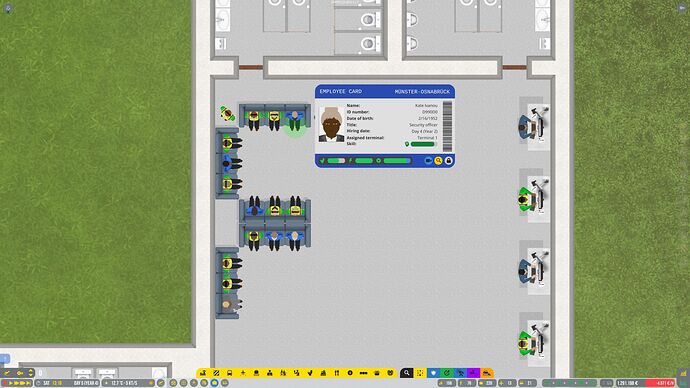 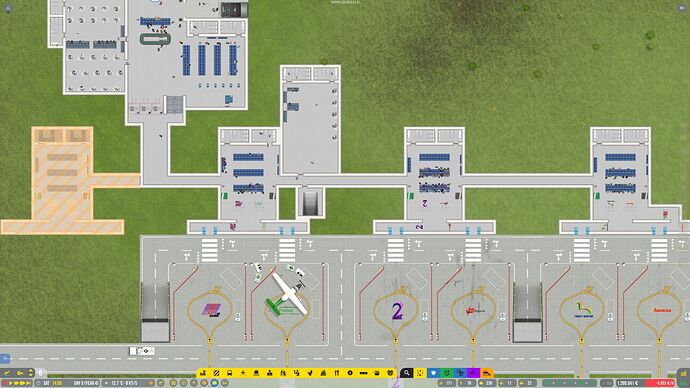 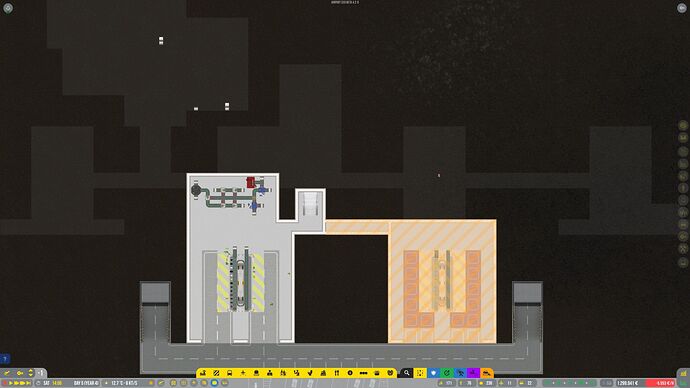 These values seems to be a bit buggy sometimes. I reported a similar bug a while ago where the CEO would lose bladder at a high rate which made him go to the bathroom every few minutes. Thanks for reporting.

Maybe your CEO just suffers from bladder weakness. With emergencies added illnesses might be implemented as well… it’s not a bug, it’s a feature, you know.

I wish your CEO a speedy recovery.

Like I said, it was some time ago. I believe the devs sent the CEO to a medical checkup and he’s fine now.