Will there be a Sandbox?

I was wondering if there will be a SANDOX . I’ve only seen two posts, but I would like a Dev to anwser.

Sandbox is confirmed for release!

Also, I wonder if they added new plane types, I cant imagine the size of the A380 if they add it and the Large Gate 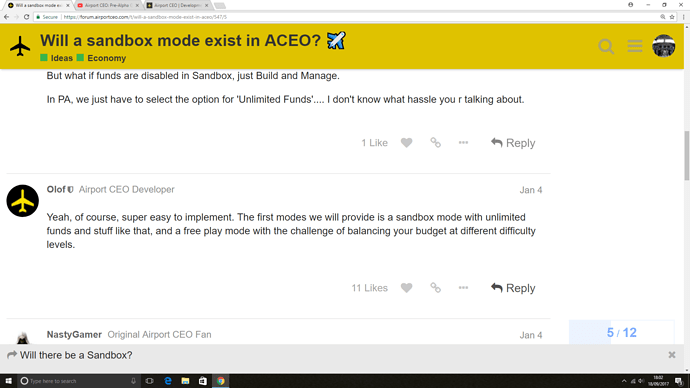 image1920×1080 283 KB
Please, no offense, but just take a second to use the search function before creating a new topic.
You can also see that if you start the game with very easy mode you get a trillion dollars to play with. 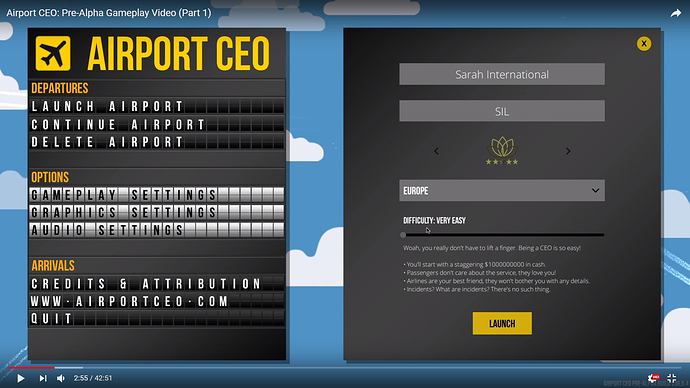 The biggest aircraft they have a 737. The game cannot handle anything bigger (yet)

Well, to be honest we don’t know. The maximum passenger count we have had on a save was 6500 with over 40 simultaneous flights. It was lagging yes, probably around 5-7 fps on our medium range machine. So one A380 with a total of around 1000 passengers (arrival and departure) can definitively be handled, but 10 A380s, probably not at this stage. So instead of throwing in the largest plane at the beginning and hope for the best, we decided to start small, making sure everything works. Then as we optimize, scale up the aircraft sizes.