A bug I named the “ghost ramp” has been discovered, where, upon upgrading an asphalt runway to concrete, then upgrading the connected ramps via “upgrade ramps” under the runway’s upgrade tab, I’ve created a monster! 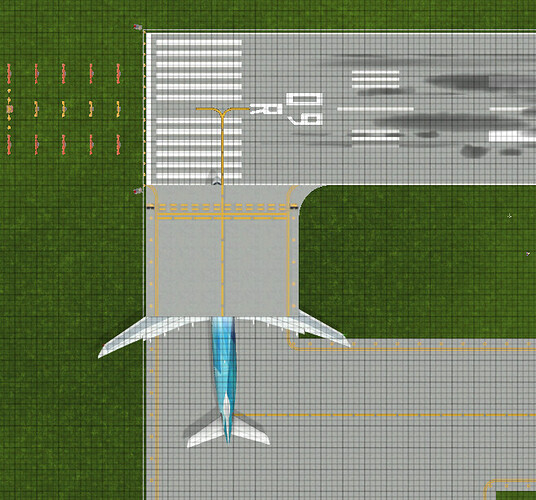 This has already been reported via the bug reporter, and is merely a warning.
The bug can be circumvented by manually destroying and replacing ramps you intend to upgrade to higher quality, do not use the runway’s dedicated “upgrade ramp” button in it’s upgrade tab.

Is it a new map in your case @TheWorld or a map which was made before the upgrade feature came in?

I am not sure if it affects new maps too. In my case it’s a map where the ramp was built before the update feature was added.

This runway and it’s ramps were both built and upgraded in 6.1-0, the newest version. This is not an old map problem.

We’re looking into this on the latest beta!