Seeing a strange issue today in a career game I have been playing for awhile, Beta 2.2-3 version. I have one terminal completed that services only small aircraft, with a full baggage system.

I am nearing completion of building my 2nd terminal that will service medium aircraft, and, I’ve run into a portion of the map where I am not able to build baggage belts. If you look at the screenshot below, even though the belts haven’t been “built” by the contractors, you can see 2 issues that I have run into: 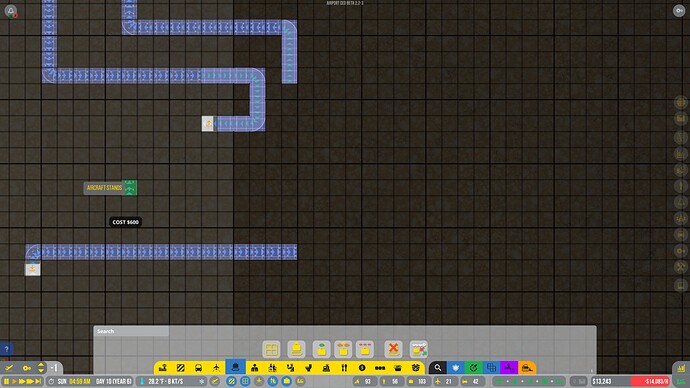 Anyone seen anything like this before? I have also tried using the bulldozer in that area to see if there was some weird artifact object, but that did not help.

And…as soon as I post about it, it went away. I had saved and reloaded, moved onto different areas, did other things, and nothing was working. Literally was dealing with the issue for over 30 minutes before I finally posted it here.

Hmm, sounds very strange. Is it happening on beta 3 as well or you have yet to try that version? There’s been so many changes to the build system between beta 2 and beta 3 that we’d rather verify this bug on beta 3 than looking at it on beta 2.

How do I load Beta 3? I have never loaded the experimental branch builds, but for as much as I am playing right now I would be more than willing to do so.