started an airport, then I didn’t like the design.
I demolished old one and rebuild a new one. 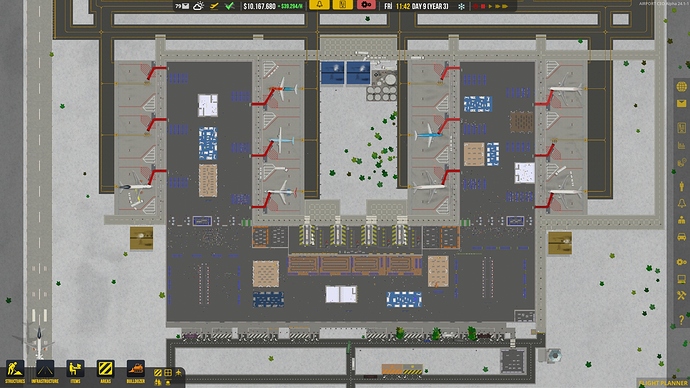 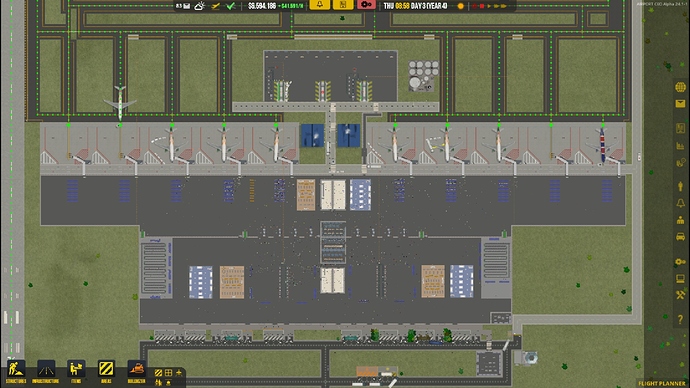 Just out of curiosity, why so much intermediate taxiway foundations?

This was the situation; 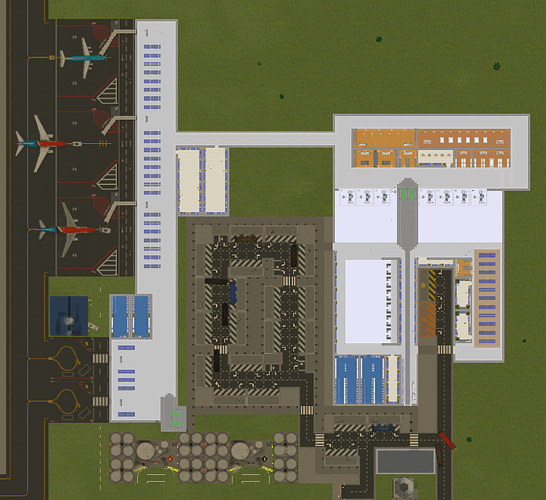 The current situation; did the baggage system twice, was not satisfied. At this moment its great 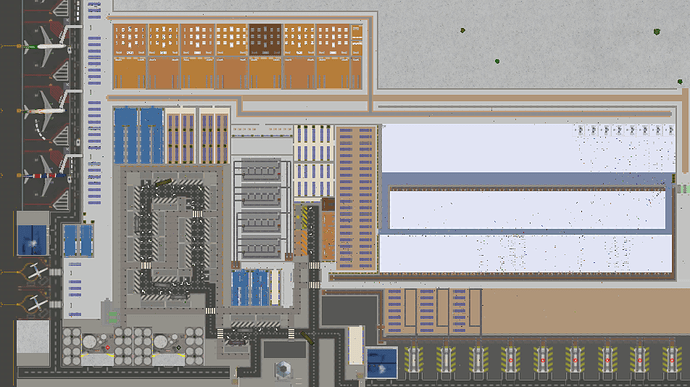 still have 2 “in between” rooms leftover that I still have to make a up function for.