I would like to suggest making ‘‘through’’ stands that are very usual for the regional airports in Europe. These ‘‘through’’ stands connect to a taxiway on both sides of the stand, so the aircraft doesn’t require a pushback in order to leave the stand.

These kind of stands are loved by the low-cost carriers as they usually cost less for the airline and also takes less time during the departure. 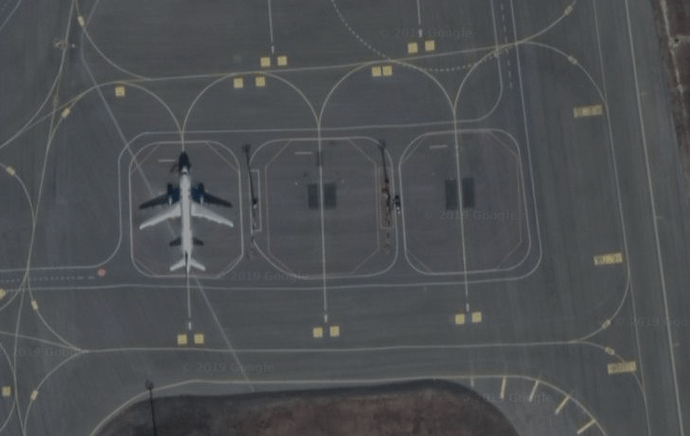 This particular image is from Vilnius International Airport, but many other regional airports, like Riga, Hamburg, Prag, Budapest etc have a number of these stands as well.

I think no remodelling of current stands is necessary. If only there were a possibility to connect another taxiway in front of the stand, and of course, the aircraft recognizing it, current medium stands would work perfectly!

This would add to realistic builds of regional airports, especially now, when we only have small and regional jets available in the game.

It would be really nice. Currently there is similar de-ice stands and maybe similar concept can be added in future.

Great idea. In the next few months, we’ll have another Feature Vote. Be sure to suggest this then. It ought to be pretty quick to implement.

I have posted and requested the same. In a trip to Angola, you have 777-300s in this fashion, even at a slight angle making it look all fancy, loading and off-loading with stair trucks. Really hoping for this as a new feature as well.

So perhaps small, medium and large stands that can work like this, straight or angled.

No seriously. Let’s not forget to vote for these stands to be implemented as well