I have these stranded passengers hanging round a small gate outside - I toggled it for GA and commercial then realised it wasn’t connected for passengers to walk into the terminal. 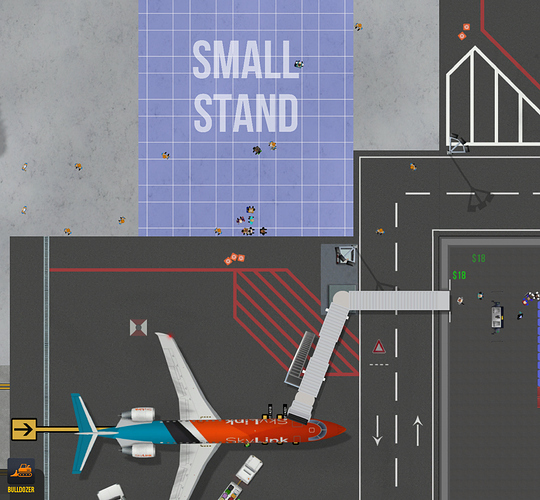 Have you tried resetting person nodesq in console (F10)?

just tried that - doesn’t seem to do anything

Did you try using the console and reloading the save file? That helps fix the problem for me sometimes when I use the console.

I’ve had the same issue. Only way of solving it,was build a sidewalk to the inside of the terminal to get rid of them. Don’t forget to secure it. Destroy everything in its path.

Thanks, sorted now, had to demolish taxiway and 2 stands to build a rescue path. They were stuck for a couple of days, I’m expecting legal action for my incompetence.

The situation you’ve caused is indeed tricky from a development perspective, good that you were able to solve it. I think we have a few ides of how to sort it so that you won’t have to build additional paths for them but it’ll take some time to get those implemented.

it was better than waiting for them to die or get run over buy a baggage cart.

If you try to set a small stand for CA can it route-check to ensure pax can escape to the arrivals hall from the apron?