Southend is not a City

When I created a new game and select Chelmsford, UK it is showing as NEAREST CITY: SOUTHEND

Southend is not a City. It is a Town. Southend-on-Sea - Wikipedia 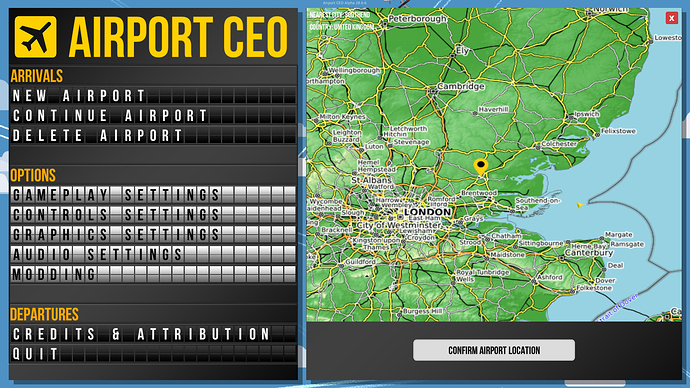 Does it have a small airfield? I know whereever i click in the country i live in it doesn’t just show any town or city, but the ones that have aifields.

In terms of town vs. city designation, many countries (e.g Germany) don’t actually distinguish between the two depending on who wrote/defined the wording, they might not know what the difference between a town and a city is (as per UK definition), different countries could also have different definitions for the difference.

The same with the City Kaiserslautern in Germny with more than 100 000 inhabitants.
When i build my airport it says the city Is Zweibrücken.

As @dewitjur said, the game map only show cities or places that has an airfield/airport

(Which is disappointing, but the devs said they will replace it along with a regionalisation and biomes, soon…)