So i managed to reach 10k pax 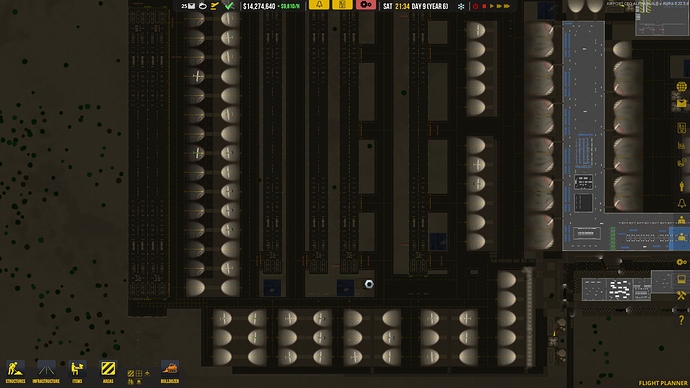 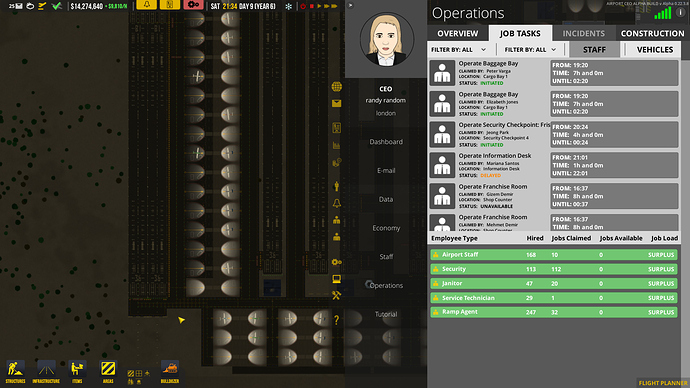 anyone else managed to reach 10k and do people want the save file?

How is it running?!

Also I only see two baggage bays, is that enough?

I see at least that you’re on the experimental branch.

GA at 100% caught my eye too… even when i have dedicated runways for GA (separate for arrival and departure) and keeping Commercial traffic on different Runways, dedicated Fuel trucks, fuel depot… I couldnt go beyond 60%…

How do you deal with all that PAX on public transport?

I’ve got approx 5k PAX during the day and even at this late time of night, I’ve still 3K PAX hanging about… well, bus stops and car sites.

Runways needs speeding up too. The ability for one way taxi ways too would be awesome. 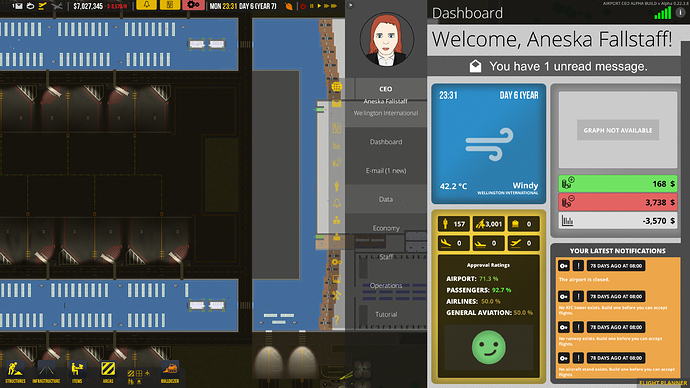 1fps for the win, right?

Do you PAX numbers seem to be linear or log in growth?

@Olof and @daniel. Two baggage bays are enough as the original bottleneck with the large amount of traffic was the unloading and loading of baggage at the aircraft. In previous attempts the ramp agents would be waiting at least 10 seconds to move (sometimes upwards of 30 seconds to a minute). The second biggest bottleneck was the distance the carts had to travel. Loading and unloading at the baggage bays didn’t impact compare to the other two problems.

@Rubble I have about 20-40 bus stops and this seems to mitigate the problem.
Regarding growth it’s probably more logarithmic in growth. I only reached this big a number late in the day. for a long time, the average numbers were 7k.

Here is the link to the save
https://1drv.ms/u/s!Aqfyh6JHlqmmiIFIPUhPKaSAEfoDtg