Airline Description: Sydney International Airways (short: SINTAS) was founded in 1997 with the great vision to become the second biggest airline in Australia and a serious competitor for “The Flying Kangoroo”. Flying medium and long haul routes to Domestic and International destinations, the want to outplay their big rival by cheap prices but acceptable service. After a few hard years in the beginning SINTAS finally became a rising star in the sky of Autralia. 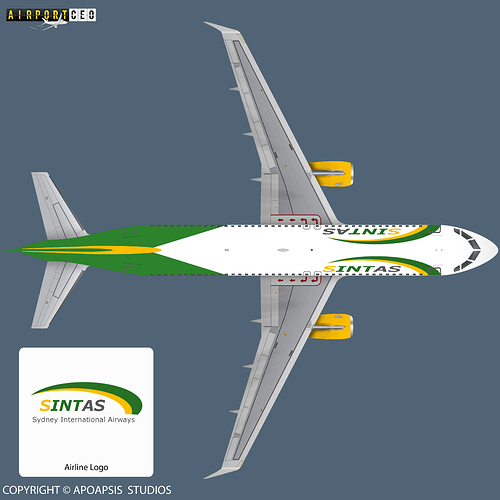 Love the stripes over the name on the front.

Nice but “S” letter on aircraft is hardly be seen. I see mostly “INTAS”.