Know i have a bigger Problem. The saved game List Is empty :((
2 Hours of my life …

Has anybody a Solution?

I am Afraid to Start a New Game, Because of This bug

Is there anything in the actual save folder?

There has previously been an issue that if anything in the savegame folder is of the wrong format, all saves after that cannot be read properly.

Where do i find the Save Files and what Is the right Format?

In my saves folder, each saved game is a folder containing a bunch of .json files and some .txt files.

I don’t have access right now, but if I recall correctly, and you’re on Windows then it’ll be %appdata%/local/apoapsisstudios/airportceo/saves or something similar. If that path doesn’t exist then just type %appdata% into windows explorer and search from there.

I think the correct path might be shown when you try to submit a bug.

I cant find it :(.
Damn. I Hope the devs Can solve the Problem

Can’t find your saves, or can’t find the folder?

How many saves did you have?

Can’t find the Folder and the saves. Perhaps i am Tired. I will have a Look on saturday

In my Opinion i had 3/4 Savegames

I think one of the folders is hidden, so make sure to view hidden folders on your PC and you should find them.

Or try going to your user folder and then add \appdata in the explorer tab if you understand.

We published a fix for this as some were having trouble loading their saves. They all had there saves there, they were just not showing in the load panel. Update to the latest version and see if you can see your saves. Otherwise contact us.

Yes - i Can See my saved games. Thank you for your Hard work. I appreciate that!
Now i am waiting for large Stands, larger Runways and very Heavy Birds

I am only joking. Thanks for the Game of the year! 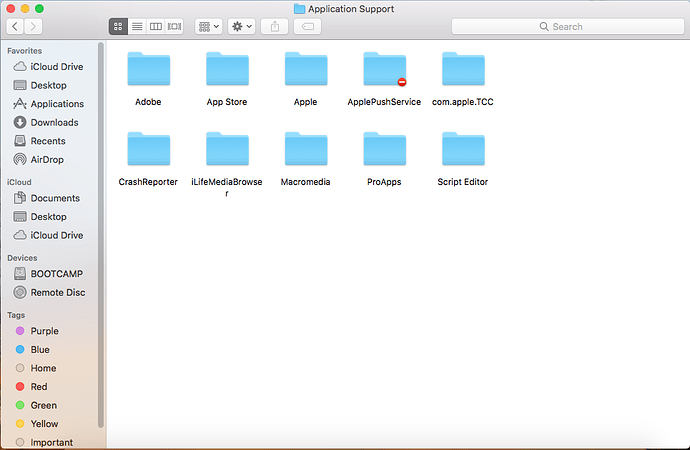 48 PM965×630 66.6 KB
Attached: The Screenshot. i play on my Work Computer and Home and its a pain to have two different sets of Airports to deal with as the idea does not flow freely.

I was looking to copy the save games from one computer to another as my day progressed and depending on my location.

That’s the wrong Application Support folder, you want the one in your User folder, with the User Name you log into the OS X on. 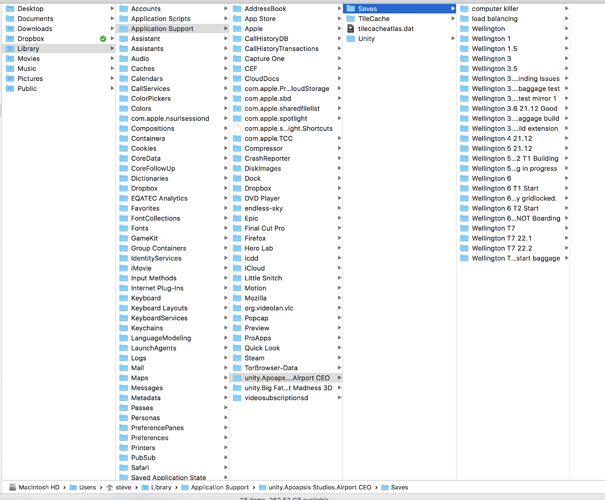 I am running Sierra though, and I would not have thought HS would be that much different in the directory structure. I know they change things a little between versions, but HS wasn’t really a major dynamic change I don’t think.

Oh Thank God! Thanks Rubble! I had to get the Showallfiles active in finder to get to the Library in my UserForlder and Bingo! I found it… Thanks for showing the way! I Appreciate it

Yes… Mac player here! Found Mac to be much more stable almost zero errors and no restarts… I dont miss windows at all HAHAHA

Hello, I just started to have troubles with loading my saved airport. When I pull up my saved airport it only shows the loading page. Can anyone help me find the solution to the problem?This is also on a PC.