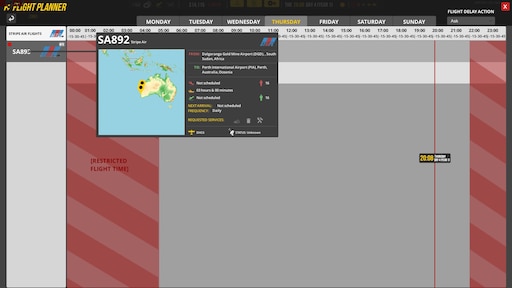 Steam Community :: Screenshot :: No just no. The Kimberly is not South Sudan...

Steam Community: Airport CEO. No just no. The Kimberly is not South Sudan game.

The Kimberly is not South Sudan. In all honesty this did make me laugh but thought i would report it anyways.
My Airport is in Perth Australia and every time i have started a new game the first small plane commercial flight is like this so its very easy to reproduce hence why i did not click the bug report and decided to post it here.

Yeah, i was laughing so hard at this. I did expect it though as not many games get anything about Australia right. I’m not sure if this system acts the same with Europe, i would not expect it to.

The joy of early alphas

I just close my eyes now and try to not notice that a lot of my flights are like this, since the Devs are well aware of it

This is a pretty wierd bug which we’ve honestly not yet found the solution to, well, haven’t had time to check it that much since there are other, more pressing issues, but it’s indeed a bit strange. My guess is that something is off with the coordinates or airport database mapping.

Which airports have you found to have a wrong world placememt? Maybe if we list them here we can see a common denominstor and uncover the bug…

Here are 4 I just pulled up off one airline contract 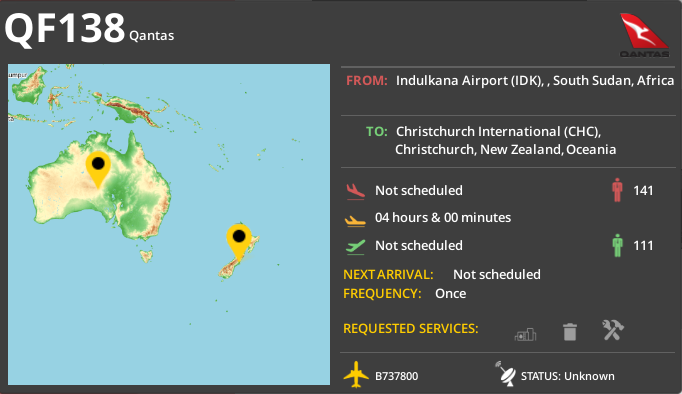 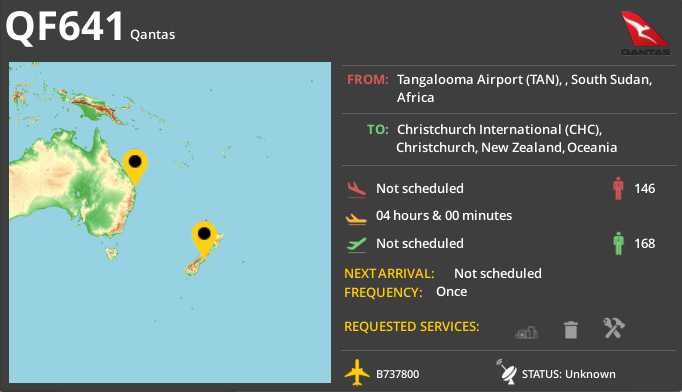 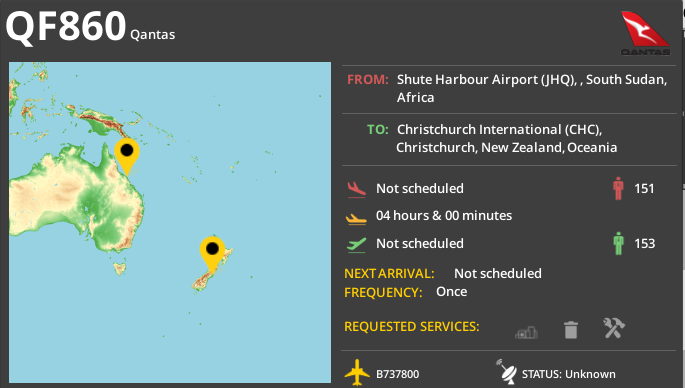 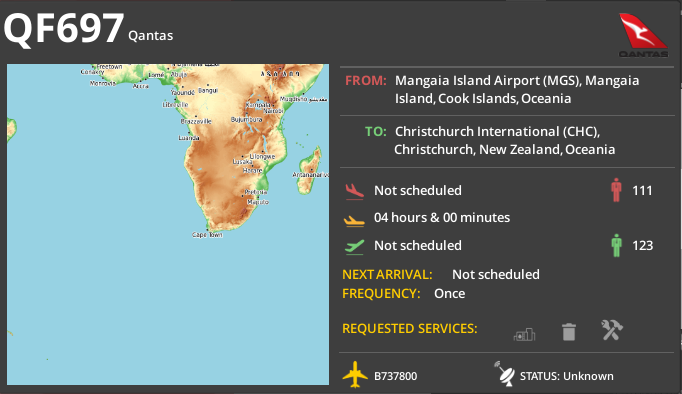 Here are another 4 I pulled from the next contract I took out. 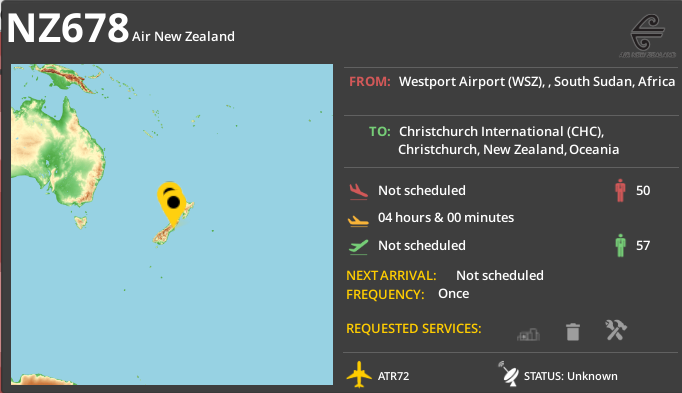 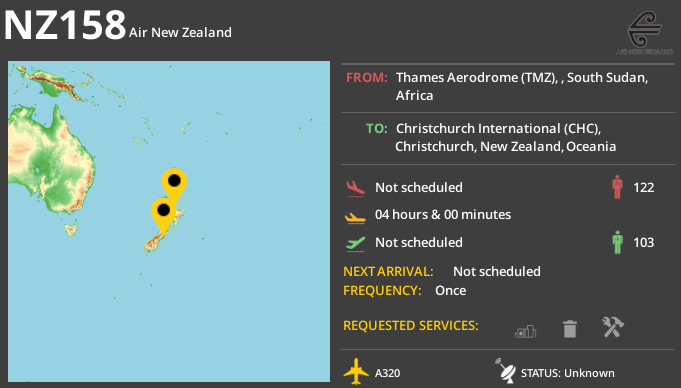 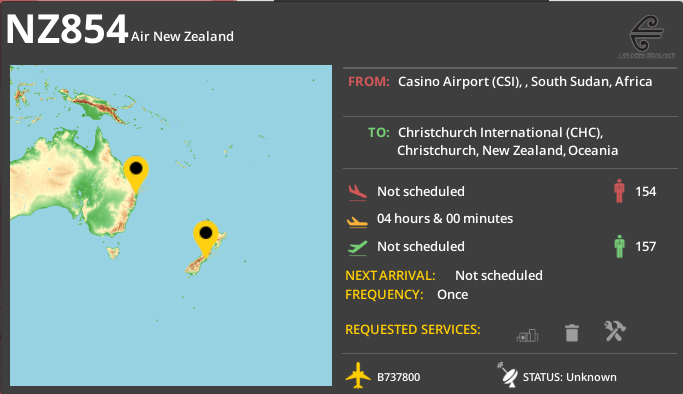 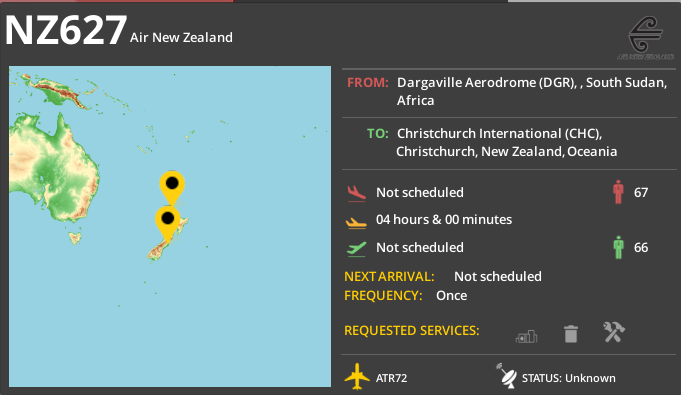 Nice fleet of planes you got there…

@Olof and @Fredrik, is there a way you can standardise the colours of where the logos are placed upon. They are on White, Black, Green etc and for me it makes it more difficult when putting the Airline logos together such as ANZ shown above to be consistent over every type of background. I know it’s not a simple thing, or is the answer to just put them all on a consistent background and ignore the elements they then go upon?

Here is another 4 from the next contract, a “normal” airline this time not one that’s been added. 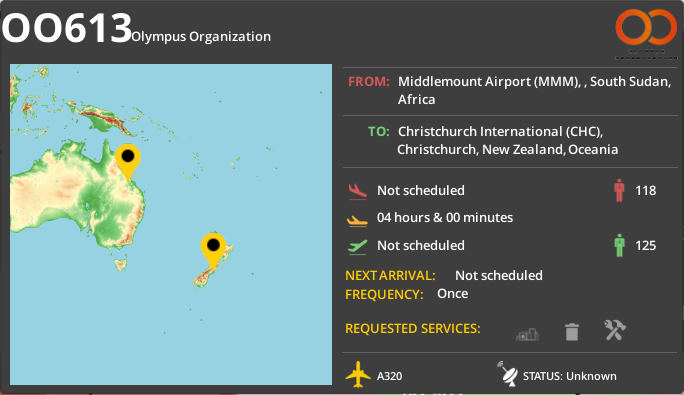 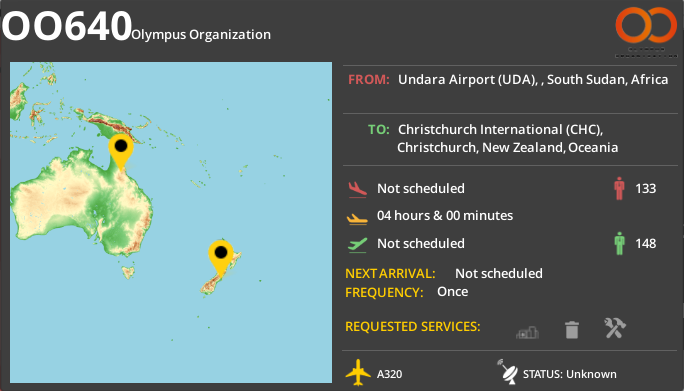 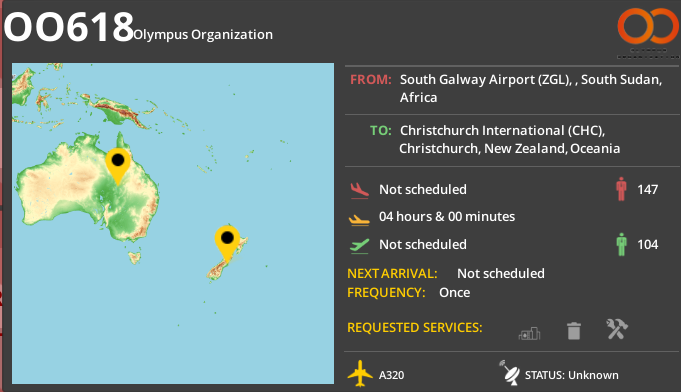 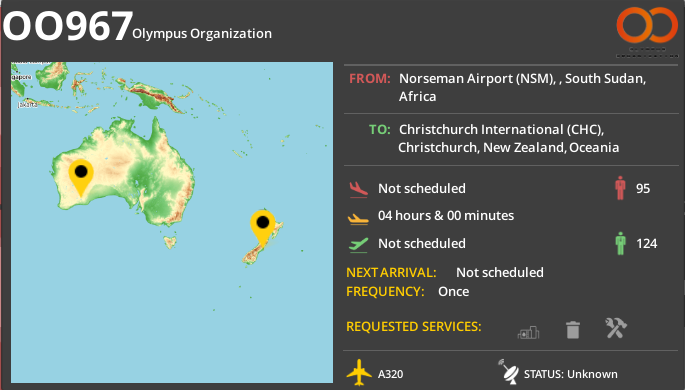 Thank you for replying. I only bought this game yesterday, so i have only played with my airport in Perth at the moment. Every time i have noticed the bug its been with South Sudan for me, the location such as say “Exmouth” is fine but the country will say South Sudan. Sorry i can not be of more help with this issue, if i manage to nail down the direct cause i will be sure to inform you. As of right now South Sudan is the common culprit here, as my screenshot and @NZ_Simplicity screen shots show.

@Olof I may found something interesting. The airports @NZ_Simplicity posted and looks like “located on South Sudan” don’t have their full name on excel sheet. The excel sheet that we (ACEOMM) listed PAX numbers for realistic routes. If I remember correct you guys were using same table.

This issue has been around for since the first update. I think something’s up with the generation of routes around this area. I’m also getting this problem building my airport in Papua.

In my old airports located on Europe and North America it also happened. Currently their saves probably gone.