In case of an emergency landing caused by engine(s) on fire (or other issues), multiple units would respond and passengers would evacuate immediately. The runway may be occupied for a long period of time. After the fire been extinguished, the aircraft would be pulled directly to the hangar instead of a stand. (who cares about the luggage). The runway would reopen after it’s been cleared up.

I’m thinking having all fire units, ambulances, and one or a few police units standby by the runway. (I believe it’s feasible because it’s quite similar to having four de-icing vehicles on a large de-icing pad) Also with airside shuttle(s) waiting for passengers evacuated from the aircraft. (Yes a new animation passengers evacuating is needed) After a pushback truck pulled the aircraft away from the runway, debris remains on the runway a service car or some other car would clear the mess up. (like how janitors work?)

In cases of emergency landing with engine failure, or the animation in-game, an aircraft always land with its engine on fire. It’s great to see that fire engines are now implemented and will wait by the runway. But there’s only one fire engine to save the lives on the aircraft. And the aircraft can still taxi to a stand after the fire has been extinguished. I know there’ll be a lot of work to do but since it’s a simulator game and everyone is trying to make it looks more realistic. 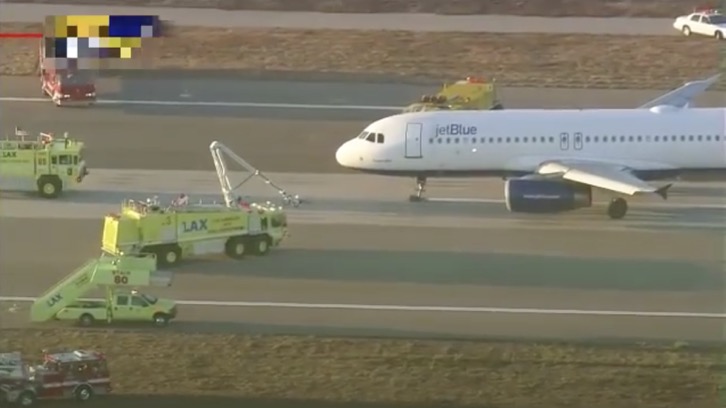 In real life, an emergency on the runway can cause the closure of the whole airport for hours.

Keep in mind, many players want to enjoy the game and have a good reputation and financial result at the end. The emergencies are a nice feature to bring in some variety during the game, but they cannot be the main topic of this game.

If emergencies would be 100% realistic, then 1) they cannot occure that often and 2) they will cause that the player will have to deal with it for at least 1/2 a day and may crash all other ongoing businesses.

To get the game back to normal, it’s important that the runway gets released as quick as possible.

In my opinion it’s a good compromise to have a bit of action in it but not too much. The only thing I would agree is that a pushback truck pulls the broken plane from the gate to the hangar. (not from the runway)

Keep in mind, many players want to enjoy the game and have a good reputation and financial result at the end. The emergencies are a nice feature to bring in some variety during the game, but they cannot be the main topic of this game.

That’s exactly what I mean. Being as close to reality as possible while keeping it fun to most players.

I definitely know in real life it takes hours/days and a lot of other stuff to do after everyone’s safe. What I’m suggesting is to add the most crucial part, on the ground, of an emergency landing. Completing the procedure should not take more than an hour in-game. And if a player has those vehicles in surplus, as I do, it should take about just half an hour to make the runway open again. However currently in-game, it takes about five minutes to extinguish the fire and the aircraft just taxi to its stand as if it’s just a normal flight, but just more “urgent”.

In addition, I would say it’s reasonable to close a runway for an hour, or a couple more. The volcano ash delays all the flights for 12 hours and extreme weather delays them for 6 hours (if I remember). There’re more frustrating things in the game than just closing one runway for an hour. Also, even when I’m playing extreme mode, where I encounters extreme weather right before the volcano ash ends, crash landings are still very rare (I’m actually looking for having crash landings and I experienced two continuous crash landings once)

It won’t have that much effect on the operation, it’s a good chance to get the fire engines/ambulances players bought working, and it makes more fun.