I’ve been enjoying building airports with the game, especially the big ones…

The thing is I just traveled to Beijing and was stunned by the magnificent Beijing Daxing International Airport (PKX). Having five floors above ground and one underground, PKX actually three levels for check-in and two arrival levels. For more details: -1F has subway/train station entrance and CI desks for pax arrived by rail; 1F(or G) has the lobby and International Arrival baggage claim/exit; 2F has Internation Arrival(then goes down to 1F for baggage claim), Domestic Baggage Claim/exit, and the mixed Domestic Departure/Arrival area; 3F has Air China/CUA CI desks, Domestic Security Check, and Internation Departure area; 4F has all other CI Desk(domestic & international), and Internation Security Check(then goes down to 3F for departure); and 5F is just for some franchises and office area. The moment when I was first shocked was when I stepped in the terminal and look back to find out there were entrances on floor levels, which means the ramps go up and up to the 4th floor.

So when I’m back home I really want to build my airport with such designing ideas. I’m halfway there but the real question is that we still don’t have ramps going up, so the only option is building everything on 1F and underground and passengers can only take the escalators again and again from -1F to 2F(highest floor in the game). I understand there’re considerations that stop devs from allowing building roads and stuff above ground(e.g building bridges over taxiways and stands). I doubt there’re a lot of difficulties implementing the feature and there’re several posts requesting such a feature that gained a considerable number of votes. So I think something players wanna hear is having it implemented in the near future somehow? And I personally would like to see more floors available, though three floors above is not a small number.

Finally, as usual, thanks to all devs and it’s your efforts that create the amazing game! I’d appreciate anyone that’s willing to take the precious time to discuss any issues and concerns.

Developers have already told that there are NOT going to be any transportation structures over ground floor.

hmmm… Is there an announcement or some reasons given anywhere?

A great idea and should be added. Our Dallas/Fort Worth International (DFW) has multiple floors for check-in and departing. As well as multi-level parking garages.

But given that devs have indicated that ACEO is nearly ready for final release (and they move onto a new project after they abandon ACEO (except bug fixes)), I doubt that such a feature will be added. 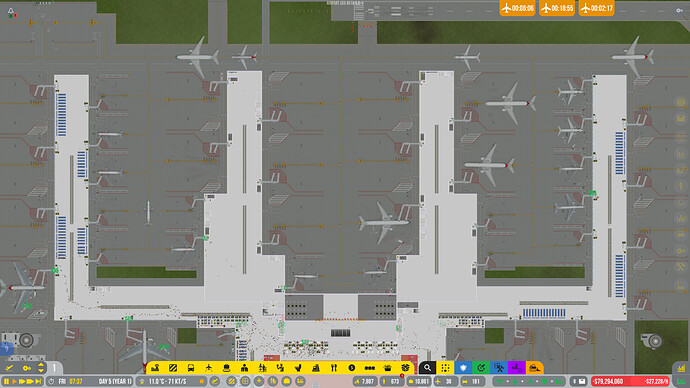 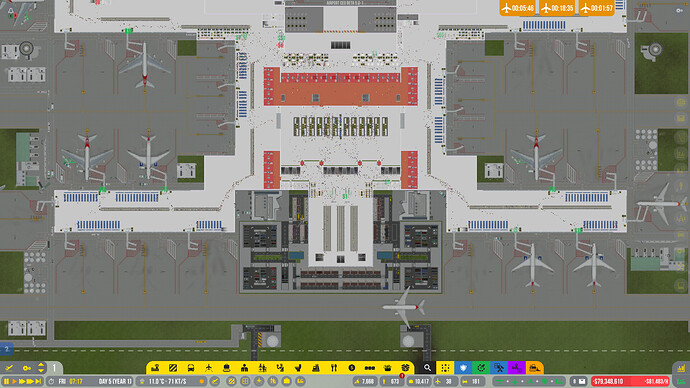