Im not sure where to put it, as this is a tip AND an idea.

There is already a thread about blueprint / ghost building (like factorio). I dont think it need to be so complex as factorio, but a handy tool for planning your layout. This is especially important when building baggage belts and system.

First, you cant flip the scanners og baggage bays, so you need to plan very specific to get it to work and especially in tight areas. Of course, you can pause and build and remove. But in some cases I want to plan before I have unlocked all the scanners. Also, integrating it into a running system is a challenge (and a bit what makes this game very nice). Its also nice to do some planning while time is running to bring in cash.

I have found that using floor tiles with different colors can be used as a kind of blueprint to build upon later.
Outside I have also used fences or sidewalk to make a border to work with, but floors inside are instant 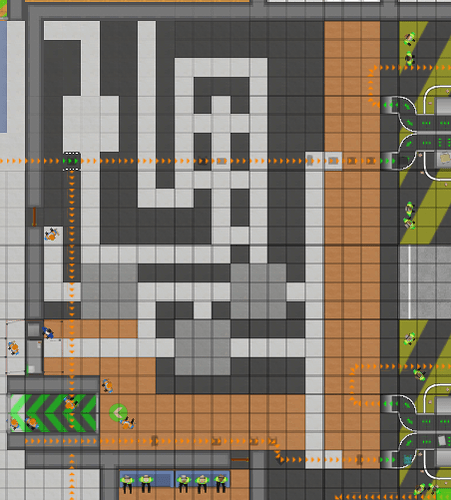 15452×501 158 KB
2 belt in and 2 generic scanners. On the bottom, the “red” baggage goes to the other scanner before put out to the specific scanner. This is the only way I found to have 2 scanners operating. From the spesific scanner, it goes in a loop and via a manual scanner before destroyed.
The loop back is a bit tricky, and based on my plan, I see I have to move the feeding line one square closer to the baggage Bay to make room for a return line.

Had to tweak it, but seems I can fit it. I will post the final result when done 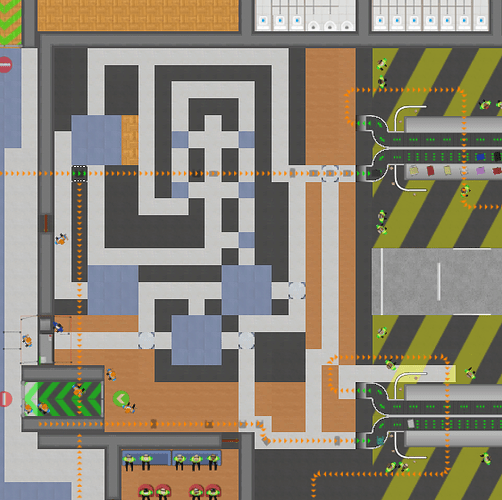 It took a while before I start building scanning for baggage as this is my “work” game, and not able to play so much

This of course will change in the future when floor tile changes won’t be instant, but until then… nice solution

Are they planning to change that

? I use it all the time everywhere to make a clear separation of areas and stuff while building, so it would be sad to see it disappear.

Here is the finished product. Not open the specific scanners yet, so it would be a lot of bag destroying the first day :).

Also, This illustrate the big problem not being able to flip the structures and passing belts. Scanner 1, needs to feed it to scanner 2 a second time to reach the “D e s t r o y e r”

and while writing this, bags clogged up my system. Not sure whats the problem is, but it seems they cant get into the bay… dd 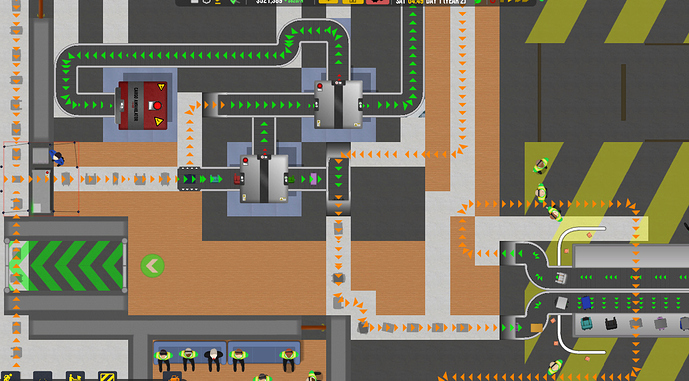 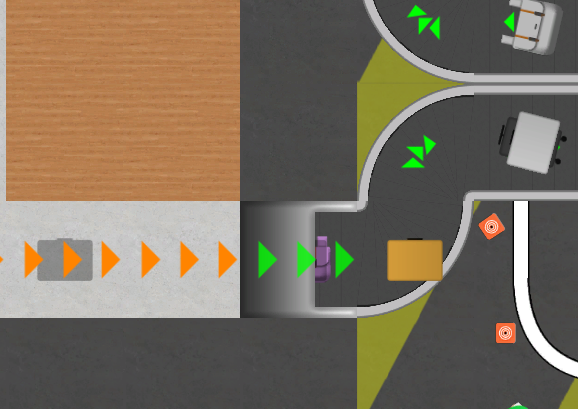 Time fixes everything, After 5 minutes, bags started to run again.

And my destroyer has a feasting time of its life 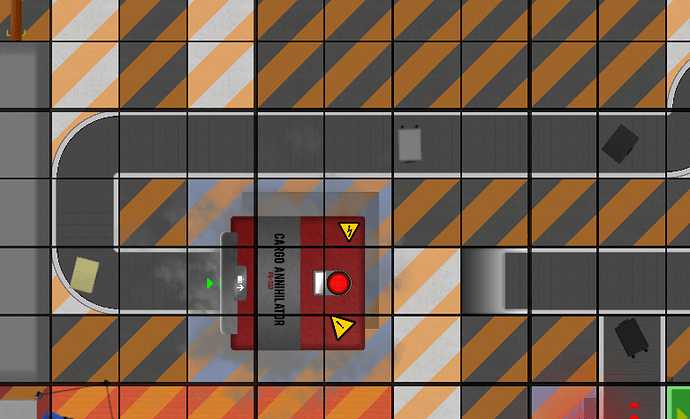 … and the bags stopped again

. Both incoming and outgoing…

Well it wont disappear, but it will require a contractor to actually come do it