Hi Guys, this is not the first time this has happened, where the planes are getting stuck trying to take off, now I think this is down to my poor design in taxiway, can you please take a look at give me some suggestions on what I can to unblock this? 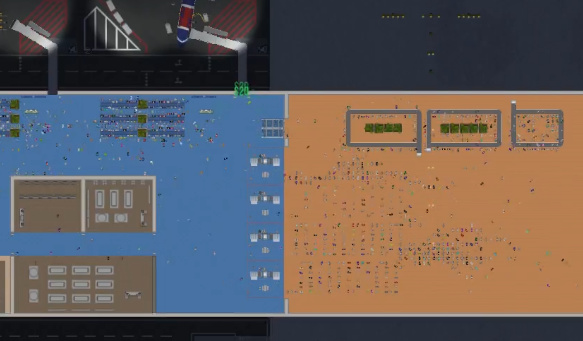 I think the problem is security.
in the video it’s mentioned one of the planes is still waiting for people to board.
But also later on mentioned in the video that there isnt enough security.

Adding one or two extra security checks should fix the issue 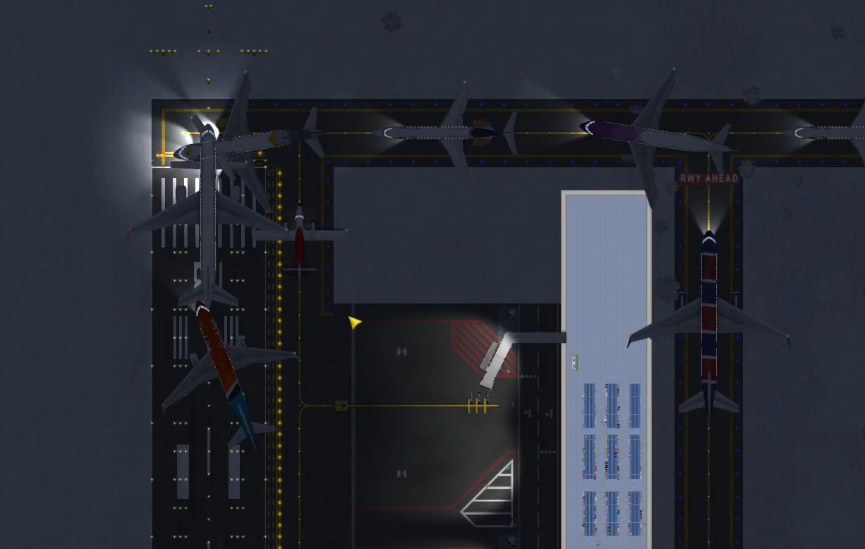 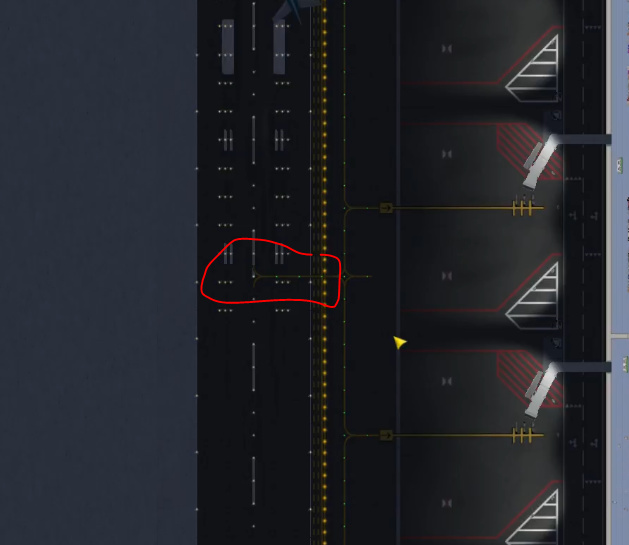 This issue is caused by the second picture where planes can get on the runway in the middle, causing the jam.

@Olof any additional tips.
Never had these kind of jams myself

I think you are right here @Jettuh. The plane use the runway as a short cut, ending up blocking the oncoming traffic. So removing that path might solve the problem. However, It can also be caused by the medium stands being very close up to the runway so that aircraft actually get pushed back right onto the runway. If you can I would suggest you to move the runway a bit back from the terminal allowing some space between the runway and taxiway. If you get one of these rare deadlocks there is always the option in the debug panel (F10) to reset all paths, which should clear the problem until a better design has been built. Hope that helps.

On a side note, this issues are one of the reasons we are doing some changes to the taxiway system in order to prevent deadlocks like this.

Thanks guys, I will give this a go.

Thanks Guys, that did help, I’ve now gone on and removed the runway next to the stands, as this was causing some issues.

After doing this though, no planes was landing, even through I’ve got another two runways!

Why do you use a runway as a taxiway? That one on the left? You demolish it, thank goodness.

You are missing holding points to your right runways at around 6:32. I could not watch anymore. Sorry.

Hi, it was not meant to be a taxiway, I built the stands to close, that’s why I’ve removed it now after building the other two runways, thanks.

I will look at adding the extra holding points, thanks