Plane Lands On One Runway, Taxis To Another v24.3-2exp

A small plane lands on a Grass Runway (#27, in direction of red arrow). Taxis off the runway, along a taxi way, and towards another runway (green arrows). Instead, it should have continued south on the taxiway to the terminal. As I continued to watch, more planes landed on #27 and taxied to #18. Eventually, all the stacked-up planes at #18, reversed, and taxied to the terminal.

Do you want a bug report? 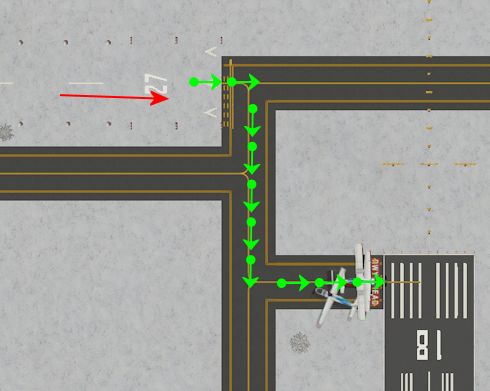 Then there’s that small blue/white plane on the taxiway leading to Runway 18 that appears to be confused.

your missing the “runway ahead” thing in front of the other runway: 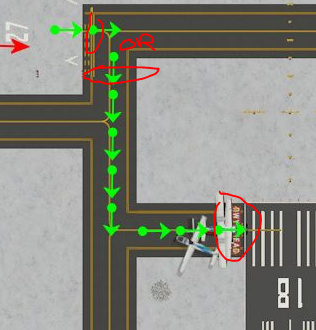 Added the Runway Ahead point. Now, arrival planes just stackup at the end of Runway 27. So, I removed it. Had to use F10 to clear the blocked planes.

I then set Runway 18 to accept only jets, no small planes. As a result, small planes landed on Runway 27, taxied to Runway 18, then immediately reversed to taxi on the taxiway south to the terminal.