I have been playing the game for a bit now, but I am running into an issue with shops. Has anyone noticed that overtime their shops are being used less by PAX. For instance I had the jewelry franchise, and I was getting like 300 sales a day, and now I can barely get 10. I’ll post pictures later in an edit since I am awake late at night thinking about this.

Does this reset? Like after save and reload? Or after a new franchise moves in?

So the “interest” in shops cam back after a loading a saved game, but quickly died down again after two days. I’m at a loss for what is causing this loss of interest. I thought it was my flights being delayed but that really isn’t an issue. I’ve attached a screenshot for you to see the position and during peak flight hours. The screenshots are as I signed and of the whole terminal. Maybe my positioning is the issue. 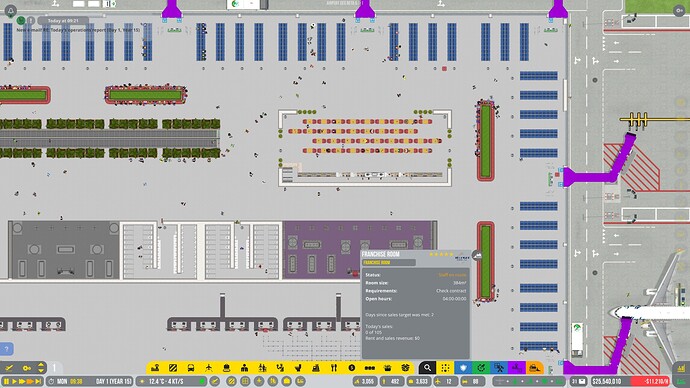 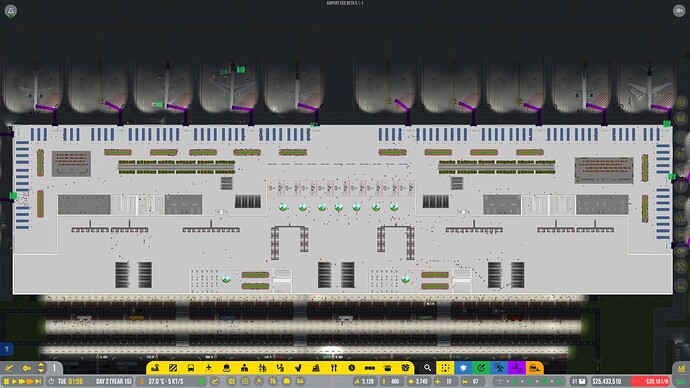 I will run a test myself and tell you the results

@Czkiwi Yeah, I noticed that, as well. Just like you, I got better interest after reloading which quickly died down again.

Is this issue still happening on the latest beta version?

Never mind, pretty sure I found the issue.