Anyone seen this? It seems walls are transparent to my pax. The only thing I can think of is my terminal and concourse foundations were built in sections over time, so boundaries aren’t being eliminated and created correctly.

I submitted a bug report on this yesterday, but thought the group may have experienced it as well.

Would help if I added a visual… 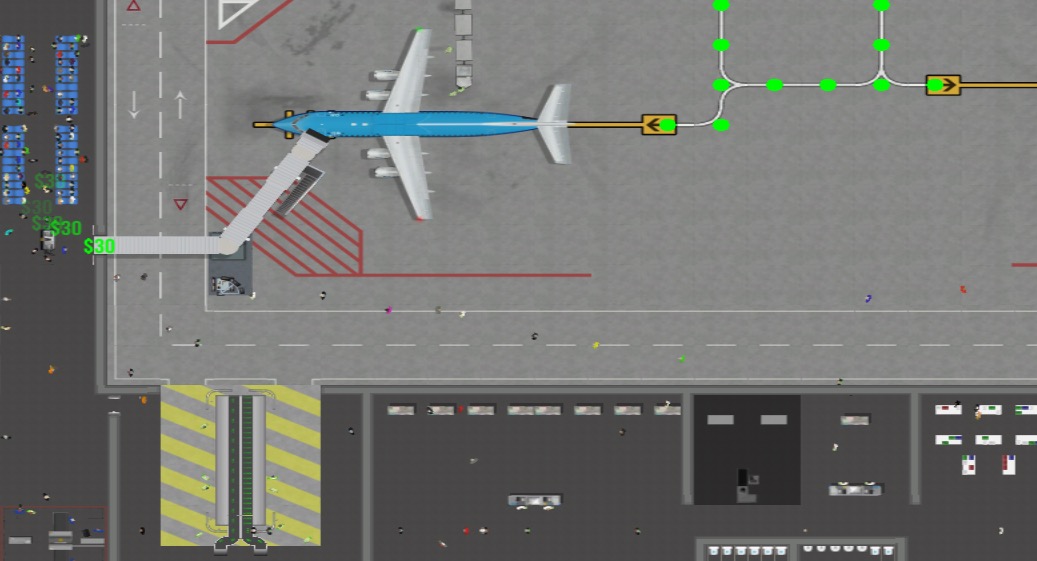 Its a known bug from the last update. Not sure if they have fixed for next release or not.

I found what part of the problem is: my concourses are separate with their own security checkpoints, causing pax to be"stranded" on the wrong one. It was causing all flights to be delayed and pushing with short manifests as well.

So it’s really two bugs: the clipping issue and departing pax routing to the wrong concourse/gate.

Same for mine. Not sure if the bugs are linked or just 2 seperate bugs. I reported both several days ago, have heard nothing since.

This happens when your doors / exit of a stand has no secure zone marker, so, then they will start walking themselfs from the stand to a door somewhere, since they cant enter your terminal.

The zones are correct, I overlay walls so doorways aren’t overlooked. This is a routing/clipping problem.