No one can pass security 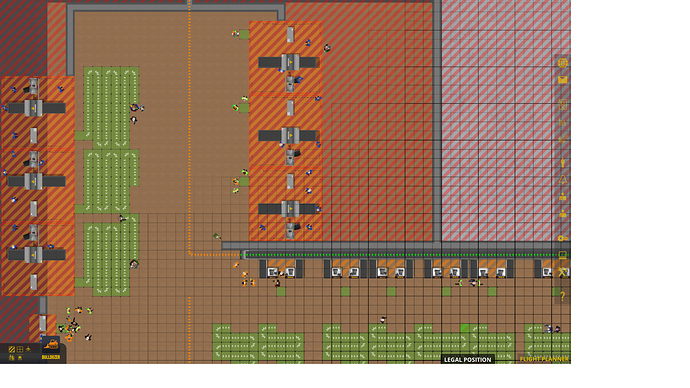 At first my ramp agent could not reach the baggage bay but the I saw no one can pass security( they are on top of each other ) . I tried restarting the game but no luck yet

It looks like you are understaffed. You need 4 securities per checkpoint. If there are less, it won’t function at all.

It’s not just understaffing. See on the top left checkpoint, the staffs is enough.

Have you tried opening up console (F10) and hit the reset the person nodes?

Yes, I have too many security, i tried to reset the person nodes nothing change, now they just stand after passing security 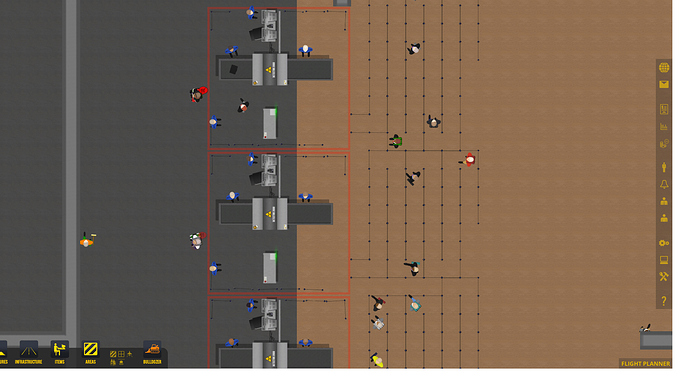 Have you build any seating yet? Bathrooms, shops, or restaurants? People do nothing if they don’t have anything to do.

I have everything i think I fixed it, because what I was thinking is to put a security check point for every terminal separately, and i will block in between the terminals except for the staff but i guess that did not work. apparently security serves all stands.

I’ve not tried this,but I believe different secure zone is implemented and should work. Even with check-in in different halls,they should walk outside to go to the next terminal to go through security,unless it is not connected by sidewalks.

Yes, all security checkpoints connected to the same zone, service the whole zone.

As Patje said, you could make separate security zones

Multiple secure concourses do not work, people are able to get into the wrong one and never leave for their flight.