My version of Manchester Airport

My new airport for Manchester (still a work in progress), currently 6 large stands at the main terminal in the centre of the map and 8 medium at a satellite closer to the entrance road. I intend to build more stands further to the right (once the last square is unlocked).
Also have a separate GA section (15 stands) at the top of the map with it’s own runway and taxiways.

I actually built the satellite first so it originally had both secure and non-secure (for check-in and ground transport) areas. Moving check-in and ground transport to the newly built main terminal without trapping people inside or outside the secure area was quite complex and time-consuming but since I’d done it on previous airports I knew how to do it without mistakes.

I want to move the Admin centre and executive area to either level 1 or level 2 in the main terminal but it will depend on space. 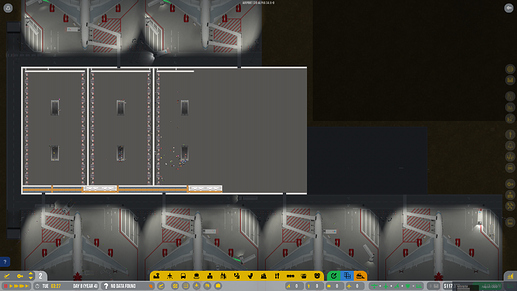 Have you worked out what airport you’re at yet? I hope so, at this point you’ve either gone past security or got off the plane at the satellite terminal. 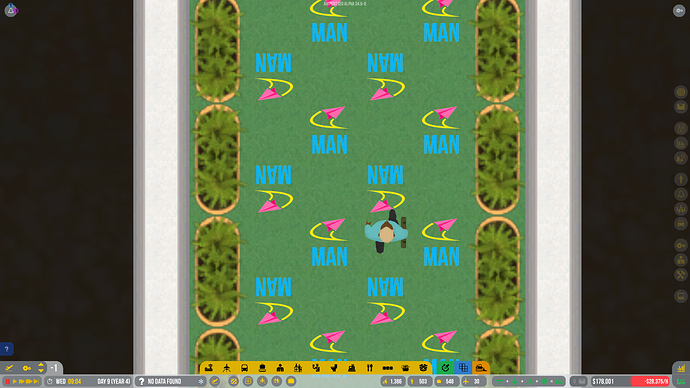 We recently redeveloped Level 1 of the main terminal, providing more retail space in the secure zone also added more and better seating at the gates: 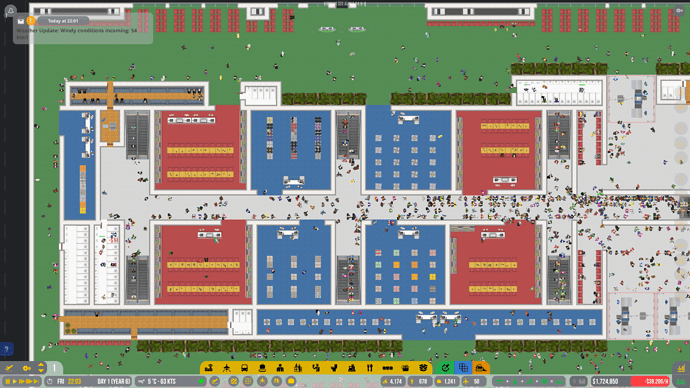 The next phase of Terminal redevelopment: 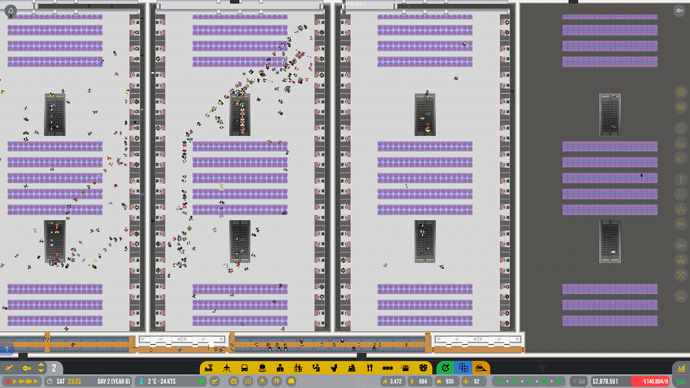 Another meeting of some very big birds (Not quite as impressive as the last one though): 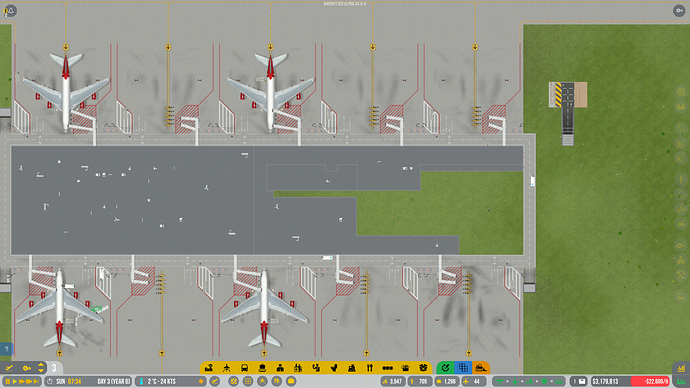 Manchester Airport closed recently. It is in the process of being replaced by a new airport with better terminal design.

The early phases of development as a basic airfield.

Temporary administration/executive centre, will eventually be moved into one of terminals/satellites.
Airside vehicle access being constructed to enable the addition of refueling services 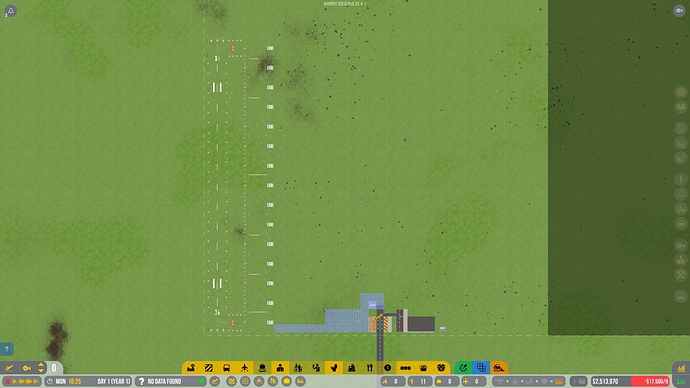 The south satellite has been built. It was originally built as a standalone terminal but is being transitioned to a pure satellite. Secure zone exit and ground transport have already moved to the future main terminal.

A new larger runway handles the commercial flights that operate to 3 medium and 7 small stands. 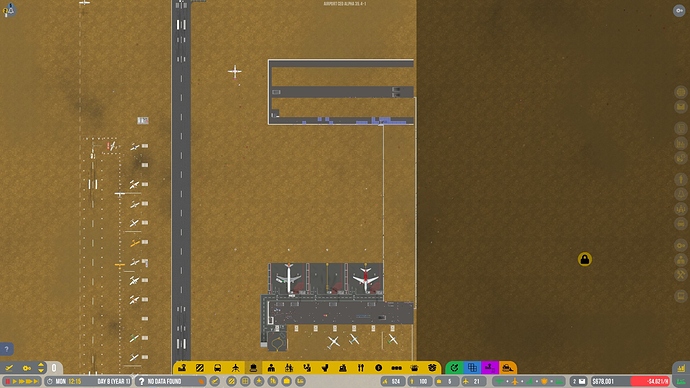 Some work on access and separation (on levels 0 and 1) is still ongoing before international flights can begin to operate. 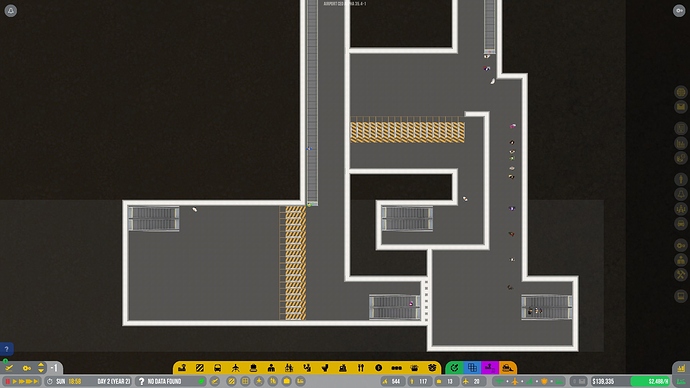 International flights have now started to operate. Many escalators have been replaced with elevators as a space saving measure.
The new baggage handling system is currently under construction and will go into operation shortly. 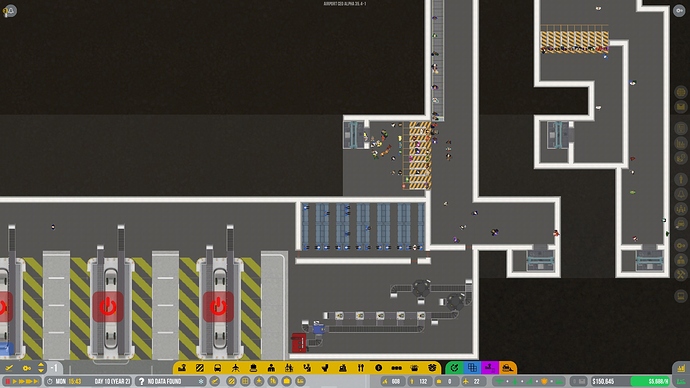 Final layout for the main terminal and the satellite have been confirmed:

Across the entire airport Level -1 is used for service vehicle parking, fuel depots and service roads. Service roads sometimes move down to Level -2 to avoid public roads and the access tunnel.
Baggage Belts are generally in Level -2, but can move up to Level -1 to cross each other. 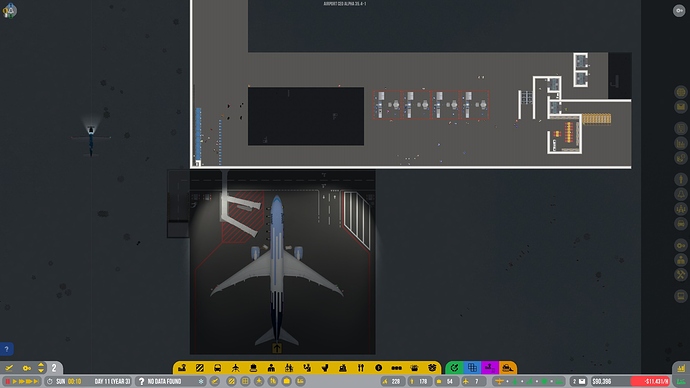 After adding another large stand, we welcomed our first restaurant franchise and our first A380.
The main terminal has been extended downwards into Level -2 to provide additional bus and car access to the airport. 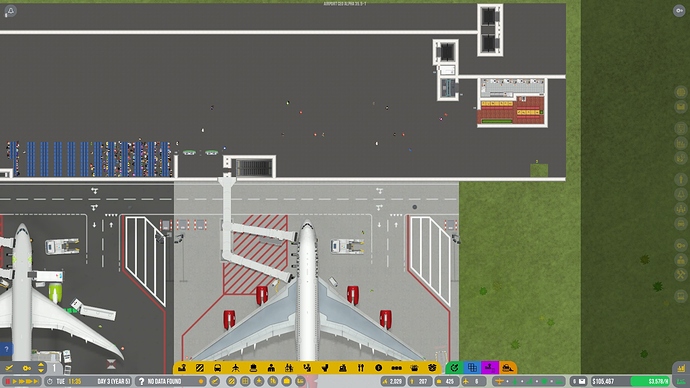 We have now completed our satellite terminal at the south end of the airport, it consists of 16 medium stands that all have direct jetbridge access. 4 of these stands are domestic (121-124) while the other 12 (111-118 and 125-128) are international.

A third large stand (103) has been added at the main terminal. The airport perimeter has been expanded to the east and an expansion of the taxiway system has allowed us to introduce a one-way system for aircraft. 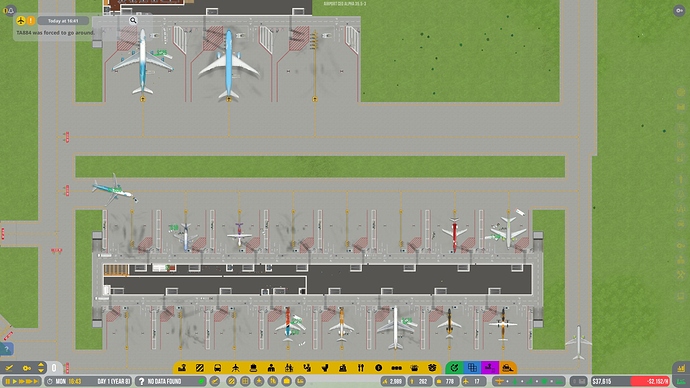 Having added 2 further large stands we have also had to massively expand our ground transport capacity, not only to cope with the current number of passengers but also to account for future stands on the north side of the main terminal building. In addition to another subway entrance on the -1 Level. We have now redesigned and expanded out road transport access to the airport with more bus stops and car stops as well as moving the parking areas to a new location. 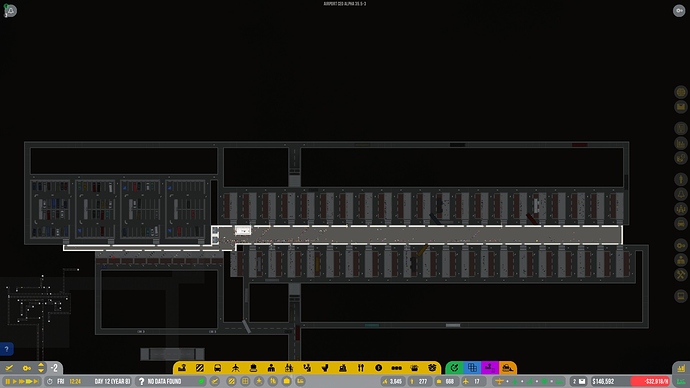 A new medium runway has been built east of the terminal to provide dedicated landing and take-off runways thereby reducing runway congestion. 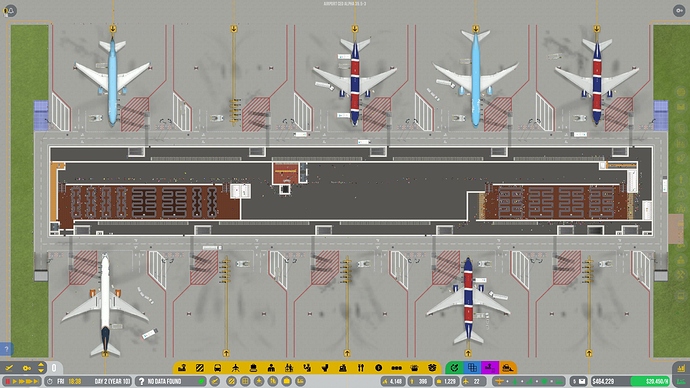 We have added another large runway to the east of the second medium runway. All aircraft now land on the west side of the airport and take off from the east side, completing the desired one way system.

Work is progressing on the new northern satellite terminal that will consist of 5 large stands (2 domestic, 3 international) which have already gone into operation and 8 medium stands (3 domestic, 5 international).

The baggage system has been reconfigured to move all security scanning into the main terminal, baggage bays remain in the satellites however.

A catering service has also been introduced, this is provided from a depot on the south side of the airport (near the ATC Tower and waste collection) 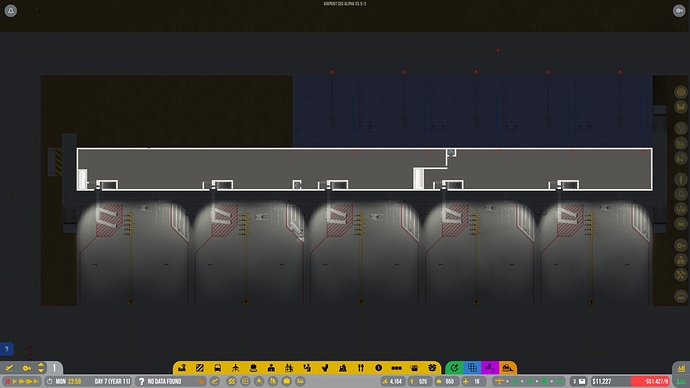