This is a code-mod that is currently in a very early state. Its my hope that the mod eventually far outgrows the name. Features (bolded are new or improved in latest major update):

Cargo flights are determined on an airline basis: an airline is either 100% cargo ops or 100% passenger ops. Cargo airlines are identified by the presence of tags in the airline name including “cargo”, “freight”, and “logistics”. This tag list is user-editable, so for instance if you wanted Zoom to become a cargo carrier, this could be accomplished by adding “Zoom” to the tag list.

These are great quality of life enhancements, but they are also very much “hacks”. When rescheduling multiple flights, only the first is checked for overlap with other flights. The reschedule of active flights, intended to allow last-minute stand changes, is even more permissive. You can absolutely get yourself into trouble if you’re not careful, but for me this is part of the fun

This mod is installed via uModFramework. This framework allows me to inject my code into the game at runtime without modifying or redistributing Apog Lab’s code. The framework can be downloaded here. Mac users may need to follow the work-around instructions on this page (which also contains the install guide for other platforms)

From there, Windows users can follow this link and hit the “Install” button. Mac/Linux users will need to instead use he “Manual Download” option and install the mod manually.

Launch airport CEO normally. Access the UMF menu with shift-F10 and verify that “AirportCEOtweaks” is installed/activated. If you activate (or de-activate) the mod in-game, restart the game for changes to take effect.

UMF manually verifies the safety and integrity of mods it hosts, so the version available via UMF may lag the forum post by a couple of days. Mirror links are provided for those who don’t want to wait/those who need to roll back.

Cool stuff! Maybe you can set something for us airline modders?

Feel free to make requests: one of my goals is to open up the possibilities for mods which don’t get into the game code as much as I can. For instance, when airlines get more “personality” the features will all be configurable via json or similar config format.

Wow… This is really getting serious. Amazing works, I’ll definitely check it out!

Also, this mod is incompatible with:

This mod will allow you to change turnaround time in flight scheduler, set default turnaround duration based on flight size, allocate more time for remote stands, and set minimum separation between flights for each flight size. This mod is also released [on the discussion board of Steam].([MOD] Negotiable Turnaround Time and Autoplanner settings :: Airport CEO General Discussions) For 1.0-36 Features Adjustable turnaround time, by steps of 30 min –Minimum duration for turnaround is 30 min…

You could also add some of those features into your mod

Whoops; I meant to note the incompatibility in the main post.

I do intend to implement some crossover with that mod, though from a slightly (okay, radically) different angle.

Where negotiable turnaround time gives you more control over automatic and manual planning, my aim is to make there be less need for automatic planning by improving the manual planing experience. Airlines will have the direct control over turnaround time (those planes have places to be!) and the player will have indirect control by choosing contracts and flights that fit the needs/wants of the airport. I hope to create a game-play loop where a carefully constructed & optimized schedule is difficult to set up but easy to maintain.

On another note: I know that there will be interest in making these mods compatible. It is not feasible on my end. My technique of patching with the Harmony library is preferred in most unity-game modding communities for many reasons, including that it plays well with other harmony patches. The only way to be compatible with a mod like Negotiable Turnaround Time, which takes a more invasive approach to modifying the game code, is to maintain a completely separate version of the mod for this particular compatibility.

I will have a go at allowing the player to cycle between short/medium/long turnaround time settings for each flight type, but for now I’m not going to be doing surgery on the auto planner and it will be limited to flights with the default (vanilla) turnaround time.

Really interesting to see where this goes… 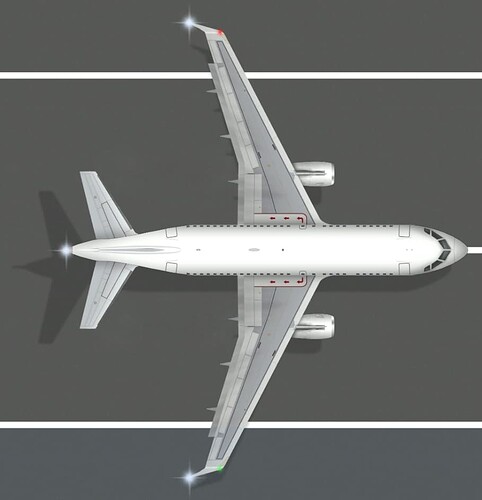 I believe Air France is like the last European company to fly it. I would definitely want this in game!!! <3 <3

In preparation for the new airline mods to come out using this CBM, I created a “fake” workshop item that modders can mark required. It just says to download this mod w/ a link to the original post of this thread.
Modders how to use:

I don’t know what is possible or whether you’re taking suggestions but…
I really want the small/medium/large flight filter on the flight planner to work at the contract level, so that I don’t have to hunt through every contract to find which ones have large flights available.

Thinking of my own experience… I completely agree. I’m actually working with code adjacent to that right now as I set up variable turn around times; if it’s an easy enough thing to add I’ll put it in the next update. If it’s difficult it will still go on the list for later.

I originally planned a more ambitious update, but there are things that, while the technically work (sometimes)… they are not ready yet. This update contains play-adjustable turnaround times when scheduling manually, as well as the “unhide layers hidden by z-level” feature that a few livery authors were waiting on to ensure compatibility of look alikes that use this mod with unmodded installs. Airlines will also offer flight more directly on the basis of their satisfaction and size.

Everything below is not in 1.2.0; but is considerably closer to being realized given the groundwork that is in 1.2.0. Much of it is technically implemented, but is still to buggy to be enabled for general use… None of it is impossible.

What I’ve been working towards is really an overhaul of the flight planning game-play loop. The core concept is that your airport will be asked to handle several different types of flights with differing requirements. For example, commuter flights will demand a short turnaround time and prime hours, but reward you with extra bonus money. A high-class international flight will require extensive servicing on the ramp but may not be quite as picky about departing at rush hour. Cargo flights will typically ask to park for many hours, but don’t need almost anything from you during this time, and are happy to be scheduled at night when the passenger flights are in less demand.

To make the differing flight types feel a bit more authentic, they will be assigned by differing types of airlines. Crown talks big talk about being the most luxurious flight in the sky, so you won’t ever see their plane come though requesting a record breaking turnaround time and no catering. Likewise real airline mods should be able to simulate both budget carriers and VIP exclusive services.

Because there suddenly a lot more meaningful choices to be made about assigning aircraft to stands and flight times (think about a high-volume economy stand with many boarding desks vs a remote stand for cargo and contingencies), the auto-planner cannot be expected to keep up. That’s why I’m interested in making the manual planning experience a lot less tedious. Airlines will offer flight contracts which renew; growing in length to reflect their confidence in your services… or being canceled if you fail to meet the requirements you signed up for. If you do your job right and assign flights to times and stands that can satisfy their particular needs, those flights will continue to operate on your schedule (almost) indefinitely; or until its you who thinks its time to change course.

Hey, is there a discord server for this mod?
Also - is it possible to add flight crew like in sim airport and for the general aviation a pilot or something.

So just to clarify, this won’t conflict with other mods other than the Negotiable Turnaround Time and Autoplanner settings mod, right? Also, will this mod run at all times while ingame, or just when activated. Thanks!

this won’t conflict with other mods other than the Negotiable Turnaround Time and Autoplanner settings mod, right?

Afaik those are the only two other published script mods for this game. All other “mods” are actually just contracts with skins and/or logos. Those won’t have a conflict.

Hey, is there a discord server for this mod?

@t1a2l I am on discord and am particularly active in the ACEO modding group discord. A dedicated discord is a “maybe one day” but feel free to reach out.

Also - is it possible to add flight crew like in sim airport and for the general aviation a pilot or something.

It is something I’ve thought about and think would be neat. Right now I’m prioritizing features that change how the game plays in terms of player decisions. For now, there are a lot of things that would take less effort to make happen and add more to the experience of playing the game. As I build my competence reworking the game’s systems there may come a time when I decide to do this as a side project, but it definitely won’t be for a while, and I can’t commit to it.

So just to clarify, this won’t conflict with other mods other than the Negotiable Turnaround Time and Autoplanner settings mod, right?

@ATS_guy andyc is correct that all airline/business mods will work fine; the only place where I interact with these is in making new features optionally available to them.

Also, will this mod run at all times while ingame, or just when activated. Thanks!

The mod will run only when activated. The default behavior after installing is that the mod is activated, but deactivating it lets you play without the mod without having to manually uninstall. I’d mostly expect this to be useful later on in development once the game-play balance is significantly altered by my mod.

I had to do a manual download, because of some issues with normally downloading it, even though I’m on PC. I have downloaded it but how to I put it in the game now, (since I did a manual download.)