Airline Description: Icarus Air is a cheap and cheerful airline, which operates around Europe, the Mediterranean and North Africa. Based in Greece, the emphasis on punctuality and cheap fares have previously led to safety concerns over the aircraft and how the airline runs, with several large accidents in a chequered past. 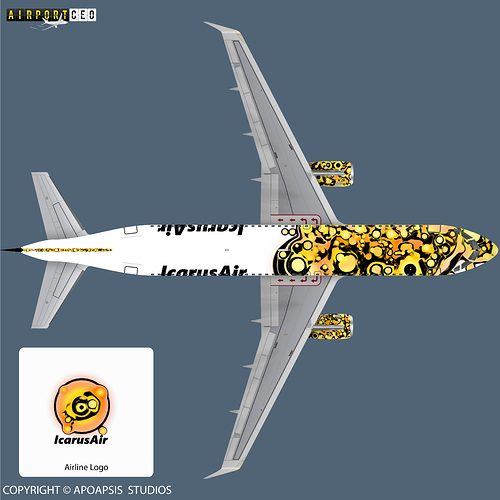 Damn, i like the design. Maybe rename it to Fly Icarus or Icarus Airways