I have a problem - PLS HELP

I have a problem seen on screen. IDK whats going on. PLS help me. 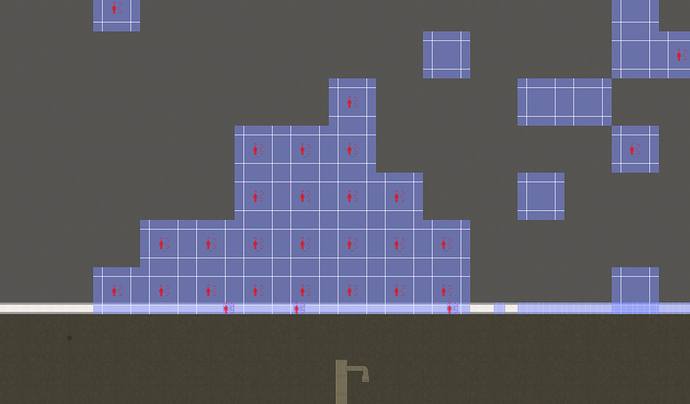 This means construction workers have a problem finding their way. Unfortunately the icon doesn’t go away when it’s fixed untill the item is built

can you decribe more - what is going on and what is happening?

Is it on 2nd floor? If so, you need stairs or escalators

I had a similar issue, although just with one square. Same symbol, but after some time (and before I could file the bug report), a worker just got there and finished the construction.
As your problem seems to stay for longer time, you should file an ingame bug report to allow the devs to check the issue.
What seems weird to me is that some parts don’t show the symbol, so the area is not generally “unreachable” for the workers.

Ya I have seen this before. I was building a long sidewalk and all of its was built bit just 5 or so were not built. Just replace them and it should fix it

Today I had the problem again, reported as ACEO-20749. Just one tile of a larger area not built with the pathfinding symbol, after a few minutes it finally was built.