I have changed, built new stands ect but on flight planner it says that I do not have any available. Is this a bug or it is something that I am doing wrong? All replied are appreciated! 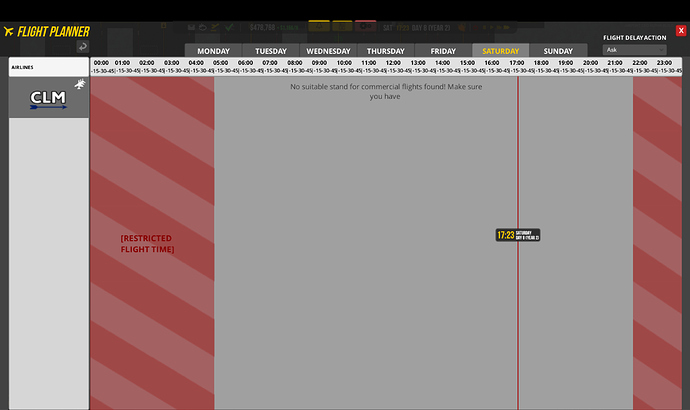 Did you enable commercial flights on the stands and open them?

yes I did, and its still not showing

Can you show us your airport?

Same thing is happens to me. I had 2 stands still working, mean time I have added 3rd one and then I got the same issue. Even it says no stand flight service is running smoothly through the existing 2 stands. But now I am unable to see the anything like the screenshot we see on the top

Can you guys please fill out a bug report? Don’t forget to include the save!

Yes I have done it. Thank you!

You followed the tutorial?

Actually it was working well until I add 3rd stand. The 3rd stand setup is done the same way as the first 2 stands.

Did you solve the issue?

I’ve the same issue now. I’ve build many airports now, and just started a new one on the hardest mode, but first time I’m stuck on getting stands to work. I’ve done everything right I believe, not sure what is wrong now, even the stubborn tutorial, which let me hire 4 more security guards… 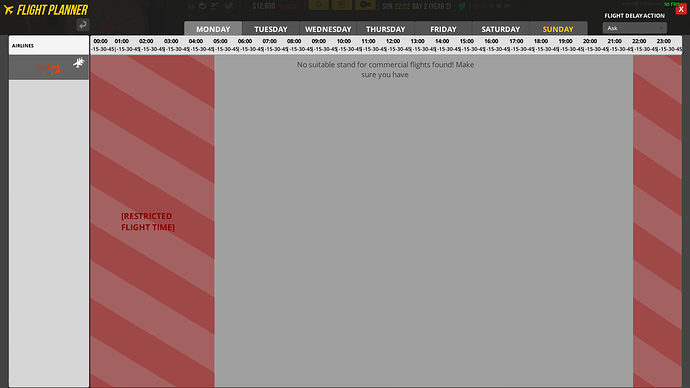 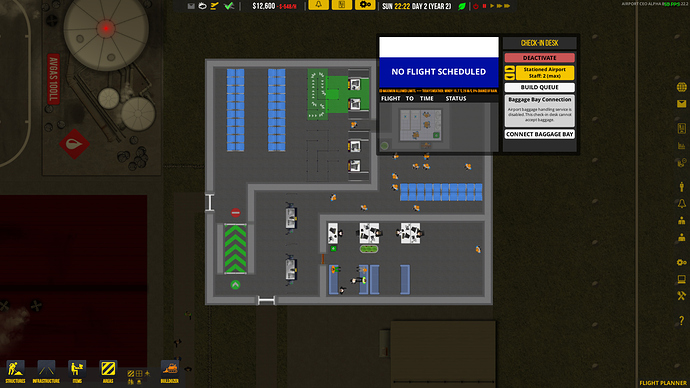 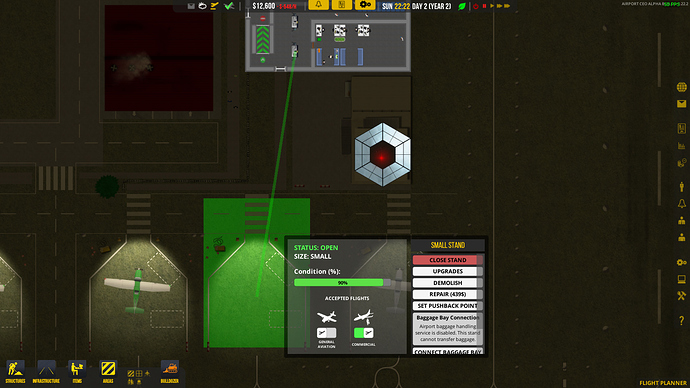 Runway open for both 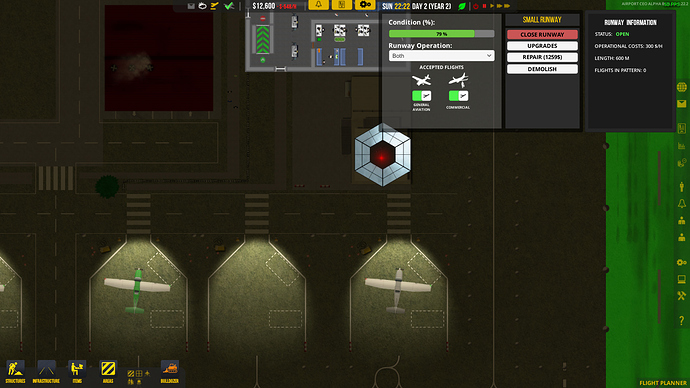 Security in place, entrance and exit, manned (not at the moment of taking the screenshot of course) 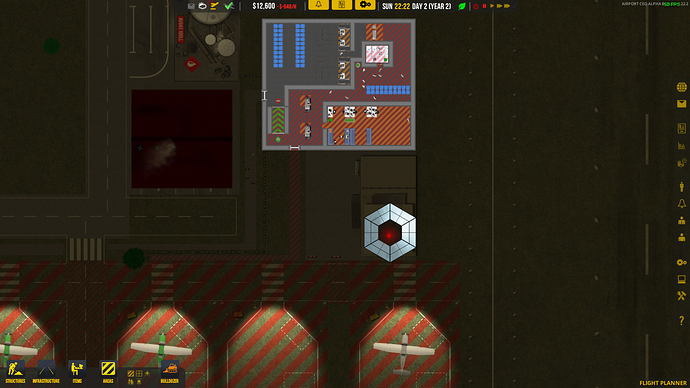 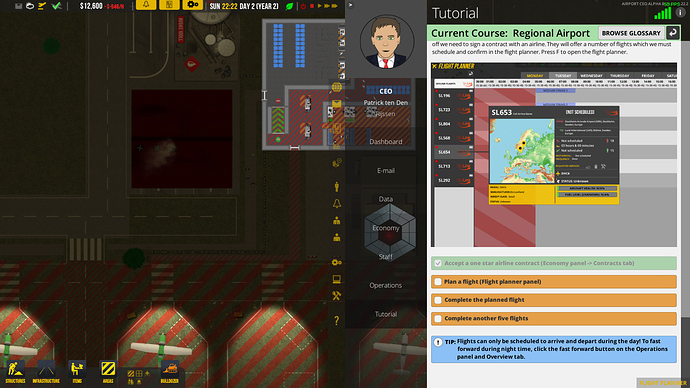 So what is wrong, can’t figure it out. (probably something stupid)

I also created new airport and it works without any trouble. The construction and other setups are same as I did for the old airport. I couldn’t figure out what was wrong with the old one. Since the new one is working I didn’t dig for it.

Meantime my system config is low. So I am unable to enjoy the game fully and do further development. Going to buy new graphics card.

You better spend your money on a good CPU and some Ram,more important than GPU for this game. Lot of pathfinding calculations.

Thank you! Do you have any problem with graphics? I mean lagging. What is your system config?

Are the stands connected to security?

By sidewalk,which I secured,also the doorway is secured.
But it does not show the blue lines for some reason,this was possible right? Remote stands like this?

Then it sounds like the secure area was not created correctly. Try save and reload, that will force an update.

For some reason the stands simply does not get connected to the security checkpoint.

Connecting a stand directly to the building does work, so somewhere outdoors it goes wrong. I double checked all zoning.

Is the security enabled (management panel operations) and set for staff and passengers?

I checked that, no interruptions.
@Dutchpilot Also all security is active.

As I said, directly connected stands seem to work.