Odd bug, but it appears a stair/escalator is functioning but entirely invisible, possible an old one which has been deleted. This error was not there at the time of rebuilding the effected area of my terminal it has developed I think as a side effect of other works.

In the centre of screenshot, just below the airport logo’s besides the doorways, those passengers lined up left and right direct are actually moving on an escalator up and down which doesn’t exist.

Amusing at first, but it has now effectively broke my airport so it’s became a bit fustrating

Thank you in advance for investigating the bug report - has anyone else experienced this? 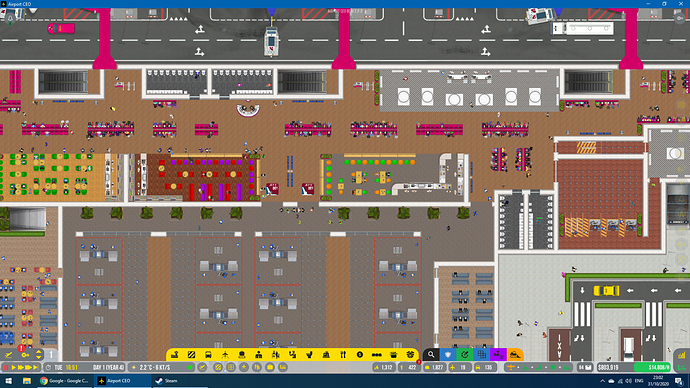