What scale is used in the game?
For example, the runway in the game has a length of 1000.
How long does it correspond to real life?

The question arose, because in the game of the Boeing 737 has a very small runoff and take-off run (it seems to me).

Also runway seems to be very narrow.
It would have to increase in width by 1 “square” on each side.

The game is not really consequent to it’s scale. This because some things would look very strange, like runway lenght and a person. So the airside and inside are not on the same scale.

The in-game runway has a width of 5 big squares and therefore is 20 meters width. Which doesn’t look to bad with small planes. Bigger planes do look kinda off, but wider runways will be added later on.

Now imagine a full size runway of 5,5 kilometers long, this will be 5500 squares, next to that, there is a check in desk, which is not wider than 0.5 meter or half a square. It would even be visible when zoomed out.

Example, imagine a check in desk on this picture, it would me more than 20 times smaller than a pixel 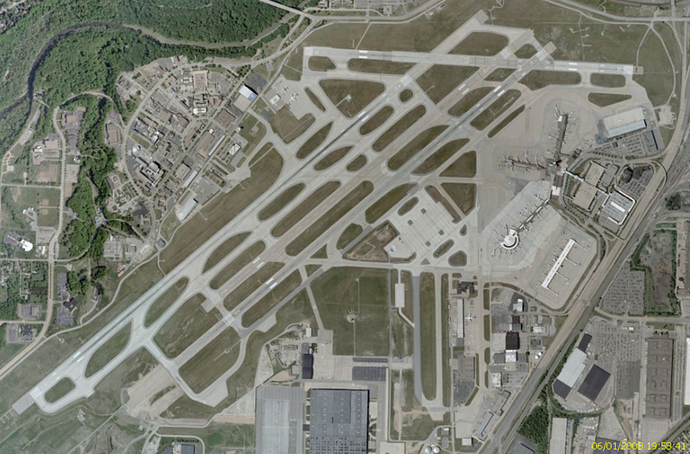 So, scale is not very realistic in game, but it makes it some much more playable than a realistic scale.
I hope that answers your question

I can’t remember exactly where it is they mentioned but the scale ratio of indoor objects to outdoor objects is not exactly 1:1 either. So the outdoor objects have been downscaled slightly in relation to the indoor ones.

Thanks for the answer!
But here the question with a length of run at landing / take-off remains.
As it seems to me the mileage of the Boeing 737 and the a320 airbus is short. It would increase the meters by 150-200.

And in real life, such aircraft do not deploy on the runway. Only if there is a “pocket” for the reversal.
Usually, after landing, they drive to the nearest exit.

I agree that the landing distance looks kinda short. You can upgrade the length of the runway for the visual aspect.

If you think this is a serious short coming for you, you can suggest it as a improvement to de Devs by filing a bug report. Change than “bug” into “improvement” and explain clearly what’s odd.

That’s about it I guess.

Ps. With reversal you mean backtracking?

It was also a performance consideration. a true sized runway would mean you need all tiles unlocked and then some. At the moment the game is not optimized enough to handle that kind of area.
Plus it would mean a whole lot more taxiway to be built and a massive increase in time a plane needs to taxi.

Which is realistic and man would i love that, but the current setup takes a bit of the wait out of that, making it more fun