Forum logo a tad too small?

Is it only me or should the logo on the forums be more bigger? I have 1080p 17" screen and frankly, I can’t even read the text on the logo, not to mention distinguish rest of it?

I agree. I think it should be a bit bigger.

From my perspective it also looks very low res…

Personally, I have no problem with the logo, but it does seems a bit too small.

That being said, the logo in the front page is too low res. I guess it’s the same logo?

Agree, had to ask NASA for one of their telescopes.

This is very weird. I have a retina screen and it looks fine over here. I’ll investigate…

Main page: the logo on the left side in front page is okay for me, but on the main splash image, together with the image, is very low res 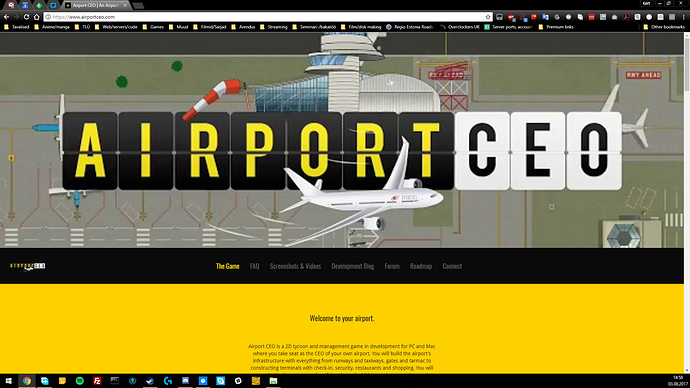 Main page: the logo on the left side in front page is okay for me, but on the main splash image, together with the image, is very low res

That image is actually not an image but a placeholder for a video that’s supposed to be rolling in the backgound. Nothing happening for you I guess?

On my site the video isn’t playing. Also the graphics of the video are not really good.

So I can probably say that the video isn’t working

Indeed, nothing happens for me. Neither with Chrome or Edge.
Initially I thought it’s my slow internet, but it’s not loading anything anymore, still image.

I cannot see a video either (I’m using Safari). But when I right click on the image, I can open the frame in a new tab, and that will take me to a page filled up with a YouTube video. It’s strange that the video doesn’t show up in the frame directly… It’s there, but it isn’t

Edit: the picture is hi-res now, but I still cannot see a video, when I open the frame in a new tab the video still comes up.

me too and I’m using windows 10 and Firefox.

Or maybe the video is removed with a picture?

We’ve made som changes to the website. Not sure what to do about the forum logo, the original image it uses is of very high resolution so we’ll have to investigate some more here when we have time.

Maybe the forum logo is so small, because if you look at the image directly, there are whitespaces over and under the logo. You can check what happens if you remove these.