Hi everyone. I’ve been following this game for a while now and decided to join the community and share my first attempt to build a fairly large airport. I’ll be very happy to get some feedback and looking forward for the performance update so that I can finish and open all the stands.

I’ll give you some stats of what I’ve built so far: 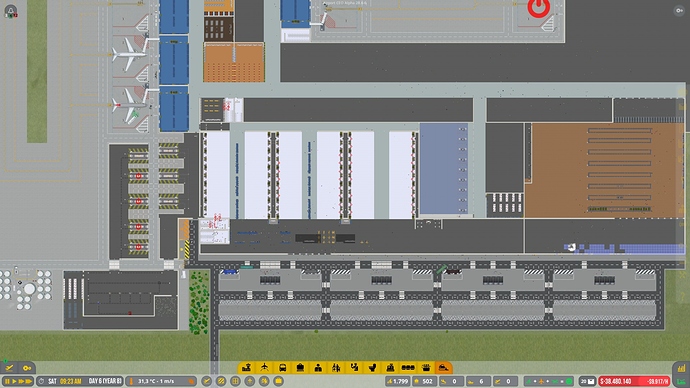 There is still a lot to do and only the left wing of the airport (Terminal A) is operational at the moment.

I’ll upload more images once I can - new users can only upload one.

Is your laptop/computer still alive…? 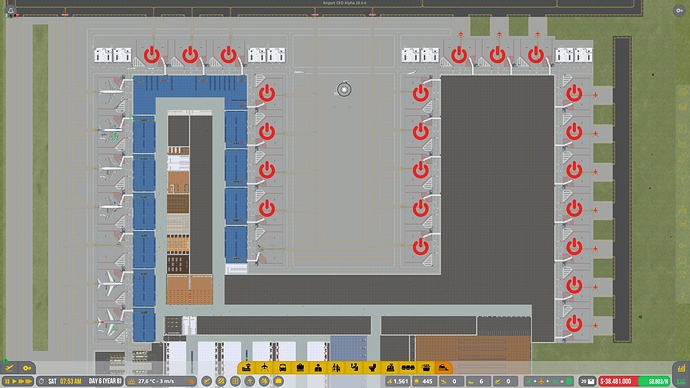 Yes @sunilkp1983 , my desktop computer is still alive. Most of the areas are not detailed yet and I have only opened 8 gates so far.

we’ll have that fixed soon

Let’s see what my specs are, I built it almost two year ago.

Thanks @Jettuh I’m really looking forward to the performance improvements so that I can open up another 6-7 gates. 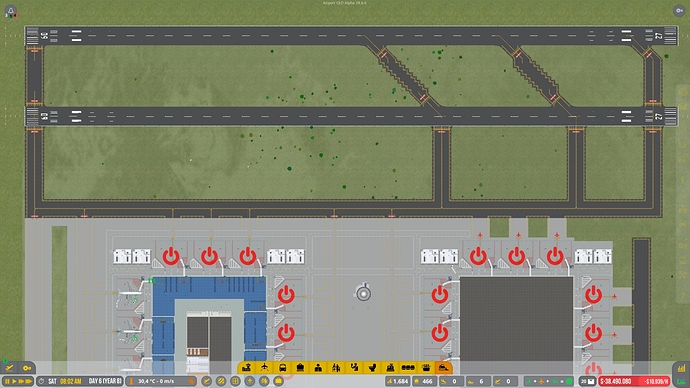 I’d be great if you uploaded this to the workshop, I’d like to see how it runs on a mac, lol.

@Carrot I never done it before but when I have a bit of time I could try to uploaded it.

I’m setting up all the stands and waiting for the new release to try to open 20 stands at once and adding one more per day.

Made a bit of progress and opened up the whole terminal A with 15 stands (3 flights per day on each stand).

The game is still playable providing that during rush hours you don’t open the menu.

It’s quite difficult to achieve having the flights leaving on time and the main issue that I’m having is to have airport staff going to the check-in and boarding desks in time.

I have a big surplus of staff. I built two specific staff rooms only for airport staff. One in the terminal (secure area) and one just behind the check-in desks. I’m still experiencing staff that is showing up around one hour later than the opening of the boarding or check-in. Any advice?

I think at this point of development there’s not much to do, it would great if we could set up how much in advance staff should show up to stands.