Got a good one here. Building my latest plan methodically, only “cheat” is to turn off construction simulation once I like the planned segment.

After debugging the layout I had four medium gates on the first concourse working fine for everything, then I noticed baggage was piling up in the claim area.

I look back to the concourse and see that everyone likes my airport so much, they’re not leaving. Right now I’ve got 1455 pax milling about aimlessly at 2 in the morning with nothing to do and nowhere to go, apparently.

Paths and zones have been checked and rechecked (and were working fine for the first dozen flights or so). Clearing nodes and sending home have no effect.

And I was really liking this layout, too… 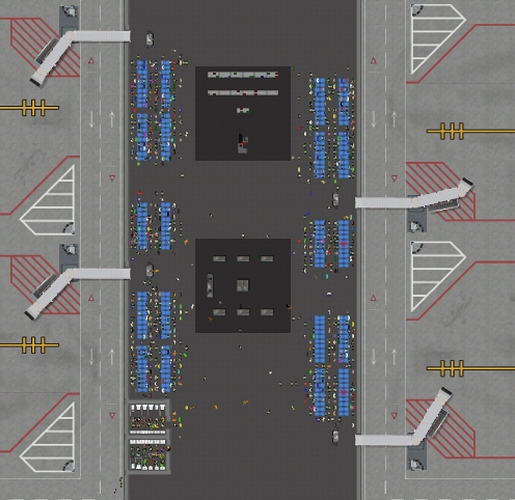 The zoning’s fine, and as mentioned in the original post, pax had already been exiting prior. No changes were made which is why it took several flights unloading but not departing before I noticed.

Here’s the closer view showing zoning. I should note that the center two exits were added after the problem started; I do see that one of them had a bit of staff zone in it which has been removed. 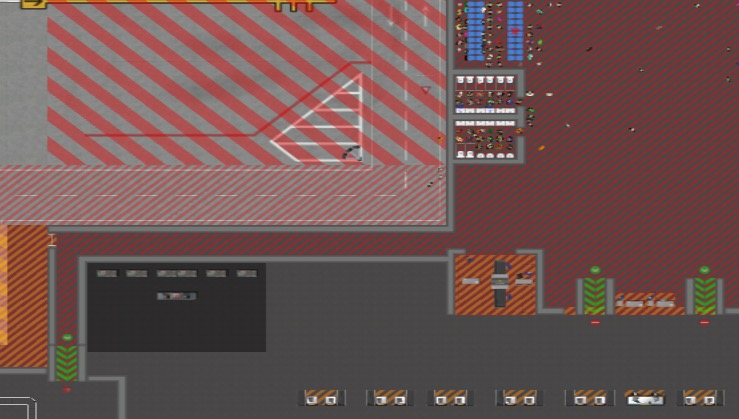 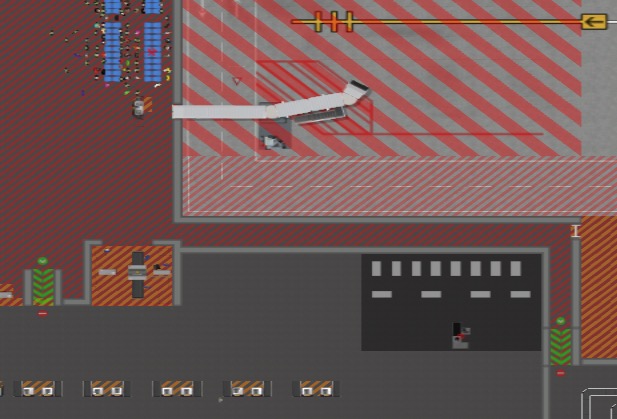 Emptying the PersonData.json file removed the problem, but isn’t what I consider a cure.

Relocating the original exits closer to the main concourse instead of adjacent to baggage claim seems to have helped; it seems the pathfinding doesn’t like complex routing.

It looks identical to the Toilet refusal problem I had earlyer and posted about.

Paths and zones have been checked and rechecked (and were working fine for the first dozen flights or so). Clearing nodes and sending home have no effect.

Can I get a save on this from before you emptied the save? I.e. a complete save that you send in via the bug reporting sheet on the website?

I send you the toilet problem bug with safe and log.