Airline Description: Cross-Check Airlines is an inexpensive international passenger airline focusing on their stellar safety record over the frills and accouterments of other airlines. As a result all in-flight entertainment doubles as on-board safety instructions. Frequent films shown on flights include “Ferris Bueller’s Day of Stowing his Baggage in the Overhead Bin” and “Pirates of the Emergency Exit Row” 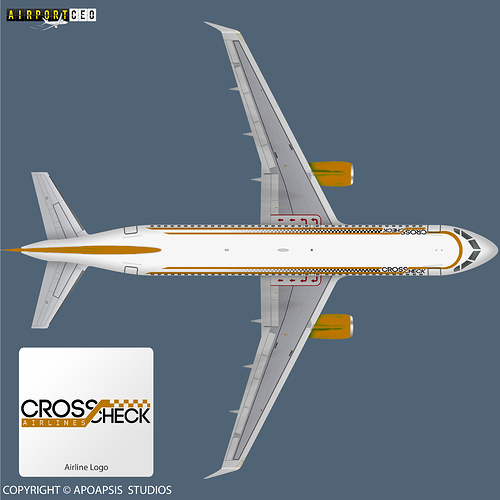 It is different than what I have seen until now. But it looks nice

haha thank you for the encouragement. Hopefully it stands out in a good way!

An alternative livery I liked a little less. 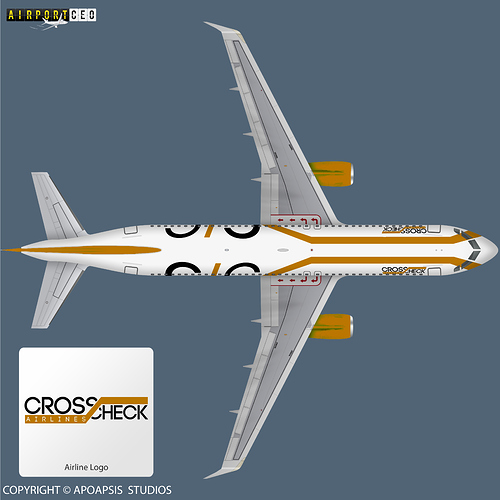 I really like the logo (and the name) but neither of the things on the plane quite work for me.

what do you mean?

Not sure, sorry. It’s just a feeling i have where I look at it and it just doesn’t totally click. (It could also just be me) I’ll ping you if I come up with any ideas before the deadline. 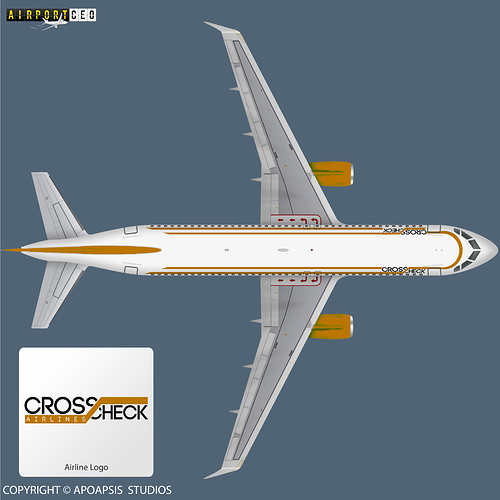 I quite like this one here. It seems more fitting. a cool touch may be a small checker pattern just on the side of the text between the lines? Just a random thought. I like it! 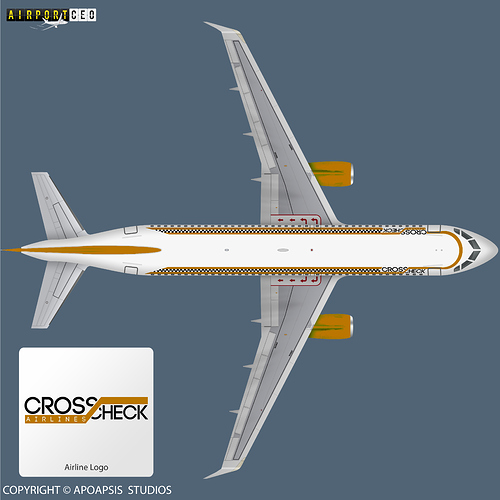 I didn’t mean all the way, but that looks kinda cool!!

perhaps on a gradient? 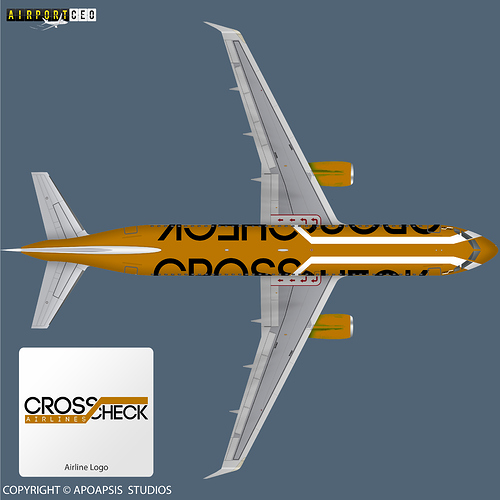 That’s what I meant! Looks good!!

In order to judge this design we need to know which one you intend to enter into the contest.

I suppose I’ll enter the most recent edit, or the one most immediately listed in the first post. (Checker gradient along the sides)