I wanted to talk about what aircraft and features should come along with large stands or maybe even extra large stands. First I will go over new features that could be added to medium stands and the aircraft to give you guys some perspective on the rest of my idea.

Features:
The medium stand has a maximum of 1 jet bridge. The medium stand should be able to have pipes to refuel as an upgrade option to replace the need for fuel trucks but will not be needed. The ramp agents individually put the bags on a conveyor belt and then put them on a cart.

Features:
The large stand will start out with no jet bridge like the medium but for $10,000 each, you can upgrade to get up to 2 jet bridges. This allows one to attach to the front and one to the middle. The first class passengers would enter through the front door while the economy would go through the middle door. This will allow for faster boarding times preventing delays. The pipes for refueling will be an upgrade option but if you want to use a fuel truck it would have to be the larger trailer truck because the planes are that large. Most planes of this size do not individually load bags. These planes use a pallet filled with bags that are made to go into the cargo hold. If you do not know what I am talking about I will include a picture at the bottom. The pallets will be loaded and unloaded at the baggage bays and then put on the plane. Putting the pallets on will require a new vehicle. Instead of a loader belt, there will be a platform that can go up and down to put the pallets on. Can be used as a remote stand.

Features:
This stand will offer the upgrade for 3 jet bridges, one for the front bottom, one for the middle bottom and one for the top front. Many airports that service these planes have the 3 jet bridge system. The refueling pipe will be included and refueling by truck will not be an option because the planes are just so large. The pallet loading system will be used just like in the large stands. Because of the size of these planes the stands cannot be remote, they have to be connected to a building. 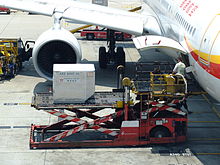 I hope Olof and Fredrik read this because it’s the perfect example of medium, large and Extra Large stands!

I love these Ideas. Hope they will be implemented once we have big stands (or even bigger stands)

First we need to build some proper big pushback trucks

However, some aircraft stopping positions could also be adjusted a little bit to have more room in front of the aircraft. I’ve noticed that e.g. the E190 stops very late at the medium stand. Maybe its parking position could be moved a little more to the back of the stand.

And finally one note regarding the different stand sizes. In my opinion it would be cool when stands are “backwards compatible”, that for example a B737 can also park on a large stand. Of course in this case, only one jetway can be used.
At a lot of airports this is a usual procedure in every day operation.

In some large airports they use a larger stand to hold 2-3 flights. I think we should be able to use one large stand that will be able to service 2 medium flights 3 in a large stand. The planes would be parked in a angle from each other but it could hold multiple planes.

Yes, I’ve asked if we’ll be able to do that as well a few times. 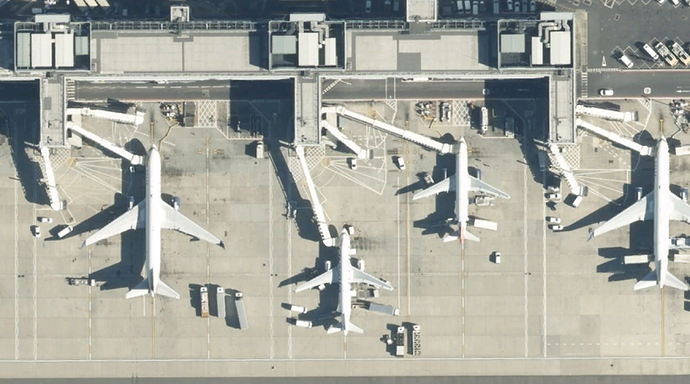 Since large stands are already included and meanwhile A380 and B747 uses them, I am going to lock down this topic.